When Duane Betts, son of Allman Brothers founding guitarist, Dickey Betts, and co-founder of The Allman Betts Band, first started to play guitar around 13 years old, he asked his Hall of Fame musician father for a little advice. While Dickey was known for his robust – even shrieking – playing style, he offered his son a more philosophical, even Zen-like response.

“He would tell me, ‘Just go outside and play to nature,’” Duane remembers. “’Go watch the river and play to it. Play what you’re seeing and feeling.’ And he said, ‘Go play to nature and try not to offend it.’ I use that one often because it’s pretty profound.”

Since those early teenage years grappling with the six-string, Duane has gone on to his own musical success, both in his solo projects as well as playing around the country with folk-rock bands, like Dawes. More recently, though, Duane has joined forces with Devon Allman (son of Gregg) to form The Allman Betts Band.

The group, which also includes Berry Duane Oakley (son of Allman Brothers founding bassist, Berry Oakley), released their appropriately named debut LP, Down To The River, in the summer of 2019. Recorded in the legendary Alabama studio, Muscle Shoals, famous for its roots and rock records, Down To The River is an LP steeped in the 70s style of the band’s famous fathers. But it’s also distinct. The album, which features Devon’s booming voice (see: “All Night”) and Duane’s nimble playing (See: “Shining”), is thick and catchy.

The Allman Betts Band celebrated the record’s release with a nearly 30-stop tour across America this fall but the group will punctuate the year with the third annual Allman Family Revival in December, a star-studded tribute to Gregg Allman that falls near his Dec. 7 birthday each year.

The event, which traditionally brings in big names like Robert Randolph and G. Love, among others, should be bigger than ever this year, says Devon.

“It feels like playing five gigs in one night,” he says. “Everybody at the show has a connection with my father. The whole night is a testament to our extended musical family, a testament to how many people my dad influenced.”

While this is the third year for the Revival, which got its start at San Francisco’s The Fillmore in December 2017, it will be the first time that the show will hit the road, with three stops planned in San Francisco (Dec. 7), Denver (Dec. 8) and New York City (Dec. 28).

“This year we got calls from 10 different places asking if we’d like to host the Allman Family Revival there,” Devon says, noting that the show is enough work just to perform at three cities. “There’s a mega list of responsibilities. There are 25-30 people who play on stage and an all-hands-on-deck encore.”

The first Allman Family Revival took place after Devon took a year off playing music, following the “devastating” deaths of both his mother and father.

“I took a year off and huddled around family,” Devon says. “I took care of my affairs and mourned. But the real fucking healing came when we went back on tour and got love from all the people. I was like, ‘Okay! Now I’m going to be okay!’ Music heals.”

For Devon, though, while music heals, it can also be difficult to perform. His life – and the life of his very famous father – has been wrapped in music as much as anything else. And there are moments, Devon admits, when that can feel overly burdensome.

“There was a song we were doing for a while called, ‘Multi-Colored Lady,’” he says. “My dad wrote that for my mom. That one can be a little tough to play from time-to-time. Sometimes it makes me remember them in a good way. Other times, it’s like, ‘Fuck, why did I put that in the set list?’”

For Devon and Duane, though, music — perhaps above all else –bonds. They’ve grown as close as brothers, they say, and it’s helped both the sound of The Allman Betts Band and the yearly Allman Family Revival.

“There’s a certain pride between all of us kids of the original band members,” says Duane. “It’s pretty cool, I must say. I look over sometimes and I see Devon and I’ve known him for such a long time and though we’ve never lived together, or even in the same city, family is family.” 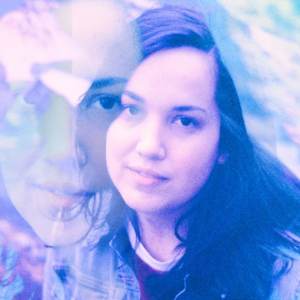