Jena Rose was nine years old when she took the stage with Don Henley’s “The Boys of Summer.” It was her very first serious performance, and it set in motion her entire career. A serendipitous series of events, beginning with taking voice lessons with a friend “because she didn’t want to do it alone,” have fallen like confetti around her life. Gearing up for the performance in question, her friend actually had to drop out at the last minute. So, Rose was left to perform alone. Her life changed forever.

“Right when I got onstage, I just knew that was what I wanted to do for the rest of my life. I loved every minute of it,” Rose tells American Songwriter over a recent phone call. While she doesn’t necessarily make the same style of music (she also cites Carole King as influential to her youth), she carries the singer-songwriter sensibility into her own brand of pop music, culling together such ‘80s influences as Depeche Mode, Duran Duran, and Blondie.

“It has been a challenge to hone in on a style, to be completely honest with you,” she says, “but pop music has been something that I’ve always loved, as well. I think now, especially with incorporating my love of ‘80s music, having those influences is really important for me.”

With her forthcoming new single, “Checkmate,” officially out June 11, alongside a music video greatly inspired by the hit Netflix series, The Queen’s Gambit, Rose proves she’s a tour de force. I’m tired of the games you’re playing / I see all the moves you make, she sings over a sweltering, gummy beat. It’s too late / Now, you can’t say sorry.

While not entirely based on personal experience, Rose does sprinkle in elements from various relationships and friendships in her life. Co-written with musician Nick Furlong, “Checkmate” is produced by Chapters, a producing duo composed of Simon Jay and Luke Shrestha. “You write songs so that you can relate to them or for other people to relate to them. If I can affect one person with my words, that means the world to me,” says Rose. “So, that’s my goal with songwriting. I’ve had people come up to me after shows and tell me a personal story.

“The song, in general, took a lot of influence from The Queen’s Gambit. I watched that show, along with so many other people, during Covid. I was so inspired by the girl power. Chess is one of the only sports in which men and women are on the same playing field,” she continues. “I thought about how I could apply that to music. The game of chess is so strategic and that game play relates so much to our relationships.”

The accompanying visual, directed by Veronica Zelle, with choreography from Richy Jackson (Lady Gaga), draws stylistic flourishes from Britney Spears (keep an eye on the custom body suit) and Alice in Wonderland, as well ─ culminating in a trippy, rabbit hole excursion around the “strategy of a toxic relationship.” The sequence “transitions from a sweaty apartment where I’m playing chess with an ex” into “this crazy, whimsical chess world where I play the Queen and will eventually kill his King.”

Originally from Dallas, Rose took piano lessons at four years old ─ because she was jealous of her older brother. “You just need to do everything that your siblings are doing, of course,” she laughs. “I started with sheet music, and I think as a four or five-year-old, it’s really hard to get kids to focus. It wasn’t until I started playing songs that I heard on the radio and songs that I liked and listened to, that’s when I really loved it and stuck with it.”

“In my childhood, I always had people ask me, ‘How could you even write a song? You’ve never been through anything.’ Fair play, but anyone can write a song. You just take influences from things around you in the world with your own experiences,” she continues. “My songwriting process now is pretty much the same where I just take influence from the world around me. Sometimes, it’s me sitting down at my piano just feeling whatever I feel and playing chords. Melodies come and then the lyrics. At other times, I go into the studio with a producer or co-writers and work from there. So, it just depends, but I write every day on my piano and guitar.”

Rose began releasing singles six years ago. Fortunately, an encouraging circle of friends and a supportive family have kept her ground, especially as her star continues to rise. “I feel like a lot of kids may not know what they want to do. But I have always known,” she says. “That’s been a security blanket for me. I’ve always said no plan B. I’m going to get there one way or the other. I don’t feel like it affected my childhood.”

The rising performer, who has toured with the likes of Aly & AJ, Echosmith, and Why Don’t We, has amassed quite a fashion brand, as well. In many ways, it’s an outlet that gives her a separate avenue of self expression, allowing for further personal growth and transformation. “I’ve discovered so much about myself through quarantine. I’ve been dancing more and finding parts of myself that I didn’t know were there. They do give me different feelings, but also they go hand-in-hand with music and what I do, as well. Fashion and music are very similar to me. It’s like writing a song. I love to be creative and express myself in fashion with cool vintage pieces.” 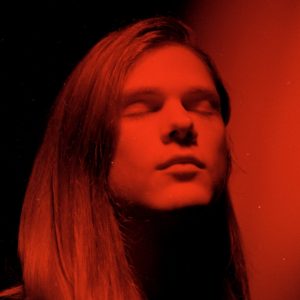 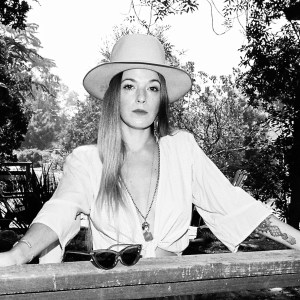