One of the best things about songwriting is that it gives the writer an outlet to say things they would never ordinarily say. While sometimes this can be an exercise of pure catharsis—allowing artists to get all their thoughts out of their heads and onto the page—other times, it’s a more explorative process. In fact, many writers find that once they turn the faucet on and their thoughts start to pour, they’re wildly surprised by what comes out.

One great example of this is the new single from the Pittsburgh-based alt-pop artist, Bishop Ivy—entitled “tunnel vision,” the song is a testament to how powerful of a tool music can be for therapy.

“I wrote this song to help myself process a break up,” Ivy told American Songwriter. “It’s about feeling unable to move on from a relationship, even after it’s clear that the relationship is harmful. I found myself constantly in my head thinking about it, and wanted to use songwriting as a way to get it out of myself. In writing the lyrics, I would understand what I was going through on a deeper level. Really, my situation was sort of like trying to run beside a moving train despite the dangers of getting hurt, as the first verse suggests.”

Paired with this introspective theme is the song’s vibey, R&B feel and Ivy’s voice, which floats like a feather over the tune’s hard-hitting arrangement. The perfect combination of elements, it strikes a complex mood—equal parts melancholic and uplifting. In a lot of ways, the complexity of that emotion is matched by the complexity of the relationship Ivy analyzes in the lyrics themselves.

“I hope people can use the song as a way to deal with heartbreak, trauma or whatever problems ‘tunnel vision’ can resonate with,” he said. “It’s meant to create something soothing out of a difficult situation. I tried to convey that in how the song sonically is relaxed, but includes a number of more uncomfortable or creepy elements. Rather than completely running away from the problem, the song is meant to embody running straight into it, perhaps to the point of becoming stuck.”

That attention to detail is palpable throughout Ivy’s work. Taking a holistic approach towards his craft, his lyrics always compliment the arrangements and vice versa. Yet, to his core, he’s a conceptual artist, holding ‘theme’ in the highest esteem.

“Lyric writing is definitely my favorite part,” he explained. “I make a game of trying to say the most meaning with as few words as possible. I love arriving at ways to phrase things that allow the listener to empathize with the writer. Going through that process helps me understand my own problems better too, because I’m forced to translate them into lyrics that anyone can understand.”

“I made my own MIDI-controller glove from scratch earlier this year for live performances,” he said. “In the future, I want technology to be a key factor in my creating new sounds and aesthetics.” Considering the tact and high quality of “tunnel vision,” that future is sure to be a bright one.

Bishop Ivy’s new single “tunnel vision” is out now and available everywhere. Watch the visualizer for it below: 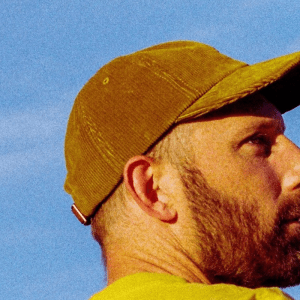 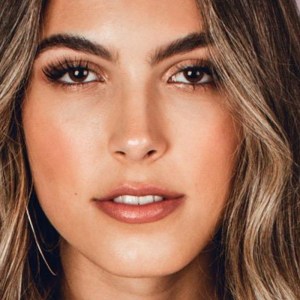