Trigger Warning: There is discussion on mental health and explicit details surrounding suicide and a suicide note. The album also contains lyrics and audio that might be triggering.

Five years ago, on New Year’s Eve, Kelc Galluzzo was tidying up during her shift at a local coffee shop when she heard a clear, distinct voice ring in her head. It said, “If this is what life is, I don’t want to be part of it anymore.” The voice was hers, but it was nearly unrecognizable. She closed up the shop early, shuffled home, and had the full intention of ending her life. “I decided I was done. I couldn’t do it anymore, and I didn’t think there was anything left for me to do,” she recalls.

In lieu of a handwritten suicide note, Galluzzo penned a song called “Bug Life” as her way to say goodbye. “It’s always been easier for me to put what I want to say into music, instead of just saying it,” she tells American Songwriter over a recent phone call.

“Bug Life” closes out Push Back, Galluzzo’s debut full-length record as her creative persona Jetty Bones. Brittle acoustic guitar gurgles beneath her, and the lyrics don’t shy away from what could have been her final moments alive. You were a wreck, and they would let you in / Cause you were a dirty mess / And they don’t want it on their carpet, she sings. So you felt like a bug, that everyone wanted to squish / But you wouldn’t give this up / No, you won’t give this up.

The song’s final third pieces together several real voicemails from family and friends, all “taken from various points where I was depressed and people I cared about were reaching out to me and trying to figure out what was going on,” details Galluzzo, whose voice can still be heard faintly whispering in the background. “But I never had the energy or the strength to really let people know or tell them. I didn’t want them to feel at fault or burdened. I think putting those voicemails was my response to them, saying, ‘I know you were reaching out to me.’”

Galluzzo goes one step further and includes a voice recording of herself—the last words she could very well have spoken, if things had turned out differently. “I just wanted to say I’m sorry. I’m sorry,” she says through fuzzy static. Her pain is palpable, marked with flowing, searing teardrops. “That part is still hard for me to listen to,” she offers in our conversation. “I thought that was going to be the last thing that anybody ever heard me say.

Galluzzo has struggled with depression and anxiety most of her life. Out of Ohio, the musician began taking therapy sessions when she was quite young. “I’m fortunate enough to be part of a generation where the subject of mental health has become more normalized,” she says, “but when I was in middle school and high school, that wasn’t an everyday topic of conversation. As committed as I was to normalizing that conversation, I still didn’t know how to really take care of it for myself.”

Writing “Bug Life” is also an “emotional response” to a then-abusive relationship, which would become the thematic basis for several of Galluzzo’s early records, including 2016’s debut EP Crucial States. “I was really isolated and still hadn’t figured out how to reconnect with people,” she remarks. Such loneliness fed her suicidal ideation as a monster in the dark, and her coming forward in such a brutally honest way is not an act of bravery. Rather, she’s simply sharing her truth.

“Putting this song out there isn’t an act of bravery or me trying to be inspirational by any means. It’s me wanting to show people where I am actually coming from—to help eliminate the idea that I have it all figured out,” she says. “I’m still human and dealing with this. Depression and suicidal thoughts are part of the mental health issues that I’ll probably deal with for the rest of my life. I shouldn’t be on a pedestal for my recovery.”

Push Back, produced by John Fields (Miley Cyrus, Demi Lovato, Ben Rector), shines with a plush ‘80s pop gloss, with supple saxophone present on standouts like “Nothing” and “Ravine.” A sparkling gem on its own, “Nothing” originally began as a much “sadder piano song,” but when Galluzzo began tinkering with its structure, she realized it had a far more voluptuous groove to it.

Fields cooked up the idea to use saxophone as an underpinning and called in his friend Andy Nelson, with whom he plays together in a Beatles cover band named Shabby Road, to lay down the parts. “Andy just nailed it. I have almost no pictures or videos from the studio, but I was just sitting on my phone recording this,” remembers Galluzzo.

Recorded within the same timeframe, “Ravine” was the “odd exception” to the recording process. It was only one-minute in length to start and needed more meat on the bone. “I actually woke up that morning, getting ready to go to the studio, in the fit of an anxiety attack. A lot of people who struggle know what it’s like during the days when you feel one coming on and how you can kind of stop it. But if you wake up in the midst of one, it’s so hard to pull out of it.”

She texted Fields, asking to push back the session an hour, while she recentered herself. “I tried to make myself a bagel. And I even put on eye makeup to try to keep me from crying it off. We all cope in our own ways, you know,” she says.

Once she hit the studio, it became clear she needed to “take all my actual anxieties that day and put them into the lyrics.” As with “Nothing,” Nelson took plenty of creative liberties, wrapping a saxophone line around the stark piano keys and dazzling outer rings. “He listened to the song once, and it came out. That man is a genius. He deserves all the credit in the world for helping turn this album into something important.”

In her most surprising musical turn, Galluzzo delivers a tight pop-country song called “Dolly,” a reference to Dolly Parton. Contrary to your popular belief / I’ve been drowning in the depths / So far gone and so dark / That nobody can save me, she sings. Galluzzo unleashes an unexpected vocal twang, among production that swirls like a Friday night hoedown—underlining the natural drive to the lyrics.

“This song would not have taken that [country] turn if I hadn’t been working with John,” she explains. “The whole song is about questioning who you are and being fraudulent—and it’s a suicide note because you feel fraudulent. What better way to show that than put it in a genre nobody would expect from me.”

Along her journey, Galluzzo makes sure to alleviate some tension with self-deprecation, as found with “Bad Time,” a collaboration with Heart Attack Man’s Eric Egan. I’m not really doing ‘better’ / I’m just scared and lonely, they sing in unison, a smirk lacing their lips. So thanks for coming to my show—I’m a fucking phony.”

“We should be able to share and discuss our mental health struggles the same way we’d share good news with someone. That does reflect a lot in the music,” Galluzzo concludes. “There’s really heavy topics underneath the music you want to dance to. Those things in our lives don’t have to be a contrast; they can be things that coexist on a day to day basis.”

Push Back is Galluzzo not only sharing her truth but inviting the listener into a new-found empowerment. “It’s the first time in almost 15 years of playing in bands that I felt like… I did this. It’s a cool feeling to have.”

If you or someone you know is considering suicide, please contact the National Suicide Prevention Lifeline at 1-800-273-TALK (8255), text “STRENGTH” to the Crisis Text Line at 741-741 or go to suicidepreventionlifeline.org. 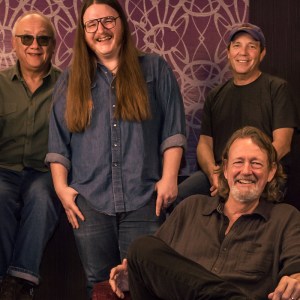 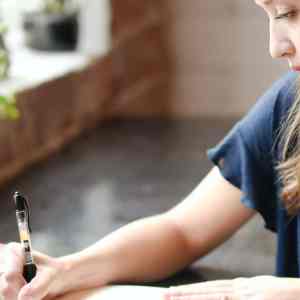