“I would say that we’ve always done, more or less, what we want, but then you always have to compromise,” says singer/songwriter/guitarist Ben Shemie, the ringleader behind indie-rock trio SUUNS. “This time, we arrived at a place where we feel confident.”

The band’s new record, The Witness, out today (September 3), contains “more ambitious, more lyrical” songwriting than on their previous four records. “It’s a nice change. It’s much more ambitious than what we’ve done in the past. So in that way, it’s a little bit of a departure,” Shemie tells American Songwriter over a recent Zoom call. “Every time we’ve made a record, there’s always been this sense where we start out with this idea, and we start pushing it. Then, as the process goes on, and as we start to produce it, especially once you’re in the studio, it starts to change, which is always a good thing.

“But there’s also this other thing that happens when you start adding things, maybe a song here or a song there, that you know that the label wants and you’re trying to fill it out to have more minutes,” he continues. “Maybe your heart isn’t in it as much, and you kind of have this sense that you’re never gonna play this song live. But it might be a cool song for the record.”

When the band一also composed of Joe Yarmush and Liam O’Neill一hopped off the tour in 2019, long-time collaborator Max Henry departed. The remaining members felt the brunt of exhaustion, and a reset was imminent. The Witness operates primarily as one song, theoretically speaking, eight separate components strung together with clunky, chaotic energy and a slimy, electronic-glued groove. It’s the sort of sonic palette that rattles, unmistakably, throughout every bone in the human body. “There’s a certain vibe on a lot of the songs that is similar, and you can get lost in the record,” says Shemie. “It’s a bit more conceptual than what we’ve done in the past.

“Witness Protection,” for instance, glints with distorted static, a mangling of moody, muted tones against a scattered drum kit. Lyrically, it slices deep into the current state of the world and how we are all voyeurs into a wholly unique and devastating time in human history. Whenever things become normal again, and they’re not likely to happen anytime soon with the Delta strain of Covid, it’ll be a whole new world.

“Things have changed, fundamentally,” he reflects. “I hope that the music scene and live music scene doesn’t suffer too much. My biggest fear at the beginning of this whole thing was that if you’re a musician, or an artist, or even in the journalism industry, you’re kind of living a little bit on the margins of society. You really see where you fit in the importance of how society works.

“You’re just getting by for years and years, and now, you just can’t survive. When we look back at this time, it’ll definitely be a turning point,” he adds “not just in music and the arts but in society. It definitely feels like we’re on the cusp of some brand new era, whatever that means.”

Furthermore, Shemie meticulously dissects “our lives are online,” he says. “We see a lot of the same stuff. In a weird, comforting way, that’s something that we all kind of have in common. It’s so intense, what we see all the time, and then you get kind of immune to that一to seeing all this horrible shit all the time.”

As he looks even further into the future, the musician predicts “we’ll have less empathy for each other, and we’ll be removed from each other, physically. It’s kind of generational, too. I think it’s really going to shift with the younger people,” he says. “If you’re a teenager now or a younger, your perspective of the world is so fucking different than mine. We’re gonna look back at this time and know that’s when the shift happened. I’m sympathetic to them because they’ve inherited this really shitty situation. I’ve always wished I had my mother’s life. She was basically 19 in 1969. Looking back, it would have been so cool to be that age, at that time, when you’re part of a really tangible movement and society shifted.”

“The Fix,” which he’d previously attempted numerous times to record, is among the set’s most layered, psychedelic textures and rhythms stacked one on top of another. “I just think it’s so rad,” he beams. “We have different gears as a band, you know. We have kind of a bit more of a dark clubby thing, and we have a bit more of a rock ‘n roll thing sometimes. And it all gets mixed together into this sound. In its weirdness, it has its own kind of logic.”

He’d had the demo for years, frequently returning to it to dress it up and down again with different mood lighting and musical tricks. “It’s not really trying to knock you out with a chorus, so it’s really just a riff. I think we do that really well as a band, just taking an idea and just fucking it up. So I always knew this was a cool idea with this kind of three-over-four polyrhythm thing that happens for a long time. I knew how the bridge was going to go, and I thought the arrangement was really smart from the beginning.”

But each time he tried to record it, “it just sucked,” he admits. “We couldn’t get it right.” His attempts to recapture the magic found within the original demo eventually paid off, however. “I kept pushing it because I knew it was a good idea. In the end, we finally unlocked it一I think by just looking at mostly from a percussion point of view and adding a lot of layers of rhythm.”

“Timebender” is another with an immersive quality, yet “it’s the most minimal song on the record. There’s so little going on. When we started to produce it together, I was pretty sure it was going to come out as a bonus track or something,” he says. “It was one of those tunes that kind of came together at the end, I think because it was so empty, and there’s so little happening on the song. And it’s kind of really groovy in a way that the other songs aren’t. It has its own kind of thing, which I really didn’t expect.

“A lot of times, there’s some fundamental fatal flaw in the song, and it doesn’t really matter how much you add to it, it’s never going to solve the problem,” he continues. “In the end, we just decided to not put anything on it to keep it super empty.”

“Go to My Head” retools a double-guitar, akin to Fleetwood Mac’s “Albatross,” with the sort of harmonization you’d find in jazz music. “I’ve always wanted the band to evolve that way,” he says. “The song still keeps the guitar identity of the band strong, but then also being able to open up the vocabulary of the composition.”

As the band suggests with the silky “Clarity,” a somber mid-album detour, Shemie has uncovered plenty of clarity in his own life through writing and recording the record, as well as enduring the last 18 months. “I feel so much more privileged than I ever have in my life. I value playing in a band, and you take it for granted because you’re always grinding it out and playing shows,” he says. “Sometimes, those shows are shitty, and sometimes they’re great. When you can’t do it anymore, you look back and you think, ‘Oh my god, that was the fucking best, I didn’t even realize how great it was.’

“I feel so unbelievably grateful for my good fortune. I can’t wait to get back. I don’t even know. I think I’m gonna start crying. If I start playing again, it’s such an enormous privilege. It’s unbelievable. From the band’s point of view, musically, I think it’s the same. We talked about at the very beginning, that kind of rabbit wheel of putting out a record and then touring and it’s kind of a slog a lot of time, to be honest. It’s really not that fun, because it’s a very physically demanding job.”

But “in the same spirit of the record, we’re just going to kind of do what we want,” he adds. “The way that we’re going to tour and as a band is going to evolve further. I think we’ll have the confidence to just say no to things.”

The Witness is more than a mere collection of loosely linked songs. It’s a display of their “confidence as a band to kind of push our limits in our songwriting ability and our production to a different thing,” he offers. “I write the demos, and then we see where it goes from there and if there is a thread. I definitely feel like that’s happened more and more, though, from a songwriting point of view, in general.

“There’s a bit more of a theme behind the record. It is a collection of songs, but the songs seem to kind of relate to each other more than they did in the past. Or maybe they related to each other in the past to where it was a bit more like, ‘okay, we want to party,’ or ‘we want to play fast or something.’ But now I feel like there’s a bit more of a lyrical or conceptual theme behind it. It actually makes the songwriting easier. You’re not just throwing everything at the wall. You’re really thinking about it first.” 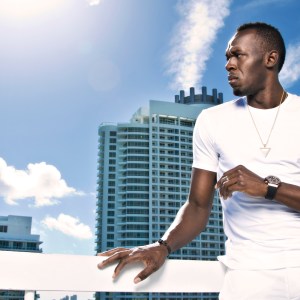 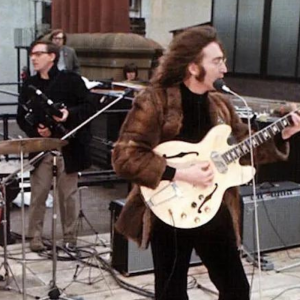