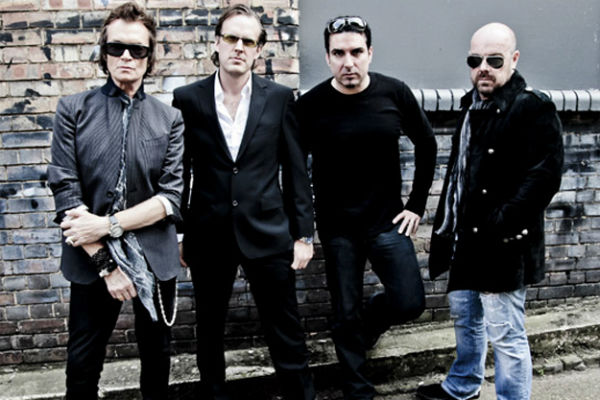 For a guy whose last two albums hit No. 1 on the blues charts and are both still sitting in the Top 10, Joe Bonamassa remains quietly off the grid. He was not mentioned in a mainstream music publication until the release of his 13th album. Despite his relentless touring schedule he somehow still has time to record and tour with supergroup Black Country Communion, the blues/rock tour de force with Jason Bonham, Glenn Hughes and Derek Sherinian. The band’s eagerly anticipated third album Afterglow will be released Oct. 30. He took some time to discuss the project, choosing guitars over a house and why 8 strings are too many.

When the band was formed, there was some controversy about the name. Can you explain?

There was a band called Black Country from Maryland that I believe got wind of our intention to call our band Black Country and immediately trademarked the name. That was settled many moons ago and they were nice enough to sell us the name. We were going to go with Black Country Communion anyway. We own both names so there’s no ambiguity

How did you write and record the first album so quickly after forming?

I have no idea. It was frantic luck. Glenn and I got together a few times. All the guys had a part in it. It’s a five member band. More so than anything, successful collaboration was the key.

Many groups comprised of successful solo artists experience their fair share of drama and creative differences. Have you experienced any of that?

Not really. At face value, a band is what it is. It’ isn’t anybody’s full time job. We get together when the time is right and make a record, and if we don’t feel the time is right, we won’t.

You could’ve bought a house or three quarter million dollar guitars. You said you chose the guitars in a heartbeat. Why?

When was the last time you had to fix the plumbing on a guitar or pay taxes at the point of purchase?

Why do you think heavy metal fans gravitate to this band?

We are sitting within the roots of heavy metal rather than heavy metal itself. The kind of music we play was the stop gap between Zeppelin and Black Sabbath. It’s hard rock. We’re not a heavy metal band and never wish to be.

Is this project a way for you to channel your inner rock star?

Absolutely, not rock star, but my tendencies toward playing rock. That’s always been something I’ve enjoyed and wanted to explore more. I’m not a rock star. I don’t dress the part or want to be anything like that. I just want to be a guitar player and always have been.

Your last two albums have reached #1 and you were finally mentioned in Rolling Stone. Is commercial success important to you?

After 14 records, yeah. What took them so long? It was nice that they did and we thank them profusely. It’s nice to get recognition and you’d be lying if you said you weren’t in it to make records for yourself and your family, but you want as many people to hear them as possible. At the end of the day, I think we’ve done good work and hopefully people recognize that, and if not, we’re happy to just keep making records for ourselves.

Now that there is an 8 string model, where do you see guitar technology headed?

Here’s the thing. I run a six string guitar. I tune it to standard tuning like the guitar was intended. That’s all I do. I have no idea what these kids are into today. They tune the guitars down to the point where they really become basses. I don’t relate to that kind of music. I’m a six string guy; I start with E and end with E. Then I have A, D, G, B in the middle. I have no idea where it can go, but it’s definitely going to evolve into something.

If you had to play a guitar other than a Gibson, what would it be?

A copy of a Gibson. I’m a Gibson guy. I’ve played all kinds of guitars in my career. I have a bunch of old Fenders I have a pretty formidable guitar collection (about 90 models). There are plenty of videos with me playing a Strat or an ESV, but when it comes down to it, it’s a Les Paul for me.

(Producer) Kevin Shirley said he envisioned this band as a 21st century version of Deep Purple. Does it feel like that to you?

That was the concept. It was a very throwback idea. I remember when the review of the first album came out. It was in one of those hipster magazines in the UK. They panned it and said that the album sounded like it was made in 1972. I started to laugh. That was the whole fucking point! How do you even respond to that kind of criticism? That was the whole reason why we made it. 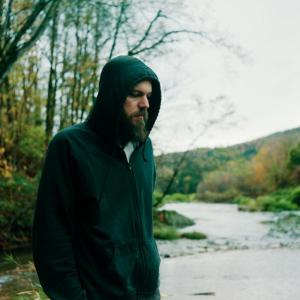 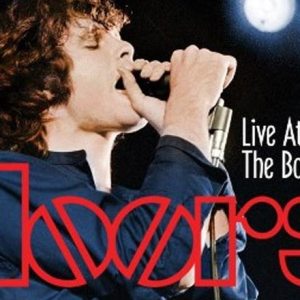