This article originally appeared in American Songwriter magazine in July 1992.

Many songwriters have to write hundreds of songs before they pen a great one. With John Denver it only took five. The fifth song that he wrote was “Leaving on a Jet Plane,” a tune that became a number one hit for Peter, Paul and Mary in 1969 and launched the career of one of popular music’s most highly acclaimed songwriters.

Penning such mega-hits as “Take Me Home, Country Roads,” “Rocky Mountain High,” “Sunshine On My Shoulders,” “Annie’s Song,” “Thank God I’m A Country Boy,” “Calypso” and others. Denver’s songwriting defined a decade of popular music. He has an incredible sales record, having 14 gold and 8 platinum albums to his credit in the United States alone. His Greatest Hits lp is still one of the largest selling albums in the history of RCA Records, with world-wide sales of over 10 million copies. Denver currently records for his own label, Windstar, distributed by American Gramophone Records.

A love of music and the environment, and the desire to communicate those passions to other people led Henry John Deutschendorf, the son of an Air Force officer, to write his first song at age 13. “I think it’s natural for anyone who starts to play a musical instrument to start pretty soon experimenting with melodies of their own,” Denver says. “I was about 12 when I started playing the guitar. I think the first song I wrote was when I was about 13. It was at a Presbyterian Church Camp in Arizona. One day I went for a walk up the Colorado River and the song I wrote was called “Sittin’ On The Banks of a Lazy Little Stream.” It’s interesting to me that from the very beginning nature was a big part of how I tried to communicate or articulate myself.”

Denver says it was about a year before he attempted a second song and then he just wrote sporadically over the next few years. “The fourth song I wrote was called “For Baby (For Bobbie),” he recalls. “It was written for a girl. And the next song I wrote was “Leaving on a Jet Plane.” That’s about the fifth song I ever wrote.”

Denver’s first big break as a singer also led to his first and only publishing association. He auditioned and won a spot as lead singer for the popular Chad Mitchell Trio over 250 other young hopefuls. Denver said he had never thought much about signing a publishing agreement, pitching songs or any of that. He says things began quite simply when he sand a song he had written for Milt Okun who headed Cherry Lane Music.

“He said it was good enough for the Trio and offered to be my publisher,” Denver recalls. “And he has been ever since.”

“I feel very lucky to have been able to sign with a very able, wise and honest man. And I underline honest because there are a lot of crooks out there that will make every deal they can, hoping to sign some young kid who has the greatest song in the world, make a fortune and pay the kid as little as possible. Unfortunately, that goes on out there. But you trust your heart and look for a guy who can do the things you can’t do.”

Denver says Okun has built Cherry Lane into one of the best publishing companies in the world and he has always been very happy with his affiliation with them. After more than 20 years with Cherry Lane, Denver says Okun approached him about starting a new company. “We have now established a new company called Cherry Mountain Music of which we share ownership,” John explains. “It was Milt’s idea and his offer. He said ‘John it’s appropriate you get a part of the business end of it too’.”

When asked if he had a specific method or approach to writing songs, Denver replies that he is a very unstructured writer. “I don’t sit down every day and try to write a song. For some people, it’s like a job and that’s what they do. They go in and try to write a song,” he says. “For me it quite often begins with a phrase like ‘leaving on a jet plane’ or ‘follow me’ or ‘back home again’ or ‘sunshine on my shoulders’.

“What’ll happen there’ll be a phrase or line that I’ve come up with. When I’m driving I’ll start writing the song in my head. Then when I get to a guitar, I’ll sit and play it on the guitar until the rest of the song comes. Some songs come very quickly. I wrote “Annie’s Song” in 10 minutes one day on a ski lift – that’s how I know it was 10 minutes. Then other songs like “Rocky Mountain High” took about six or seven months to write.”

Denver says he collaborates occasionally, but for the most part prefers to write on his own. He cites Joe Henry as the only other songwriter he’s collaborated with to a great extent. “If I get stuck lyrically, he’s the person I call,” Denver says then adds, “I’ve never gotten stuck musically.”

“Windsong” is one of the tunes Denver and Henry wrote together. “We sat up one night and talked about the wind,” Denver recalls. “Joe and I wanted to write a song about the wind and we talked and talked. I put out all these ideas and pictures I had in my head and he took notes. He stayed at my house that night and the next morning I got up and he had gone. The song was written out on a piece of paper on the kitchen table. So then the song was there and that gave birth to the music.”

Even though he had hits and seemed to master the craft of songwriting at an early age, Denver says he’s continually improved upon his craft and feels his writing has changed over the years. “It’s more mature,” he states. “It comes out of being able to look more honestly at the feelings, look a little deeper inside, articulate things in a broader way.”

Though his situation and his perspective on some topics may have changed since he wrote them, Denver says when he hears one of his songs, it always takes him back to the point of reference and feeling from which it was written. “Annie’s Song” is a great example,” he says leaning forward in his seat and smiling. “What the song makes me feel is what I felt when I wrote the song, not all the other stuff. It’s a great love song and what it is about is being in love. That’s what it makes me think about regardless what happened between me and Annie [Denver’s ex-wife].

“When I sing “Annie’s Song” and when I hear it, it’s about being in love and that’s what I think about. I don’t think about being in hate or divorce, and see that’s why it’s such a good song because it brings that out of you. It opens up that inside of you regardless. There was a time when I had a pretty hard shell around my heard in regard to Annie, but I could still sing that song because the song made me think and feel being in love.”

The thing that caught the listener’s ears in the 60s and continues to be Denver’s greatest asset as a songwriter is his ability to strike an emotional chord in his audience through simple, direct, clearly expressed feelings brought to life with vivid imagery. In songs as diverse as “Rocky Mountain High,” “Calypso” and “Grandma’s Feather Bed,” Denver not only tells the listener what he’s feeling, he takes them to that place with him.

A prime example is the short, soaring “The Eagle and The Hawk.” As Denver sings “I am the Eagle, I live in high country in rocky though they were swooping and soaring from the peaks.

The ability to move people with music is something that Denver is not sure can be taught through seminars and workshops. “I think you can be taught the craft, the technical ability, the rhyme and meter,” he says. “You can be taught all that…but I think songwriting is the ability to articulate in a musical way and lyrical way an experience, a feeling, a memory, a vision in such a way that someone else can hear that lyric or listen to that piece of music and have it mean something to them.

His advice to others who have that gift and are learning to share it is simple. “Don’t try too hard. Don’t copy anybody,” he states. “Just let it come through you.” 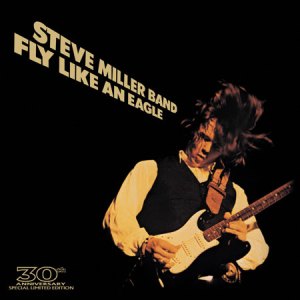 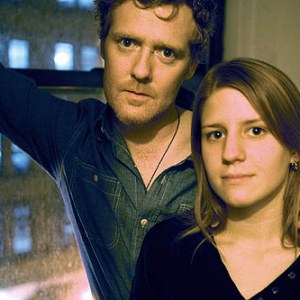