You have to go out of your way to avoid Jon Langford in Austin when mid-March rolls around. The broad-shouldered Welshman with the ruddy face and silver crew cut is seemingly playing at every backyard party or creating a ruckus at every Tex-Mex restaurant. He might be accompanied by the legendary British punk band, the Mekons, which he co-founded in 1977. He might be joined by one of his side projects: the Pine Valley Cosmonauts or Skull Orchard. Most often he’ll be with his Chicago cow-punk band the Waco Brothers. Not for nothing is Langford known as “The Mayor of South by Southwest.”

But there’s no reason to avoid him; he usually delivers one of the most memorable sets of the SXSW week. During 25 years of attending the conference, I’ve seen him in a dozen different Austin clubs, but my favorite place to catch up with him is the annual Friday afternoon Bloodshot Records party in the backyard of the Yard Dog Gallery on South Congress Street. You enter the narrow stucco building from the street, and the front room is filled with outsider art for sale — including Langford’s own depictions of pop-music ghosts who seem to emerge slowly from the leathery cracks and galactic dots of each picture.

You continue through the gallery, out the rear door and into the narrow, grassy backyard, where a white-canvas wedding tent has been erected, now packed full of bodies. After squeezing in, you find the Waco Brothers on the long, shallow stage riser. By the third song, they’re doing Rockette-like leg kicks and by the eighth they’re pouring whiskey over each other’s heads. Far from spoiling the music, these antics seemed to remove the last few restraints from a band that thrives on pell-mell momentum and loosey-goosey spontaneity. The Clash-meets-Cash songs, a combination of London punkdom and country icon Johnny, reach a new manic intensity.

“The art is my full-time day job,” he says over the phone from his home in Chicago, but adds, “and the music is my full-time night job. Between the two I’m doing all right. South by Southwest is where the art and the music come together for me at the Yard Dog. My problem is idle hands; I like to have two or three gigs a day, otherwise what are you going to do but get drunk? I like coming back to Austin, because I see a lot of friends. I’ve played there the last 20 years.”

When Langford brings the Waco Brothers back to Austin this March, the singer-guitarist will be coming off an astonishingly productive period, even for this notorious workaholic. Since the revealing documentary film Revenge Of The Mekons was released in 2014, Langford has released albums with Skull Orchard (Here Be Monsters), the Mini-Mekons & Robbie Fulks (Jura),  the Waco Brothers (Going Down In History) and the Mekons (Existentialism).

Also in the works are a collaboration with Nashville veteran Norbert Putnam and the Muscle Shoals Rhythm Section as well as the debut album from Bad Luck Jonathan, described by Jonathan Langford as a “socialist, voodoo space-rock band” and punningly named after Ugandan leader Goodluck Jonathan. During the same period Langford served a residency at the Country Music Hall of Fame, where he illustrated the Nashville Cats exhibit catalogue, while Will Oldham and Angel Olson, performing as the Chivalrous Amoekons, recorded a Mekons tribute album, Fanatic Voyage.

“All these things make life more interesting, less boring,” Langford says. “I’m lucky; I have a lot of people I can collaborate with, and most of those collaborations are based on friendships. We do things together so we have an excuse to hang out. They all have an elevated level of energy and enthusiasm for this sort of thing. I still have an appetite for songwriting, so I keep doing it. Also, thanks to the movie, we’ve never been more popular than we are now, so the more plates in the air the better.”

The dynamic that ties all these projects together is tough-minded lyrics married to anything-goes music. Langford and his fellow songwriters are skeptical of sentiment, always alert to the power relationships in personal relationships and larger communities. Their political perspective is delivered in the form of stories rather than slogans, however, and delivered with the unstudied spontaneity that links punk to hillbilly and folk music, so the listener is pulled in before focusing on the words.

“If I’m writing the lyrics for the Mekons and the Waco Brothers,” he explains, “there’s a political thread to that, but the performance is never very polished. The lyrics are trying to describe the world or start a conversation rather than try to tell people how to think. On the Here Be Monsters, for example, there’s a song called ‘Drone Operator.’ I don’t like certain elements of Obama’s drones, but rather than say that, I took the on the character of the drone operator. I tried to imagine, if someone did that, what would their social life be.” 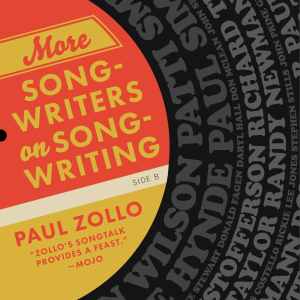 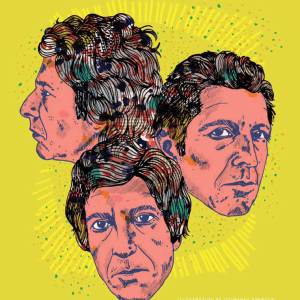