In 2016, singer, songwriter and actor, Joshua Henry’s career was kicked up to a whole new level when he was cast as Aaron Burr in the Chicago production of Lin-Manuel Miranda’s historical hit musical, Hamilton. Reprising the role of Burr for Hamilton’s first national tour, thousands of Americans have been touched by Henry’s phenomenal vocal chops and soulful performances.

But when the onset of the COVID-19 pandemic brought the live entertainment industry to a halt last year, Henry found himself thrust into a world of uncertainty. Living in New York City and married to a frontline nurse, he was quickly in search of a way to pass the time and find some solace in all the turbulence.

“It was clear that things were going to be like that for a while,” Henry told American Songwriter. “At first, it was a huge blow for me to not be able to get in front of an audience. After being on my face for a while, feeling horrible, in June, I started picking up my guitar for about 20 minutes at a time. My wife was in the thick of all the COVID stuff at the hospital, so it would just be me and my son at home. He’d take a nap and I would pick up the guitar for 20, 30 or 40 minutes. It was like, ‘Okay, it’s just me and the guitar.’ Then, I started staying up a little extra at night, playing just to get my creative legs back. I started writing a lot. The emotions were just at the surface for me and everything came out so quickly.”

It’s true—inspired by circumstance and the rekindling of his passion for song-craft, Henry began writing with unwavering resolve. By the time early 2021 came around, he was releasing his debut EP: Guarantee, a vibrant, 4-track tour of the 36-year-old’s musical sensibilities.

With warm, hi-fi tunes blending soul, pop and R&B with a classic American sound, Guarantee is a masterful introduction. Yet, despite its “debut” status, Henry’s experience with songwriting actually dates back much further—he first began writing songs nearly a decade ago. It just wasn’t until the pandemic that Henry had secured enough time, practice and contemplation to feel confident sharing his work.

“Around 2012 was probably when I was able to be like, ‘Okay, this is a full song’ for the first time,” Henry said. “At the time, my writing was a lot more like painting big pictures, and it was very story-driven. Now, though, my writing has evolved to be a lot more personal. I still have that big picture in mind—how to find love, how to be cinematic. But now, I feel like it all stems from me. I’m not writing about the ‘person out there,’ I’m writing about how Joshua thinks. What am I thinking about? What are the guarantees in life? What am I trying to stand up for? I find myself centered in writing now, more so than when I first started.”

With this newfound approach, Henry discovered that songwriting was not only a creative outlet, but a therapeutic one too. “It really made me think, ‘What exactly do I think? What am I feeling?’” he said. “My first song is called ‘Hold Me’—I was feeling really vulnerable when I wrote it and I wanted to express that. I first started playing with the idea of that one years ago, but it wasn’t until 2020 that the words and the chorus finally came into the right place. I was really able to center myself around the feelings in writing. I don’t know if I found all the answers, but I enjoyed asking the questions. I definitely grew as a human.”

For as much personal growth as the process entailed, Henry actually had quite a bit of help along the way. Once he started finding inspiration on the guitar again, he linked up with producer Theron “Neff-U” Feemster, who helped flesh out the tracks and bring them to life. “You know what? Neff-U is incredible—he’s a genius producer,” Henry said. “He’s so easy, it’s so organic and full of emotion with him. He beefed up everything I presented to him in a delicious way. I can’t say enough good things about him.”

The first official release from Henry’s collaboration with Neff-U, Guarantee is just a peek of the body of work the two have been cooking up. Now, on June 24, Henry is back with a new single, “Checking In.”

“‘Checking In’ is a song about how, sometimes, you’ve got to move on from a relationship, but once time passes, you check in on how that person is doing,” Henry explained. “It’s an innocent thing. That’s what the song is about for me. And on that note, I tried to make it translate the actual notes themselves. If you listen to the opening guitar riff, it’s very staccato and wandering, kinda like the feeling of checking in on someone. When you talk to someone after a lot of time has passed, it’s a little bit of a dance, you can’t just jump right in. So, I try to reflect that in the music. The vocal line is super high too, just trying to be as innocent as possible.”

Utilizing musical motifs to augment the lyrical themes is a hallmark of Henry’s craftsmanship. Learning a lot from his experience as an actor on the Broadway circuit, he approaches music from a holistic point-of-view. “I’ve done nine Broadway shows now and a fair amount of film and television,” he said. “In all of them—especially stage shows—what you end up focusing on is the story. So, my life on stage helps me with my songs. I can think about characters like ‘Okay, well, they would say this and not that and their voice would sound like this, not that.’ That’s what I did with ‘Checking In,’ I used the higher vocal line. It’s still definitely my voice, but I utilize all the sides of my arsenal to get that ‘character’ across.’

Likewise, even getting to know the material and creators of the show’s he’s been in has been a wildly informative experience. “I’ve gotten to work with people like Lin-Manuel Miranda and John Kander—legendary, incredible songwriters who are focused on every aspect of storytelling,” he said. “So, I try to stay close to those people. They’ve really informed the way I write about music—as has my experience in theater in general.”

While Henry still hasn’t been able to return to the thrill of performing in front of a packed theater, the music he’s putting out is giving him a whole new platform to share his world-class talents. Especially now, as the world slowly reopens in post-COVID fashion, Henry is just honored to be able to share these songs and their uplifting spirits.

“It feels incredible to be able to share this music,” he said. “It’s fun, it’s positive and it’s uplifting. This is something that’s been in my heart for a long time. 2020 was like a compressor—I was very compressed and the juice that came out of me was positivity. It was just this thing that makes you smile and nod your head and think about what’s really going on inside. So, I’m super proud of that—that when push came to shove and the walls caved-in, what came out of me was something I had hoped would be there: a positive outlook. That’s authentic. That’s a real expression of who I am. So, I’m proud of it and I’m proud to share it with folks.”

Joshua Henry’s new single “Checking In” is out now—listen to it below: 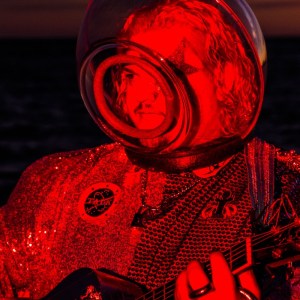 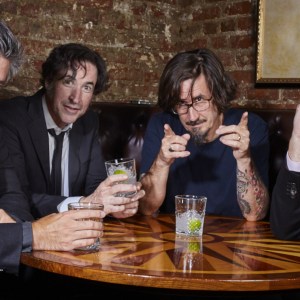