In the wake of what felt like the nation’s “lowest low,” Judah & the Lion stepped up to do what they do best. Their emotive single, “Spirit” was originally released in November of 2020 and showcases the Nashville-based trio—Judah Akers, Brian Macdonald, and Nate Zuercher—returning to their acoustic/folk roots. Akers and Macdonald actually penned the track pre-pandemic in late 2019. The elements exhibited in that original version showcase what makes their genre-blending so unique. When a global pandemic swept in, and turbulent socio-political turmoil followed, Judah & the Lion shared the poignantly hopeful track with positive messaging to meet a critical moment.

“This one ended up as a perfect fit for the times we were in,” Akers tells American Songwriter over the phone. “It was sort of a response to our last album, Pep Talks. Being a heavier album, I was thinking about how no good movies about people having perfect lives. Not knock to those with perfect lives—but the shared human experience is really about the faults and the beauty of allowing each other to not be perfect and grow as individuals.

Judah & the Lion’s new EP, Spirit, builds off the original recording to breathe new life into the critical messaging. The five-track collection features a brand-new acoustic version of the single plus remixes from Lamorn, an up-and-coming producer signed to deadmau5’s mau5trap label, indie-pop duo TwiceYoung, and Nashville experimental pop artist Friend Group. Though, the showcasing of each different remix was not the initial intention. As part of COVID-induced experimentation, the trio first recorded an acoustic rendition of the single. The band first sent the track to a few different artists they enjoyed, who fit their aesthetic vision for an anthemic track. Aker recalls, “Essentially, we got them back at the same time, couldn’t decide which one we loved the most.”

He continues, “Friend Group made us feel like we could do this at a festival, they made it even more anthemic. The backbeat on Lamorn’s remix was a little sadder, it made me feel like I was more in an indie movie than an anthem rah-rah moment. TwiceYoung evoked a similar emotion—very beautiful, with an unexpected almost pop-lean to it. I’ve never heard a song like that, and that’s the reason we did the whole thing as different spins. It’s the beautiful part of songwriting in my book—the same song could sound a million different ways done through different artists—and that’s really cool to me.”

The EP, released April 9 via Cletus the Van/Virgin, arrives as the single continues to gain momentum as a sync track. First employed for promos of the College Football Playoff National Championship on ESPN earlier this year, “Spirit” most recently landed in the trailer for Disney+’s The Mighty Ducks: Game Changers. Watching his song come to life on those screens, Akers says, “I almost cried, I felt so supported and believed in.” He adds, “To see Gordon Bombay in the same trailer, the little kid in me was just freaking out.”

The remix EP continues driving their initial messaging. With each new take on the 2019 track, the lyrical content grows increasingly resonant within the current context. As the group shared with the original release, “Most iconic stories and songs don’t start with everything being perfect, but rather the story comes from the pain and the tension between moving forward and allowing the pain to become your super power in life.”

Listen to Judah & the Lion’s new EP, Spirit, below. 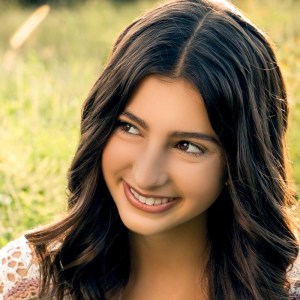 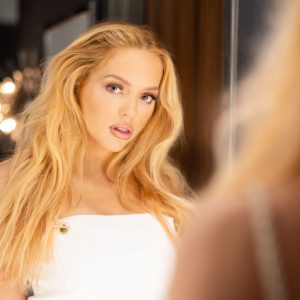