If you don’t know Jordana Bryant’s name, you certainly will soon enough. With the release of her new song “Last First,” the pop-country singer-songwriter closes out her self-described trilogy, following the release of her debut single “This Love” last summer and its follow-up “Not Sayin’.” Now, even more self-assured, Bryant wields the effervescent new track, co-written with Steve Fee and Jesse Reeves (Chris Tomlin), as a way to further depict “how a relationship grows and evolves,” she says.

“Going into the session, I remember being pretty nervous, because it was actually only my second-ever co-write,” Bryant tells American Songwriter, “but they were both so nice. As soon as we started working on this idea, it all kind of just clicked, and the session practically flew by. It was such a blast to work with them. I always wanted the song to be a super upbeat summer song. It’s meant to be a happy ending to a young love story,” she adds, “and so I feel like it really calls for an upbeat, happy vibe.”

“Last First” (pre-save) serves as the title to Bryant’s forthcoming debut EP, expected later this year. “It will obviously be my last first EP,” she quips. “And I feel like the song also really captures the excitement and joy that I’m hoping this EP brings.”

There’s a first time for everything / At least, that’s what they say, she sings with a tart country twang. And I believe it / And you’re the reason / ‘Cause from the first time you looked at me / And the way you said my name, yeah, I could feel it / And I still feel it.

As she positions herself as country’s brightest newcomer, often pulling on such influences as Taylor Swift and Carrie Underwood, Bryant keeps her own singular perspective at the forefront. Even reflecting now, the bright-eyed 15-year-old has gained plenty of insight into the business and songwriting. “I’ve learned that if you’re really passionate about what you’re doing and what you want to achieve, there are a lot of people who are willing to help you with your vision,” she says. “Going into making this EP, I had a really clear vision of what I wanted it to be, but I was worried that people wouldn’t take me seriously because of my age. But I’m really grateful that I’ve gotten to work with so many incredible people who’ve helped me bring these stories to life.”

Originally from Philadelphia, Bryant took early interest in country music after her father, a musician himself, taught her basic chords. Her first-ever cover, a plucky rendition of Carrie Underwood’s iconic 2006 hit “Before He Cheats,” showed tremendous promise, and she’s never slowed down. Bryant has since crafted a wildly successful YouTube channel, fueled from streaming numbers of her covers of What Am I’s “Why Don’t We” and Shawn Mendes and Camila Cabello’s “Señorita.”

Bryant brings the same intense magic into her own work and career pursuits. Last year, while in lockdown, she took an online course about songwriting to further flex her artistic muscles. “I learned how for each genre, there are songwriting patterns and structures that are most popular,” she reflects, “but there are also so many different paths you can take when writing a song. Getting familiar with how most songs are written was really helpful because I feel like knowing the patterns can help you to learn how to sometimes stray from them to create your best work.”

Listen to “Last First” below. 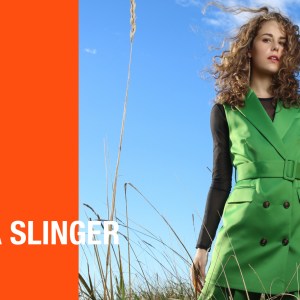 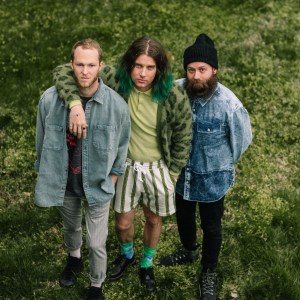