When asked why she still tours and performs 120 days a year, Judy Collins says, “I make my living by singing, and I love it.”

Then with a laugh, she adds, “And I think I’m getting better at it.”

The 81-year-old legend is not being coy. The works of her 60-year career – 42 albums, five Top 40 singles, thousands of concerts around the world, four self-help books, two autobiographies, a mystery novel, an Oscar-nominated documentary and many paintings and drawings – represent stops along the way of an artistic journey. While she’s proud of her back catalog, what’s more important is staying in touch with the restless spirit and the need to create that carry her forward.

“We’re not here, we’re always on the way,” Collins says from the Upper West Side apartment in New York City where she’s lived for more than 50 years. “I’ve felt like this from a very young age. I was born into a musical family. My father, Chuck Collins, paved the way because he was a singer, a pianist and had his own radio program in Seattle. He had to practice and learn songs for each new show.  Every day that was going on in our household. That was my model. So when I started to play the piano at 4 1/2 (years old), I had to do the same thing. Working every day, moving towards a goal. I think that’s always where I am, moving towards a goal. But it means I have to fill in the days with practice, with energy, with exercise, playing the piano, trying to think up ideas for songs.”

As a 13-year-old piano prodigy dazzling audiences at symphony orchestra concerts, Collins was well on her way to a career in classical music. And then folk music turned her head.

“One day, I was practicing Rachmaninoff, then I switched on the radio and heard Jo Stafford singing ‘Barbara Allen,’” she says before singing the song’s opening lines. “Then I got interested in folk songs. What was it about them that I found so compelling? It was the storytelling. Storytelling is really the foundation of everything I do. If I can learn to tell a story in a song, I feel happy about it. We live on stories. It’s how we were raised. It’s how we survived on the planet, whether they were pictorial stories or audible stories. Storytelling is how we evolve, whatever the medium might be.

“And in singing, there’s always a phrase, a chorus or a bridge. Part of that shape is to imprint on one’s memory how the story goes. When you’re hearing it, you will find yourself impressed with your own memories, which follow along with the melody. You may not be remembering the information that’s actually in the lyric, but it does stimulate you to find memories in your own mind.”

Like a lot of folk singers in the 1960s, Collins began by covering everything from traditional Irish folk songs to socially conscious tunes by her contemporaries Tom Paxton and Pete Seeger. Collins was drawn to the kind of languid, expansive melodies that would showcase her remarkable voice. Even at 81, her voice still evinces the natural beauty of a bird in flight — effortless, graceful, light.

“My vocal teacher Max Margulies, whom I started working with in 1965 until he died 32 years later, stressed that the two most important things about singing were clarity and phrasing,” she says. “You tell the story, and nothing gets in the way. No wobbles, no gurgles, no gasps, no giggles, no sobbing. The lyric and the phrasing carry the intention of the song. To me, that’s the essence of singing. If you don’t understand the words, the lyric, then the audience can’t follow you. If you don’t understand the lyric in the song, then it’s all over, as far as I’m concerned. It’s the script.”

In 1967, Collins’s friend Al Kooper called her one night to say he was sitting with a young writer named Joni Mitchell who wanted to play Judy a song over the phone. The song would change the lives of both women.

In response, Collins wrote one of her own greatest songs, “Albatross,” about her friendship with Mitchell.

“There was a visit I had with Joni at her house on the West Coast,” Collins recalls. “It was an evening that was transforming. The sea, weather, the light, the air, the conversation. It was like a little scene from a fairy tale. I had the image of the water and the house and the fire burning and the stories that we told. It was all kind of mesmerizing, so in the song I kept reaching and searching for mesmerizing words — amethyst fountains, isinglass, embroidery … I still sing that song quite often.”

“My friend Mary Martin introduced us and said, ‘He’s this poet, but he’s going nowhere,’” Collins recalls with a chuckle. “The first time he played for me, he said, ‘I can’t sing, I can’t play guitar, and I don’t know if this is a song.’ Then he did ‘Suzanne,’ ‘Dress Rehearsal Rag’ and ‘The Stranger Song.’ I went for ‘Dress Rehearsal Rag.’ My partner at the time, Michael Thomas, said, ‘What about ‘Suzanne?’ It’s a great song.’ And I recorded it. Then everyone started to record Leonard’s songs. Leonard encouraged me to write more of my own songs, and I encouraged him to sing his own songs, so we did each other big favors.”

In that heady time of the early ’70s, Collins also met Stephen Stills, who immortalized her in “Suite: Judy Blue Eyes.” She calls their brief romantic entanglement “fireworks, but too frantic.” And of the first time she heard the future classic, she says, “It was in a hotel room. We both cried, and I said, ‘Stephen, it’s such a beautiful song. But it’s not going to win me back.’ It’s a flattering song, a heartbreaking song. I’m glad we’re still friends, and that we got to make a record and tour together a few years ago.”

By the mid-’70s, Collins was one of the top acts on Jac Holzman’s label Elektra, with gold records and sold-out shows. “It was a rollercoaster –  recording, touring, success,” says Collins.

But rollercoasters have their ups and downs. And the down for Collins was what she calls “the Irish virus.”

“Many people who are addicted also have this Type A perfectionism,” she has said of her alcoholism.  “By the time I was 19, I knew I had that hole in my soul. I’ve had depression all my life, and I’ve learned how to live with it. But around 1976-77, I reached a point where I could barely sing, could barely walk.”

The drinking led to a hemangioma node on her vocal cords, which required surgery. “After that, I found my Eskimo — that’s what they call people who give you guidance — and I’ve been in (Alcoholics Anonymous) for over 40 years. I will never not be there because that’s where the recovery is.”

But Collins veered from alcoholism to bulimia. In her 2017 book Cravings: How I Conquered Food, she wrote of her journey through the maze of dieting and eating disorders.

“Sugar, flour, grains, corn – anything that’s used to make alcohol – can be a problem if you have the disease of alcoholism,” she says. “Food was always an issue, as it is for a lot of performers. Trying to stay slim, look good in the clothes. I would go from diet to diet. Finally, I went into a program and learned how to get well. When I got sober, I never looked back. But after bulimia, I wasn’t able to get over the chatter in my head about food so easily. It took longer.”

Through all of her personal struggles, Collins kept recording and touring, never letting herself lose the cherished engagement with her audiences.

“Autopilot is verboten,” she says, offering words of wisdom for any touring musician. “You can’t perform that way. Otherwise you end up in the CD trash can, and you don’t want that to happen. You have to live in the moment, you have to sing in the moment. It’s not about yesterday. It’s about today. You may have reveries and dreams and memories. You can dream on stage, there’s no doubt about it. But it’s dreaming in the present tense. It’s taking advantage of everything that’s happening to you in the moment, where you are, who’s there listening. What are you singing? How does it feel? What does it mean? You take into account everything.”

After her 2019 album Winter Stories, a collaboration with Norwegian musician Jonas Fjeld, topped the Billboard bluegrass charts, Collins had planned another extensive 120-date tour into 2020. But then the pandemic happened. Even against the backdrop of what has been one of the darkest, most tumultuous years in recent history, Collins has hope.

“I’m an optimist against all contrary evidence. There’s always another day, always another dawn. I do a lot of things to get through. I meditate. I exercise. That’s probably a big part of my secret. I don’t let a day go by without doing something physical. And usually every other day, it’s a full-tilt workout. I know that’s for my mental health, and that’s what keeps me stable. The rest of it is just good luck. And the fact that (specialty food store) Zabar’s delivers. I stay in touch with all my friends, and I have Zoom dinners with friends. I watch good movies and cook good meals and stay stimulated by reading and practicing the piano. I keep at it. That’s really the thing.”When asked if she has any specific advice for songwriters, Collins doesn’t miss a beat. “First thing, get Jimmy Webb’s book Tunesmith. Read it, study it. Then get Stephen King’s On Writing, get Bird by Bird by Ann LaMott. Those three are the bibles. Then you must journal. Do it every day. Write your dreams down if you can remember them. Write your morning pages. Make your enterprise as a writer and artist part of your daily journey. It’s a journey of loss and how to rejoice in that loss. It’s a journey of joy and miracles.” 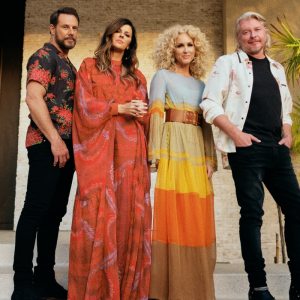 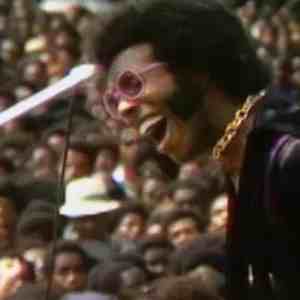