Judy Collins will never get the memory out of her head. She had gone up to the mountains in Devil’s Thumb Ranch, an enclave within Tabernash, Colorado, had a few drinks and while driving down the winding dirt roads of the mountains, her car went out of control and flew into the fence. When she looked out her window, she saw two little babies sitting on a blanket beside her. “That’s the image in my head,” said Collins, who was 17 and driving with a learner’s permit at the time. “A guy came out screaming and yelling at me ‘you nearly killed my kids. I’m going to get a rope, pull you out of there, and call the cops.’ When he went back in his farmhouse, I rocked that sucker back and forth until I got it out onto the road again. I took off like a shot out of hell.”

Not a year goes by when, Collins says, she doesn’t think about that terrifying moment and captured that memory along with tender and truthful reminisces of youth, coming up in Colorado, and her other past lives, documented on Spellbound, her first full album of original material.

For Collins, 82, now was the time to look back on the stories of her life, and others who impact her through her 60-year career, living across country, and gaining fame singing songs and collaborating with everyone from friend Leonard Cohen, Bob Dylan, Phil Ochs, Joni Mitchell, Randy Newman and beyond, all the while releasing some original songs but never a full album worth.

Spellbound started sorting after Collins toured with singer-songwriter Ari Hest, while supporting their Grammy-nominated duet album Silver Skies Blue, in 2013. Still inspired by her work with Hest, Collins tasked herself with an assignment: write a poem a day for 365 days. On Spellbound, co-produced by Hest and Alan Silverman, the first song Collins wrote was the last on the album, “Arizona,” in 2016 and continued pulling from her collection of poetry and deciding what could become a song before starting to record in 2019.

“They were really the result of having a bunch of things that were almost ready, and then the pandemic came, and every day I focused on finishing and writing new songs and getting enough together to have an album,” says Collins. “I had never had any time off in years, so I was free to focus on my own things, which was a tremendous privilege.”

Moving from her title track, which she wrote in Hawaii and chronicles her journey becoming sober, and escapades of her former Greenwich Village, New York life on “So Alive,” the uptempo “Hell on Wheels,” recollects the aforementioned car accident through her life-long love of the mountains and childhood on “Girl from Colorado.”

Moving the attention from her own life and times, “Thomas Merton” tells the tragic story of the Cistercian monk and activist, who she first encountered in her 20s after reading his 1948 biography “The Seven Storey Mountain.” Revisiting his work during the pandemic, Collins began reading the 2018 book “The Martyrdom of Thomas Merton: An Investigation” and learned that Merton never died by accidental electrocution in 1968, which was initially reported and was actually murdered because of his opposition to the Vietnam War.

“He was condemned among his own colleagues and Catholics and all kinds of people who can’t stand anybody who’s against the war,” says Collins. “There were a lot of people who were gotten out of the way during those years—Robert Kennedy and Martin Luther King Jr.—so I was just moved to write this song, and I’m very glad that I did. The world is shocking and sad. There are moments of glory, but they are few and far between.”

In her next chapter, Collins, who is also continuing her Since You’ve Asked podcast, already has more songs to continue her story. Cut from Spellbound were heavier, more politically slanted songs, including “Dreamers,” a song Collins penned in 2018 about the plight of immigrants in America. “I want to put more beauty in the world,” says Collins, who added that Spellbound was not the setting for these more socio-political songs.

Another excluded song, “Communion” is one Collins wrote for her friend, concert producer Phil Saviano, who was one of the whistleblowers depicted in the 2015 film Spotlight, covering the investigation into sexual abuse by priests within the church. Sadly, Collins says she never had a chance to play the song for him, since Saviano died in 2021. Collins’s song “Wall” is also an homage to the Korean War monument in Washington, D.C., which her husband Louis Nelson designed.

All will have their place in her ongoing stories following Spellbound. For now, Spellbound is just the start of Collins’ biography. “I have a strong connection with most of the songs,” she says. “They seem to be organized in such a way that they tell a story, my story.”

Listening to her first album A Maid of Constant Sorrow, released in 1961 and began thinking of a legacy album and redoing the song “Bold Fenian Men,” a song about the Irish uprising of 1916. Through the phone, Collins sings lyrics from the song she wrote more than 60 years earlier.

‘Twas down by the Glenside I spied an old woman / She was pluckin’ young nettles, she scarce saw me comin’ / I listened a while to the song she was hummin’ / Glory O, Glory O to our bold Fenian men, sings Collins.

“It’s a political song of great beauty,” she says. “So I’m thinking I’ll just start the legacy album out with that. It’s [a legacy release] something you have to do when you have a long time in the saddle.” 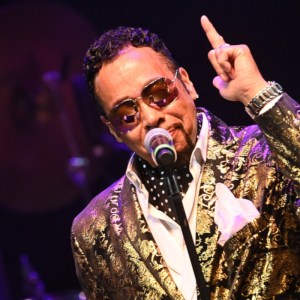 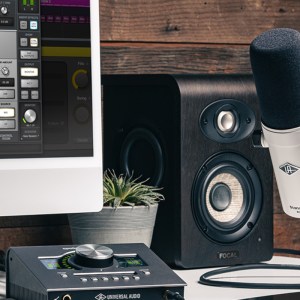