Have you ever sung with Bob Dylan?

Oh yeah! I met him originally in 1959 when he was Robert Zimmerman and met him again at Gerde’s Folk City when I was starting out. He was still singing old Woody Guthrie blues songs. We sang together at the big Woody Guthrie fundraiser in 1969 at Carnegie Hall. That was more formal and the other shows were more informal. Over the years he’s sang me songs, we’ve recorded songs, and I’ve learned songs of his.

One of the things that he always catches flack for is that he has borrowed from other songwriters. What is your stance on that?

I recorded a number of his songs early on with one being “Bob Dylan’s Dream,” which I then sang on the old Pete Seeger show, Rainbow Quest. “Bob Dylan’s Dream” was a direct copy of a song called “Lady Franklin’s Lament” and I didn’t know that Bob had not written it when I recorded it.

However, that was the folk tradition to take the melody and rework it with new lyrics. The only thing, I would say, that anybody has to complain about was that there was no acknowledgement of that. In some sense he was following the tradition of the anonymous folk singer over the years, but maybe learned a little later that he could acknowledge his sources. That’s what people are mainly concerned about.

Do you remember much of the controversy of when he was transitioning from a folk singer to an electric artist? When he put out Another Side of Bob Dylan people were concerned that he was writing songs that were too personal, and not applicable to the civil rights movement.

There was always a lot of controversy about Bob Dylan. I think that anybody that is a genius creates controversy. I didn’t ever think much about his transition to electric guitar because I thought that everybody should be excited about it and think of it as a really important shift. Take “Blowin’ In The Wind” for instance; that was phenomenal. People explore, they do different things, and they look for other ways to reflect upon music. I was also breaking rules at that time. In 1966, when he had gone electric, I was recording with orchestras and each change from the folk music police created excitement. Although, I don’t know that it’s terribly important in the long run. In the moment it creates drama, a lot of interest, and a lot of curiosity.

You have to realize that Dylan was always going to draw fire because he turned up in the midst of a whole slew of songwriters that were scrambling for the limelight such as Eric Andersen, Tom Paxton and David Blue. They were all writing incredible compositions, but Dylan created songs that were so different and so extraordinary that people were bound to get nervous, excited, and critical all at the same time. It was very profound what happened with him and the energy around all of it was very controversial in itself.

When did you find out “I’ll Keep It With Mine” was written for you?

It must have been sometime in the late ’60s. He presented it to me as a song that he had written for me and then there was the controversy with Joni [Mitchell] because she thought he had written it for her. She never recorded it, he recorded 12 times, and I recorded it once.

What do you think is going on with his singing voice in the past couple of years?

The same things that’s always been going on with his singing voice. The difference is that he’s a little less understandable. If you listen to those early records people may not have thought that he was Pavarotti, but you could always hear the words and I had always said that he was a fine singer in those days.

Albert Grossman brought me a tape in ’61 and asked me, “What do you think? People say he can’t sing” and I said, “Oh, he can sing.” They were spectacular songs, every word was understandable,
and it was like that for a long time. Maybe he doesn’t care anymore, I don’t know. People go through changes in their singing. Sometimes it has to do with whether they have vocal problems and sometimes it has to do with their general style. I think his general style has a lot do with that and he doesn’t really care, does he? It’s hard to argue with a genius with that body of work at this point.

You put out a record of Dylan songs in the past. What are some of the songs that you still perform today?

I do “Mr. Tambourine Man” a lot. People know it and I like to tell the story about how I heard it. I woke at three in the morning in the basement of Albert Grossman’s basement in Woodstock, NY. It was 1964 and we had a party the night before with Dylan, Suze Rotolo, Albert Grossman, Sally Grossman, and I. When I awoke, I heard this voice coming from up the stairs and he was writing “Mr. Tambourine Man.” He sang it over and over again because he was working on it. It’s a stunning piece of writing that I sing a lot and is the one that I’m most attracted to. I like “Just Like Tom Thumb’s Blues” and sing that a bit. Also, a song that I recorded and Patti Smith also recorded
called “Dark Eyes.” I think it’s a great, overlooked song and I often sing that as well.

The words from “Blowin’ In The Wind” are powerful. “How many roads must a man walk down before they call him a man?” That’s pretty great.

What do you admire most about Bob Dylan?

He’s an amazing, amazing artist and I’m grateful that I’ve known him for 50 years, since the old days before he turned into Bob Dylan. 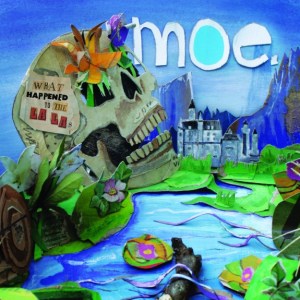 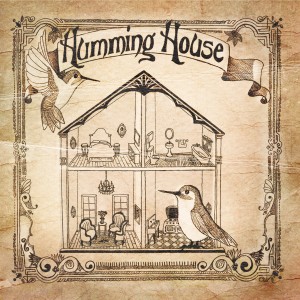