The list of ways the music critiquing and listening public have not only acknowledged but positively recognized Kalie Shorr (Kay-lee), makes the fact that the Portland, ME artist felt it necessary to initially go DIY, sound like a rather out of place detail. Nevertheless, when juxtaposing the new deluxe version of Shorr’s debut, Open Book: Unabridged, over the ingrained expectations of the pop, rock, indie, and punk music scenes, Shorr’s reasoning behind first taking the more onerous road toward becoming a sustainable artist, comes to make sense.

“I think that the (music) industry has a really hard time seeing something that they haven’t been able to–– they can’t say, ‘Oh it’s gonna be the next, Taylor Swift’ or, ‘This is the next Katy Perry’ or ‘This is the next SugarLand’ or whatever they want to say like that. It’s like the music industry has these little schemas they put everything in and when something doesn’t fit in one, they don’t know what to do with it,” Shorr says.

Shorr has a wealth of first hand experience to draw from when it comes to reticence and uncertainty from the industry powers that be. However, while one might believe that is fundamentally what steered her toward the more fiery songwriting style of Open Book and now Open Book: Unabridged, underneath those stings of rejection, Shorr actually upholds a lot of empathy about the way the business operates, not letting its weakness shape her artistry – even in a manner easily justified as catharsis.

“Like, nobody’s like being like a total asshole gatekeeper, trying to keep, you know, (or) stop my dreams from coming true,” Shorr continues. “But they’re just afraid of taking risks, especially when the current music industry looks like this: where nobody’s buying records, etc. And so I’m not really bitter about it, but definitely it was, it was difficult.”

In this way, it’s a notably challenging feat for any artist to fluidly cross every genre boundary and become a bonafide multi-style megastar. Knowing this, it’s somewhat surprising to see Shorr – a self-driven 20-something with songs made of almost nothing but honest and deeply challenging life experiences – wouldn’t more quickly find resonance and more enthusiastic community support in the the country sector. After all, what are so many of the hits of Music City made of, if not with the intent of conveying real world trials, emotions, and people – all of which make up the the soul of Open Book: Unabridged. In the face of country’s own hesitances with change, one wonders what drives Shorr to stay so close when part of what makes Shorr so exciting and unique is an unwavering commitment to how she thinks, feels, and speaks – these aspects never changed in her music for the sake of a trend.

“ I’ve asked myself that same question (of why I embrace the country community) so many times. I think at the end of the day, like, the music I want to make is really vividly detailed, lyrically. Lyrics come first above everything else. And I want to use organic instruments,” Shorr says.

“Like we only had, I think, two programmed parts on the entirety of Open Book: Unabridged. We did a programmed pedal steel on “Thank God You’re a Man” and then we did like that reverse guitar, woosh-synthy sound on “Lyin’ to Myself.” And that’s it. Like everything else is real instruments played. There’s no drum loops; there’s nothing like that. And country (music) still really prides itself on that. I’m not talking sh-t about synthesizers. I love writing pop music and whatnot. But for me, I really gravitate towards (organic instrumentation). So I think that just the instrumentation I want to use, more than anything, is what puts me in country.”

Shorr isn’t one to wait around for the rest of the world to make room for her. Though a faster, more voluntary embrace would undoubtedly have been appreciated, the unflinching and self-motivated mindset Shorr forged and continued to strengthen within herself as a result of the industry’s recurring hesitancy may have – perhaps even to naysayers’ chagrin – heightened the appeal of “Open Book’s” sonic character because behind each of the songs’ narratives went a growing sense of determination that imbued every note and feisty lyric Shorr recorded.

“After the New York Times said (the original) Open Book was like, the number seven best album of 2019…After that happened, I had this whole, like, performing the songs was different. It felt different. It was weird at times to get up and say stuff like, ‘I don’t really like dating a–holes, but I do it because I have a weird relationship with my dad.’ But after that happened, like it gave me this this validation that I didn’t have before,” Shorr says. “It definitely gave me like this extra like, bit of spiciness in my performances for sure.”

“But there’s been so many times (where) I’ve been on stage and I’m singing to an audience, but I’m also like, singing to the person that songs about – whether they’re there or not. And, you know, sometimes that’s a (music) industry person,” Shorr says.

“My Voice,” the last single and the starter for Open Book: Unabridged, is one of the strongest examples of not only Shorr’s vocal fire and finesse but also, a consummate summation of her current focus as an artist: making it clear who she is and what’s important to her. The track, with its lyrically witty and plucky honesty, reminiscent of Miranda Lambert’s confidence on her debut Kerosene, is a bold opening statement. Furthermore, “My Voice” communicates Shorr’s intentions in a succinct and memorable way, which acts almost like a vision statement as well.

– Lyrics from “My Voice”

Still, it’s not all about being hyped up and bucking the system. Shorr leaves plenty of room in her heart and on the page, to think about other important aspects of her individual identity and overall life story. Vulnerable single, “Escape,” brings into the light, the true but painful facets of grief that come with the loss of a loved one – Shorr’s older sister – as a result of drug addiction. Meanwhile, “F U Forever,” though seemingly crass, speaks to the vital matter of self-esteem and self-confidence for breaking away from relationships that are either demeaning to one’s self worth or even outright dangerous and abusive.

“Music was like, such a saving grace for me. And so I think I definitely, from the moment I started putting out music, I knew what a song could do for somebody. And so with Open Book (and “Unabridged”), (the music) was intentional. Shorr explains.

“I want to be like––I hate the term role model, I think it puts a lot of unnecessary pressure on women specifically,” she adds. “But I think that being a role model is so much more about, you know, me talking about how I was in an abusive relationship and deciding to leave. Like, to me, that’s a role model that I would want my little sister to have. And so, you know, even though she’s 11, and my dad isn’t really stoked about her listening to “F U Forever,” he understands that the motive behind that song is to be empowering and to help people. So that’s definitely, definitely something I take into account.”

All this being said, Shorr doesn’t take herself or the art of making music, too seriously. Circumstances in her life over the last year – pandemic not withstanding – have certainly drawn out attention to heavy emotions and important conversations. However, Shorr doesn’t dismiss the value of stepping back to take in the joyful moments that have still managed to come her way through it all.

Holding meaningful memories – both the trying and the triumphant – close in her mind and heart, Shorr finds plenty enough motivation to keep herself and her creativity rolling forward into the new year. Still, of all the ways Shorr drums up her own comforts and inspirations, what the tenacious songwriter is most looking forward to, are the possibilities that arise from teamwork outside a virtual room and together with the people behind her new supporting label, Tmwrk Records, which just happens to be named for the very dynamic Shorr is pursuing.

“This will be like, my first time having a label while (I am) in the recording process,” Shorr points out.

“(Tmwrk Records) just get(s) me and so I’m really excited to have those other opinions and like, have the team part of (the music making process.) Like I love collaboration. And so far, you know, it’s just been me and my manager, essentially A&R’ing everything I’ve done and now we actually have A&R (as well as) having a new co-manager in New York, who is a lot more well versed in the world outside of country. And so being able to do things like that, I just think it’s gonna be a completely new era for my music. And I’m really excited to have that. I don’t know what I thought having a record deal would feel like, but I’m constantly surprised by it.” 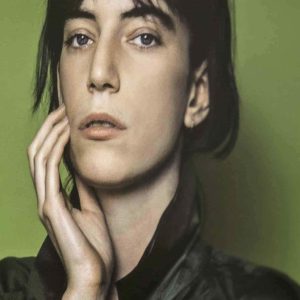 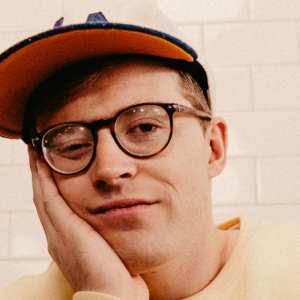