The practice of songwriting often gives artists an opportunity to unveil their own hearts to listeners. For independent artist Nathan Colberg, vulnerability while crafting musical projects has been a very present reality.

Into The Wild, Colberg’s latest album, takes the songwriter’s connection with raw emotion to a new phase. All the tracks are written for another person in Colberg’s life, giving him the opportunity to see life from another’s view and develop intricate lyrics that may not surround an experience he’s had personally. Colberg told American Songwriter about the motivation behind this new record and what it’s been like to create an album that hinges on the voices and influences of so many people.

Where does ‘Into the Wild’ fall on the path of your journey as an artist and songwriter?
As the title of the album insinuates, this project meets me at the beginning stages of my songwriting and artist career but also meets me as a recent college graduate entering into the “real world.”  A lot of my identity as a songwriter and artist was starting to be formed during the creation of this album. This is one component I find really special about the album – that you can almost hear the different styles of songwriting throughout the album and the different stylistic experimenting going on. The album spans almost a year and a half of songwriting and during that time my style was constantly evolving.

You’ve mentioned that you traveled between Charlottesville and Nashville many times while working on this project. Why is that an important element of this record? What impact did that process have on the final album?
This is an important element of the album because it introduced to me a new world of mega-talented instrumentalists, producers, and engineers that I would have otherwise been unable to work with if solely in Charlottesville. Ryan Poole, who produced the record, is who I have to thank for this component of the album. He taught me what it looks like to know when to give up control to other people so that they can put their artistic expertise on the project, which then elevates the overall quality of the record.

When you say each track was written for a different person, what do you mean by that, and why did you craft the record in that way?
I had a tendency to write music that is deeply introspective, which is awesome, but I wanted to shift my writing style for this album and write from a perspective that was a little more outward looking than inward looking. What this allowed me to do was bring in the experiences of others into the music in a way I had not done in the past. One of the most special parts of the album is knowing that each song, though they may be enjoyed by many, was really written for a specific person at a specific time. I’m very proud of this component of the record and it’s what makes this piece of work unique from other music I’ve been able to put out.

How is this record, and particularly the above mentioned writing perspective, different from your previous work?
For this particular album, I wanted to do my best to try and make music that I could be proud of even if ultimately no-one listened to. It’s an odd thought, but a very real question that artists and songwriters like myself have to think about in an era when so much music goes unrecognized. So, when I was writing these songs, if they weren’t going to be special to everyone, I wanted to make sure they were special to someone. Ironically, I think this mindset ultimately created songs that have been widely consumed, appreciated, and celebrated by people far outside of who the songs were initially intended for.

What do you hope listeners walk away thinking or feeling after listening to ‘Into the Wild’?
I’m not really sure how listeners will feel about it, but my hope is that when people listen to it they will know that there is at least one other person who feels a little lost, confused, and intimidated in this wilderness of life, and that’s me. Maybe it allows the listener to have a little grace for themself.

What do you think you’ve learned or how have you grown through this process? What are some goals you have moving forward?
Exciting things are happening behind the scenes and as I mentioned earlier, my writing is continuing to evolve and I am starting to work more rhythm and energy into the new songs I am writing. More new music should be right around the bend in 2021 and I cannot wait to share the next steps, but until then, I really hope people enjoy this album! 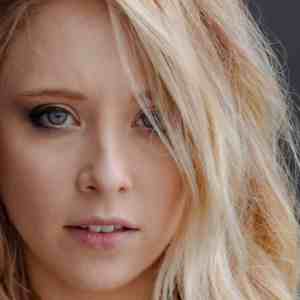 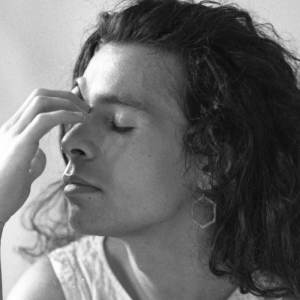