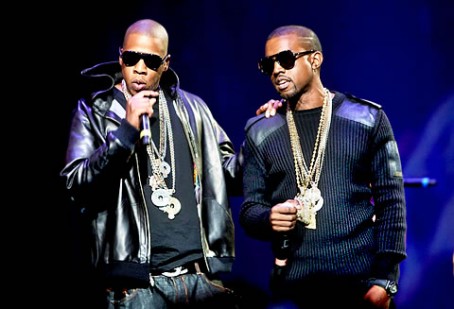 Earlier this month, The Source wrote that Jay-Z and Kanye West’s collaboration, Watch The Throne, may make its debut July 4 on Def Jam. Originally slated to drop in January 2012, the initial release will most likely only be digital to avoid leakage, according to AllHipHop.com.

CyHi the Prynce, an artist on West’s G.O.O.D. Music label, stated on MTV’s Rap Fix Live that “all the music and everything is done” for Throne and declared the album “ready to go.” He did not confirm AllHipHop’s rumor, only saying, “I don’t know the business of the logistics of it.” Whether fans will be celebrating an early release Monday or not remains to be seen. As CyHi put it, “You never know what they gonna do and how they gonna put it out. They might put it out yesterday.”

Watch The Throne isn’t the first time the two artists have teamed up. Previous collaborations include Jay-Z’s appearance on West’s debut The College Dropout, and West’s contributions on Z’s The Blueprint. In 2010, they joined up again to record Watch The Throne, which was originally planned to be an EP. They recorded in the south of France and New York’s Mercer Hotel. After five songs were finished, there was still additional material, which prompted West to announce on MTV in October that Throne would be a full-length.

The artists released the single “H.A.M.” to excited fans in exchange for a like on Facebook back in January, though the erratic, mediocre track didn’t merit stellar reviews. Neither “H.A.M.” nor the other previously released single, “That’s My Bitch” are found on the unofficial tracklist: