For sought after Los Angeles producer, Karriem Riggins, it all began with the drums. Riggins’ father, a skilled keys player, performed with, among others, the great jazz guitarist, Grant Green, and Riggins would watch intently, starting at three-years-old. Tagging along to shows inspired the aspiring young musician and when he began to understand and follow along with the drums, Riggins fell head over heals for them. The instrument’s ability to change the mood and tone in a room just by altering the rhythm or feel wowed him. Later, after he got his first drum set, Riggins began to take music seriously. He also played trumpet and he got some rudimentary recording equipment. By 1994, Riggins moved from his hometown of Detroit to New York City, where he began to flourish. This year, Riggins released unique projects with the famed rappers, Common and Madlib, and he is poised to unveil even more new work in 2021.

“It’s been an ongoing thing for me,” Riggins says. “I always pursued jazz and hip-hop. It’s just something that was in me from the beginning. I’ve been playing professionally since high school. It wasn’t exactly a new discovery for me. By the time I made it to New York, it was going on.”

Though music had been in his life from the get-go, something crystalized in the Big Apple. When it came to music – and especially hip-hop music, Riggins says – the art form provided a way to speak to the city, if one did it accurately and artfully. It was a way to communicate to the populous.

“That was the language of the people speaking out,” Riggins says. “Or just telling stories about what’s going on. That’s what I wanted to have a voice in, to add onto that art form.”

Over the course of his career, Riggins has worked with standout names like Paul McCartney and Norah Jones. And recently, he’s put eclectic out projects with Common and Madlib. For Common, Riggins has produced many records over the years, including his most recent, 2020’s A Beautiful Revolution (Pt. 1). The album incorporates the rapper’s signature poetics and words of wisdom laid of Riggins’ signature smoothed bop sounds. His beds of music are like calmly spoken phrases interspersed with the occasional exclamation point.

Get the latest
Pardon My French
Buy from Amazon

“To tell you the truth,” Riggins says, “I don’t even think of the sounds. I just create. I think I’m just a reflection of what I listen to and what inspires me. All of the records I grew up listening to for inspiration come out when I’m creating. It’s about finding my own voice. What you’re hearing is me on my quest for that voice and trying to evolve to create something new and fresh.”

With Madlib, the two musicians have created their own umbrella moniker, the Jahari Massamba Unit, and this year the duo released its latest conceptual LP, Pardon My French. The two met in 2004 through famed beat-maker and producer, J Dilla. The way Riggins and Madlib work is almost always remotely. Riggins will send his producer counterpart, say, thirteen-to-fourteen drum options and Madlib will send back files with instrumentation, melodies and other sonic goodies. The beauty is in the surprise, in venturing to and through the unknown with another creative soul to find out only what you two together will.

“We don’t even talk about what we create,” Riggins says. “It’s like there are no rules. It’s just free and I think that inspires me and I think it’s the way music should be created.”

That such a fruitful partnership was born out of an introduction from J Dilla will come as no surprise to fans of the legendary producer, known for his work with groups like A Tribe Called Quest, The Pharcyde and De La Soul, among many others. Riggins and Dilla were friends for years before Dilla passed away suddenly in 2006. Dilla was a mentor, someone who pushed Riggins to always be better, often by dropping crates of records off at his house to sort through and sample.

“Generosity goes a long way,” Riggins says. “Also he just set the bar so high. That is a blessing. We know how hard we need to work to get even a fraction close to that.”

Today, as Riggins continues to work, he says he takes things day-by-day. With 2020 coming to a close, 2021 will offer new opportunities but they will likely be borne from perspiration as much as anything else. Riggins says he will have a new project to announce soon full of big-name features but, until then, he will continue to plug away the way he’s done for decades ever since he first laid eyes on a drum kit, listening to his heart and following his instincts.

“I love that there’s a freedom in music that I don’t feel anywhere else,” Riggins says. “Music is an outlet for me, therapy. It’s medicinal. For a lot of people who listen to music we make, it’s healing. So many beautiful things come from melody and harmony and rhythm.”

Get the latest
A Beautiful Revolution (Pt 1)
Buy from Amazon 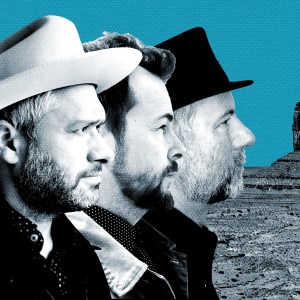 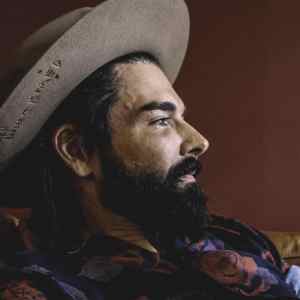