When Kat Edmonson sang at the Winter Jazzfest in Manhattan in January, she was a pixie figure in a bright-red, pixie haircut. Just over five feet tall in her black heels, black tights and short black dress sprouting red and white flowers, she was a slender, elfin presence at the microphone. But when she sang, she mesmerized the room with her silky high soprano. She didn’t sing loudly, but even at the top of her range, she sang with a precision of pitch and a clarity of emotion that commanded attention.

Her range is so high, in fact, that there’s often a girlish quality to her voice. No dummy, the Texas singer-songwriter uses that genetic accident to explore both sides of the boundary between childhood and adulthood. Her own composition, “Too Late To Dream,” the spark for her terrific new concept album, Dreamers Do, examines the traumatic crossing of that border. “Tell me, little star,” she sings in voice that’s innocent one moment and wounded the next, “have I come too far? Have all these dreams only been just that: just dreams?”

“I know I have childlike qualities,” she confides over the phone from her current home in Brooklyn. “I don’t know if it helps me, but I use it, and I’m entirely conscious of it. At the same time, I was a precocious little kid who seemed older than she was. I liked conversing with adults and hanging out with adults. So I’ve always been aware of myself as a small package with a high voice. I know how I come across.”

She recorded “Too Late To Dream” for her 2018 album, Old Fashioned Gal, but ultimately she left it off. The song’s unsettling questions didn’t fit with the other tracks in that concept album about the allure of an older world as depicted in vintage movies and musicals. This tune was too closely connected to her own life in the problematic modern world.

She’s been on the brink of stardom so many times. She recorded with Lyle Lovett and appeared in Woody Allen’s Café Society. She had a deal with Sony Masterworks Records and worked with big-name producers such as Phil Ramone and Mitchell Froom. She’s never gotten over the hump, and at 36, she wonders if she will.

“‘Too Late To Dream’ asks that question: Is there a point where it’s too late to follow a dream?” she explains. “It expressed all the self-doubt I was feeling, whether I was relevant to anything: to society, to the music business, to the sea of other voices. It asked if I had permission to keep going—or does there come a point in life when it’s too late to follow a dream? I was still asking that question and seeking an answer. I went looking in the music from my childhood, the songs from a lot of Disney movies.

“That’s where I learned that if you have a dream, you should follow it and it will come true–that’s the overarching message of all those films. I got real inspired and started thinking of ways to interpret that music. I discovered something in the process that led me to an answer. I realized the reason I’d begun to struggle was I had established expectations of what realizing my dream would look like, that it would be a means to something else, more money, more attention. I realized that the act of dreaming is its own reward.”

On the album, she sings the song with her regular jazz combo supplemented by a chamber orchestra. Quietly but compellingly, she wistfully recalls her younger self, who believed “whatever I could dream was meant to be.” By the end of the song, after an orchestral interlude, she’s asking, “Am I caged by my age? Have I read the last page?” Her “adult voice” sings a duet with her “child voice” in a dizzying, overdubbed dialogue that we’ve all had between our present selves and our younger selves.

That song sparked an album filled with songs about dreaming—from the most optimistic fantasy to the scariest nightmare. She sequenced the numbers so they traced the arc of a single night, from drifting off to sleep and into dreamland to being awakened by dead-of-night noises and worries to drifting off once again. The theme of “Too Late To Dream” is echoed in the unaccompanied voice/guitar duet with Bill Frisell, “The Age of Not Believing.” Instrumental bridges connect many of the songs.

“It takes place over the course of a night,” she explains, “as we go in and out of different dream states. At the time I was working on this, I was having dreamless nights, and I’d never had trouble sleeping before. But now I was waking up in the middle of the night asking the big questions.”

Her original composition, “Someone’s in the House” begins with an ominous upright bass figure and Edmonson responds, “What was that noise?” Before long, she’s asking, “Is someone in the house?” An alto sax solo and a tinkly piano only heighten the singer’s paranoia. Here’s the dark side of dreaming: when you’re open to new sensations, you can easily imagine the worst as well as the best.

“I wanted to show what it feels like when we embark in pursuit of a dream,” she says. “It’s the unknown. We don’t know where we’re headed. We have an idea of what we’re looking for, but we don’t know how to get there. It’s exciting, but it’s scary, and both of those things are thrilling. I wanted to show the power of stepping out in blind faith in a new direction for the first time. You can’t follow anyone else’s path for your dream. So it’s a courageous act, and that’s because there’s a real risk.”

To reinforce that sense of entering strange and unsettling territory whenever we dream, Edmonson added West African kora and South Asian tabla to “When You Wish Upon a Star,” turning Jiminy Cricket’s big number in the movie Pinnochio from a lullaby to an exotic exploration. In similar fashion, she added the Chinese fiddles, the pipa and erhu, to “Go to Sleep” from the movie Babes in Toyland.

“I did feel a loss of innocence over the past few years,” she admits, “due to dashed hopes and a longing for things that didn’t happen. But now I’m no longer heartbroken, because that’s part of dreaming too. Knowing that, I’m quite comfortable and full of wonder about the unknown; I’m eager to pursue my dreams and see what happens without adhering to certain expectations about what’s supposed to happen. I’m becoming super-aware of the places where I’m closed off from curiosity. I’m paying more attention to those and nudging myself to become more curious about them.”

She wrote her first song when she was nine years old, living in Houston with her single mom. From the beginning, she’s had an unusual approach: Because she doesn’t play an instrument (many times she’s tried to learn piano, but it never sticks), she writes by imagining wordless melodies and singing them to herself until she remembers them. She still remembers almost all of them.

“When the music comes,” she says, “a feeling always comes with it, then I discover the topic later. The music has so much space in it that has to be filled with words. It’s like a crossword puzzle that you fill in the squares. I know what vowel sounds might accompany those notes, so I start sorting through the words that might fit the meaning. On ‘Someone’s in the House,’ for example, the feeling of the music was mysterious, playful, angsty, but I didn’t know what it was going to be about. Maybe it would be a political song. Or a song of suspicion, but I didn’t know what it was suspicious about. But when I decided to use the song in this record, I knew exactly what it was about.”

When she performed at the Winter Jazzfest in January, she sang an unusually understated, spellbinding version of George Gershwin’s “Summertime,” but just as striking was her original composition “Lucky” from her 2012 album, Way Down Low. This song anticipated the new album with its declaration that “Life is just a dream, lucky you, lucky, lucky me.” As she sang, a smile crept across her face, a sneaky pleasure in knowing life can be an ongoing probing of possibilities as long as disappointment never derails our curiosity. 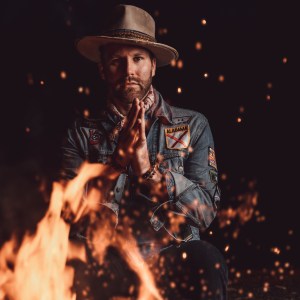 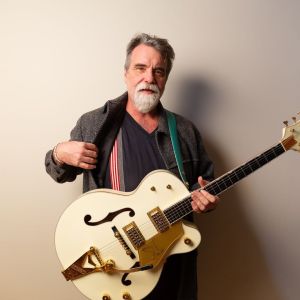