There’s an old saying: you can’t go home again. The idea is that once you leave home, there is no real way to return because too much time has passed, too much has changed. You’re not the same person you were when you left. But the 70-year-old blues artist Keb’ Mo’ is living proof that sayings, like rules, are made to be broken. Mo’ was born in Los Angeles, and later in his life moved to Nashville, where he’s enjoyed a residence with his wife now for about a dozen years. But during the COVID-19 pandemic, a lot changed for the artist, both internally and externally. He’s reconsidered what’s most important, down to the very idea of what home is or can be. These changes and the perspectives they brought helped Mo’ to create his latest LP, Good To Be, which is set for release Friday (January 21).

“I had these big awakenings about my life,” Mo’ tells American Songwriter. “What am I doing here? Why am I running around on the road so much? What’s the point—I was working on my career too much and not working on my family enough. It shifted things in a great way for me, shifted my priorities.”

While Mo’ grieves the 800,000 American lives lost at the hand of the virus, it would be impossible to ignore that there were also new discoveries he made amidst the tragedy. At 70, Mo’ says his mind is more open, he’s learned new skills (including the art of file sharing) and he’s forged new relationships with friends and musicians. But perhaps the biggest change is Mo’ purchasing his childhood home in Compton, California after his mother passed away, a measure he says he wouldn’t have been able to do had he not first transitioned to Nashville.

“When the opportunity came up to buy the house that I grew up in from my mom’s estate,” Mo’ says, “I bought the house. My wife and I renovated it. It’s maybe not in the most [fancy] real-estate in the world, but it just felt right to me to be there.”

Before Nashville, Mo’ and his wife lived on the west side of Los Angeles. Then they sold that place to move to Music City. That move allowed them the chance to later purchase the Compton house, which Mo’ has since used to record sections of his newest LP. He also composed and recorded sections in Nashville. His studio in Nashville, he says, is four times the size of the one in Compton. But that’s the point, to keep this dichotomous lifestyle. Not to mention, Compton has a rich, thick history with music (Hello, Dr. Dre).

“You can’t be in that house,” Mo’ says, with a laugh, “and feel like, ‘Oh man, I’m really ballin.’’ But it brings you back to the humility and how hard my mother worked to raise us.”

His mother was a hairdresser who raised four kids in the 800-square-foot house. One bathroom, two small bedrooms. Mo’ says he remembers spending a lot of time outside because there often wasn’t a ton of room inside. As such, he knew the whole neighborhood and had a dozen or two friends just on his block. They’d ride bikes, he played steel drums, they built model cars, hung out with their dogs. It was because of these memories that he didn’t want to lose his childhood home to a stranger, to a kind of sightless gentrification. Maybe the house will one day become a Keb’ Mo’ museum?

“I hope not!” Mo’ says, with another laugh. “I just want my family to feel safe to go there. I want people to know that house will always be available as a symbol of grounding, where we came from.”

The neighborhood around the house has “calmed down” a bit since Mo’ lived there decades earlier. There was a time, he says, when he remembers inviting his music contemporaries over but they’d be too scared to visit. ‘Why,’ he wondered, ‘I live there.’ In fact, his family has been there since 1962. Now, he’s reclaimed it and is working to build something in the community: a modest beacon to hard work, achievement, and family. Mo’ is proud of that house. And it’s helped to bring forth his new record, of which he is also quite proud. The album, which began during the lockdown, imbues a palpable sense of positivity, which is one of the artist’s superpowers.

“I grew up in the Martin Luther King era of non-violence and respecting people,” Mo’ says. “Content of character. So, I always like to approach a subject, especially a difficult subject, with tenderness.”

Mo’ remembers writing the song “Marvelous to Me,” featured on the new LP. It was right in the midst of the George Floyd murder and the world was angry. People were in the streets all over the globe. Mo’ knew the situation was “fucked up” but he tried to imagine its impact if any, 10-20 years down the road. He imagined a cloudy day with no sunshine, cold and grey. He imagined walking with troubles on his mind. And then he imagined laughing at those, clearing his vision and seeing that the future—whatever that may be—looked marvelous.

“It’s basically a way of saying I see better days ahead,” Mo’ says. “But how deep down that rabbit hole do you want to go? It could mean the obliteration of mankind. Maybe that’s still good news for the planet.”

The new album is a delight, and features a tremendous slate of guest artists, too. From Ketch Secor to Kingfish Ingram to Darius Rucker (see above) and Kristin Chenoweth, who is a new friend for Mo,’ but one who he cherishes, he says. The talented, accomplished artist brings buoyant energy to every project and, Mo’ says, she challenged him on this one. The song she sings on is an original Keb’ Mo’ track that’s 40 years old and written in the ‘70s. It had previously never been recorded or released. The relationships mark a life lived authentically and honestly for Mo’, even if his career didn’t take off until later in life. Mo’ was 40 years old when he found his way. Thirty years later, he’s set to release his 18th record and go on a four-month worldwide tour.

“I had tried every trick in the book,” Mo’ says. “I’d tried to do all the things, like go to L.A., go to the parties, schmooze. I’d done all that stuff and then I threw that out. I thought, ‘why am I in this? Because I love music.’ So, I threw my life, bones, and flesh on the ‘mercy of the court’ and said, ‘Do with me as you will!’ And that’s when everything changed almost instantly.” 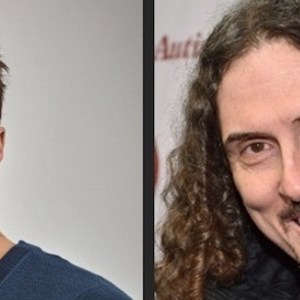 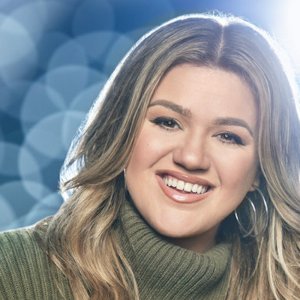