“The song started with the bass riff you hear in the intro,” Castro tells American Songwriter of the track, which premieres below. “I thought it was so fun and a little reckless and it sounded like that feeling of wanting something/someone in a way that feels messy but addicting so I wrote about that feeling.”

Castro recorded the alt-pop confection with her producer Rob Auerbach at his home studio. “I’m in there probably 3 to 4 times a week writing and recording new songs with him,” she says. “We typically start pretty basic on guitar, bass or keys and then I write the lyrics/melody while he produces out the track.”

“When this song was first being written,” she continues, “it had the feeling of the alternative rock music that I grew up listening to—bands like Cage the Elephant, Young the Giant, Alabama Shakes, The Black Keys, Arctic Monkeys and more. I also grew up listening to classic soul music, and that has really shaped the way I write melodies and harmonies as well. I wanted to keep that inspiration while bringing it into a more alt-pop space and putting my spin on it.”

“I typically write pretty heavy stuff, but ‘sugarblind’ is really different,” she adds. “It is so fun and carefree and I want the listeners to feel that, especially if they are typically melancholic the way I am.”

Despite that fun and carefree vibe on ‘sugarblind,’ Castro says she writes at her best when she’s sad. “I find melancholy to be the biggest inspiration for me personally,” she explains. “I write/talk through my feelings in order to understand them, so when I am feeling emotionally frustrated, that’s when I do my best/deepest writing.”

Castro is drawn to songwriters and artists “that are brutally honest with the way that they write/emote.” While her own lyrics lean more figurative, she’s attracted to directness. “I tend to hide behind veils of metaphor so I don’t have to say what I really want to say and when an artist is really blunt with their lyrics/performance I have the most intense respect for them,” says Castro. “Some artists that I am into right now that do that are Donna Missal, Upsahl, Merci Mercy, Noah Cyrus and Ashe.”

Her favorite lyrics, however, come from “Godspeed” off Frank Ocean’s acclaimed 2016 album Blonde: “Wishing you godspeed, glory / There will be mountains you won’t move / Still I’ll always be there for you / How I do / I let go of my claim on you / It’s a free world / You look down on where you came from sometimes / But you’ll have this place to call home always.” “Those words,” Castro reflects, “got me through my move to LA when I was 18 and terrified.”

For Castro, KiNG MALA isn’t just a moniker—it’s an alter ego. “I wanted to have a name for this project that represented me as an artist,” she says. “When I perform/write/record I slip into an alter ego that is far more confident and creative than I think the regular Areli is. I decided to go with ‘king’ because I consider myself pretty androgynous and I love the idea of balancing that masculine and feminie energy artistically and ‘mala’ means ‘bad bitch’ in Spanish which is a little nod to my Hispanic roots.”

KiNG MALA may be a solo project, but it’s by no means a solo effort. “I’ve had many important collaborators in my life,” says Castro, “mostly my many many talented friends that have helped me with this project throughout the last year (shoutout to my pals Lauren, Raye, Devin, Tyler, Nolan, and Drew specifically). But with my new music, I have experienced the most growth and creative success working with my dear friend and producer Rob Auerbach.”

“sugarblind” is KiNG MALA’s third single to date after “Shadows” and “Hurricane,” but Castro is busy gearing up to release more music.

“My goal is just to be as authentic, creative, and driven throughout these releases and throughout my career,” she says. “I can’t wait to tour and meet more people and just share everything I have been making with everyone. My biggest ambition overall is to be able to really connect with people through my music.” 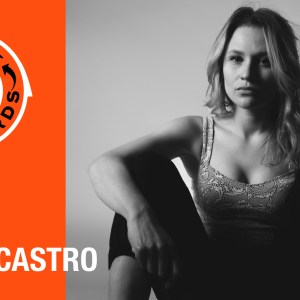 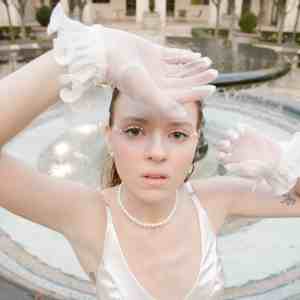