Laura Pergolizzi, who records as LP, has forged a roundabout path to her new release, Forever For Now. She released two solo albums in the early 2000’s which went nowhere, saw labels come and go, and eventually made her way as a songwriter for pop superstars like Rihanna, Backstreet Boys, and Christina Aguilera among others. In 2012, her soaring single “Into The Wild” received heavy exposure on a Citibank commercial, leading to another chance for an album-length statement with Warner Bros.

LP doesn’t certainly doesn’t waste her opportunity. Produced by Rob Cavallo to the hilt, Forever For Now is filled with sprawling pop songs that soar to heights meant to maximize the impact of Pergolizzi’s unreal voice. Imagine a cross between Ronnie Spector and Florence Welch (of Florence & The Machine fame) and you’ll get an idea of the vocals LP puts on display throughout the album.

Cavallo is a pro at the kind of rock/pop drama that came in so handy when Green Day went for broke, and that kind of style suits LP’s material well. While her songwriting for others may have played to a younger crowd, the songs she pens here skew more adult and contemplative without being brooding. Shimmering opening track “Heavenly Light” yearns for some sort of transcendence from everyday problems, while “Into The Wild” is driven by existential ponderings. “How do we how do we not fade away?” she bellows in the piercing refrain.

Hooks are everywhere on tracks like lead the sweetly sentimental first single “Night Like This” and the ever-climbing romantic ode “Levitator.” Other highlights include “Your Town,” which finds release from sorrow in a hand-clap happy chorus, and “Savannah,” which rides a rumbling beat into a refrain that sings the praises of the titular city.

There’s not a song here that doesn’t seem meticulously crafted and ready for radio airplay, which, oddly enough, is probably the album’s main drawback. While you can cherry-pick these songs and find potential hits at every stop, listening to it all the way through reveals a certain sameness in approach: Quiet, atmospheric opens, cloud-bursting choruses, and a few of LP’s wordless banshee wails thrown in for good measure.

That’s why the closing title track is such a pleasant surprise. Musically, it combines LP’s ukulele with some gothic minor-key piano and features a moody melody and tortured lyrics that make it sound like a Kate Bush song written by Jim Steinman. It never explodes into the big refrain, staying defiantly downcast and showcasing another side of this intriguing artist. Forever For Now the album proves that L.P. has the stuff to compete with pop chanteuses of any caliber; “Forever For Now” the song hints that she can captivate even when she skews more mysterious than majestic. 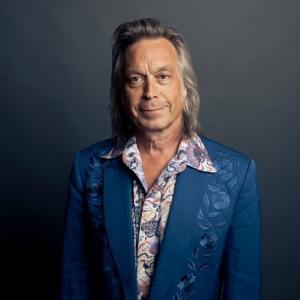 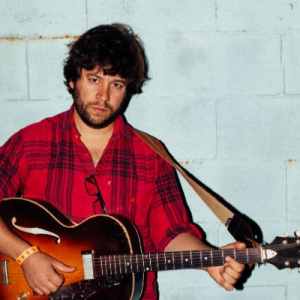