For many during the pandemic, writing new music has been difficult. Social distancing and the shut down of businesses have caused a type of isolation that has hurt the creative process for some (including Ben Gibbard). But for Shana Cleveland, founder and principle songwriter for the Los Angeles-based harmony-centered rock ‘n’ roll band, La Luz, quarantine hasn’t derailed her songwriting efforts. In fact, Cleveland is working on two albums at this time – a new La Luz record and a new solo album. Writing, for the artist, is just about all there is to do professionally now that recording and touring have been halted. So, that’s what she’s doing on her 9-acre stretch of land in Northern California.

“My partner, Will, and I are both touring musicians,” Cleveland says. “We spend a lot of time in cities as it is. So, we thought, we don’t have to live in a city. I’ve always gone out into nature and isolation to write, that’s always felt like the place where I could let my mind wander the easiest. So, living in this place is where I can be most creative.”

Despite feeling comfortable amidst nature on the spread-out acreage, Cleveland is normally often on the move during non-pandemic times. The habit started early. As a young person, her family often took road trips to see relatives. Cleveland, who grew up in Kalamazoo, Michigan, loved being on the open road even then.

“For some reason,” she says, “I always romanticized traveling. It’s something I always knew I wanted to do. I like seeing new places, having everything be different. Whenever you leave your house everything is different.”

After high school, Cleveland moved to Chicago where she went to college. Later, she moved to Los Angeles for a year and then to Seattle where she planted roots for longer than expected as her music career began to take off. Fronting the now-defunct band, The Curious Mystery, Cleveland was signed to the famed label, K Records. Later, in 2012, she released the debut La Luz EP, Damp Face, and signed to Sub Pop subsidiary, Hardly Art. La Luz began to rocket up local radio charts and gain a name nationally. Since, the band has released three LPs, worked with popular artists like Ty Segal and traveled the world from France to Australia.

“I love touring,” says Cleveland. “I love the feeling of freedom. I love having to live in the moment. That’s a really valuable lesson that you get from touring, you’re forced to be in the moment all the time, which is really Zen in the midst of total craziness. I love that lifestyle, I love how it forces you to be resigned to be okay with whatever happens.”

La Luz, comprised of four women, offer shimmering, at times eerie harmonies, bolstered by Cleveland’s masterful sense of tone and mood. Her solo work, which she writes more acoustic than electric, is equally sublime in its sonic subtlety. Cleveland, who says the songs for the next La Luz record are written, says she she hopes the band can get together sooner rather than later to refine and record them for a possible 2021 release, with a potential solo release several months afterwards.

Cleveland, who started playing music in junior high school (the bass was her first instrument) and began writing songs at about 15-years-old, comes from a musical family. Both her parents are musicians and instruments and records were always available in the house. Today, after being raised by artists, Cleveland is now a new parent, herself. And she and her partner (who plays with Shannon and the Clams), have already brought their new son Ozzy on a European tour.

“It was really important to both of us to keep doing what we were doing,” Cleveland says. “I feel like it’s a good lesson for a kid to see their parents living a life that makes them happy.”

Cleveland remembers being a kid and reading about child actors who went to school for half the days in trailers and went to act in sit-coms or movies the other half. She remembers being “jealous” of those kids. But now she has carved out a lifestyle for herself and her young family that includes the abundance of music she was used to as a young person combined with international tours (when pandemics permit), popular records and a great deal of songs born from thoughtful, personal writing sessions amidst nature.

When it comes to her band, Cleveland says maintaining a level of consistency during the group’s evolution is important. An accomplished visual artist, Cleveland often creates the images for her records and when she can’t, she says she sources the work out to artists who understand the specific balance the band has achieved: part-angelic, part-rock ‘n’ roll and part-dreamlike and mysterious.

“There’s something about music that’s just magical to me,” Cleveland says. “The way it can make the world disappear or the way it can illuminate things in the world that you never would have noticed before. I never know why it’s happening and I love that too. Music is not math; it’s the opposite of math. I never really want it to make sense. I just live for the mystery of the things I don’t understand.” 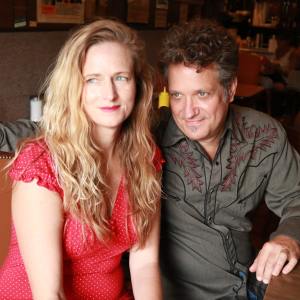 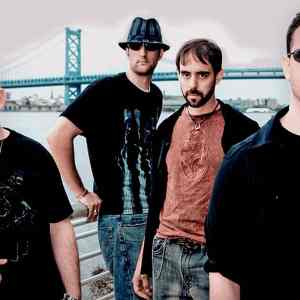