La Luz announced the news on social media, writing to its followers on Instagram, “Hello sweet friends and Luzer fam, You may have noticed a little radio silence on our end of late. Normally a month before a tour we’d be blasting you with show announcements but we’ve been forced to shift our focus upon finding out that Shana has breast cancer. While we’re still waiting to get info on what treatment will look like, it seems clear we won’t be able to make this East Coast Tour happen in March. We know she’s going to pull through this stronger than ever and are hoping that our European tour beginning in May can go on as scheduled. We miss you terribly and will rebook shows in the Midwest and Eastern US as soon as possible. Sending love to you all ❤️❤️❤️❤️”

In a separate statement to Pitchfork, Cleveland was more explicit about hearing the news at first, in the doctor’s office.

She told the outlet, “The nurse who gave me this news hightailed it out of there after she told me and I found myself sitting alone in a tiny windowless room with the diagnosis for what felt like an eternity but was probably about 10 minutes. In the weeks that followed, I was overwhelmed with loneliness, feeling like I had been sucked out of the world I knew and placed into some new weird cancer realm. When we realized we needed to make an announcement about canceling the tour it was important to me to tell people why, because this disease affects so many families I figured the odds were pretty good that some of our fans were in the same boat and sharing my diagnosis might make them feel a little less alone.

“Since making the announcement I’ve been overwhelmed by the support we’ve received and it makes me more determined to get back on the road as soon as this is over so I can share my love and appreciation in person.”

In 2021, the band released its latest, self-titled album.

And in the wake of Cleveland sharing her news, the band has launched the La Luz Family Fund to support her in her treatment and recovery. 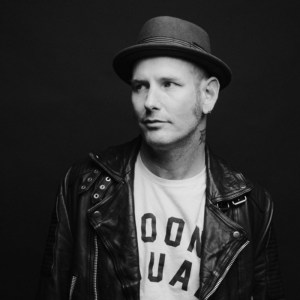