Today, there are few people who aren’t at least aware of the celebrity and musician, Lady Gaga.

She’s risen to fame (and the top of football stadiums) with her dance-oriented pop music and diverse looks and shape-shifting aesthetics.

But what has all this done for her, in terms of her business and her net worth? Let’s dive in.

Lady Gaga was born in New York City and studied art as a teenager at Tisch University. She grew up playing piano at the suggestion of her mother. In high school, she was bullied for being an outcast and weirder than her peers. Yet, she developed skills, and eventually, confidence which led her to believe she was the next biggest thing to come to pop music. She was right. She later signed with the rapper-singer Akon and his label and her career soon took off.

According to Wealthy Gorilla, the 34-year-old pop star clocks in at $320 million.

Born Stefani Joanne Angelina Germanotta, the artist, who is signed to Interscope, has made this fortune on the backs of successful albums and singles releases as well as Las Vegas residencies (which earn her $1 million per show), makeup (like her Haus Laboratories, which is sold exclusively on Amazon) and fashion deals.

She has since leveraged her fame to become an A-list actor, performing major roles in films like A Star Is Born and House of Gucci.

Amongst her many charitable endeavors, Gaga recently organized a concert during the COVID-19 pandemic lockdown. In 2020, she helped bring to life the “Together At Home” concert with Global Citizen, which raised some $130 million.

In 2012, Lady Gaga garnered some $80 million through album sales, tours, endorsements, and more. Other years have grossed $40 million per and between June 2018 and June 2019, she earned another $40 million, followed by a $38 million earning the following year. Her “Joanne World Tour” grossed nearly $100 million from nearly 850,000 tickets sold.

According to Celebrity Net Worth, Lady Gaga resides on a six-acre home worth over $22 million, which overlooks the Pacific Ocean in Malibu, California. And in 2016, she bought Frank Zappa’s former home in Los Angeles, which she later sold to Mick Jagger’s daughter, Lizzy, for $6.5 million.

Gaga was listed on the Forbes list as one of the richest self-made women.

Fans can read more about Lady Gaga via American Songwriter’s interviews with the pop star HERE and HERE. 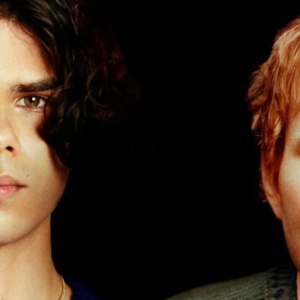