Playing music can feel magical. Songwriting, too. The perfect note can pop into your head mid-jam and the whole room can explode. Or the right lyrical line can flutter into your fingers and a universe can open up. But without practice, without sitting down and doing the thing, none of this can happen. Songwriting and performative excellence come to those who do. You have to be in the stream to get wet, so to speak. Lake Street Dive frontwoman, Rachael Price, knows this well. In fact, her favorite aspects about music are getting in a room and hunkering down to dive in headfirst.

She thinks about the band’s upright bassist, Bridget Kearney, who says it’s like fishing. You may not catch a fish in the lake, but you have to go fishing to catch a fish. There are no two ways about it. You have to write, and practice if you’re going to be a musician. So, Price, Kearney and the rest of the band do just that: they work. And that effort is evident on all their records, and most recently on the band’s new EP, Fun Machine: The Sequel, which is out Friday (September 9). It’s an album born of musical appreciation and dedication.

“Sometimes it can be great to just force the habit,” the Australian-born, Tennessee-raised Price tells American Songwriter. “To create some sort of structure to make yourself write any song or any piece of a song. I was just thinking to myself that I’ll probably, over the winter, join a songwriting group, which a lot of good friends in our community will participate in.”

The Brooklyn, New York-based Price says the songwriting group encourages production. For her, living in New York is a series of inspirations and the group is one of those great examples. Participants can send in anything: something they’ve worked on for 15 minutes or for weeks. But if there is no submission at a given deadline, you’re kicked out. The rules provide for real motivation. This is the work Price will undertake after the band concludes its fall tour, which stretches from the release date of their new EP (September 9) through October. Never a dull moment.

And for the new record, the band began their creative process simply by listening. About 10 years ago, Lake Street Dive went into the studio to create their EP, Fun Machine, an album of covers. Now, a decade later, the members wanted to celebrate their roots and release its sequel. So, to do so, they made a communal playlist.

The band pared it down to the final six songs and got to work. They landed on tracks by Dionne Warwick, Shania Twain, the Pointer Sisters, the Cranberries, Carole King, and Bonnie Raitt. Price says these are all singers—especially King, Raitt, and the Pointer Sisters—that she admires and adores. In some way, they are a selection of her favorite singers.

“The one thing we’re always going for when picking a cover,” she says, “is that we want it to be familiar but not played out.”

Lake Street Dive owes a portion of its success to its knack for reinterpreting cover tunes. The band took advantage of YouTube, in its salad days in the early 2000s, releasing a cover of a Jackson 5 song they performed on a Boston street corner. That video now has millions of views. They used horns, upright bass, and Price’s powerful voice to draw ears. The group, which formed in 2004 formally, is comprised of former New England Conservatory of Music students. There, they studied music theory, jazz history, and improvisation. Born from an environment of experimentation, Lake Street Dive harbors many songwriters, all of different tastes. The result is a cornucopia of influences and styles. And when they took this collection of artists on the road, they quickly learned what made the band hum.

“We were really shaped by playing venues in Boston,” Price says.

Those gigs, though, quickly turned to tours. They played to 10 people then the next year they played to 15. All the while, word grew with the crowds (YouTube helped). And the band soon learned which songs in their repertoires earned big responses from fans. It was those tunes they then leaned into. Both because they felt fun to play and because they helped create a community, people collectively hooting and hollering for more. It’s that response that fueled Price and the group. And as the band matured, they found they all loved songs from Motown, and the Beatles, and wanted to share those sensibilities.

“We always used to joke around how we were falling ass-backward into success,” Price says, with a laugh. “In truth, it was quite incremental. It was a pretty classic story of a band hitting the pavement and getting in the car.”

The band then found a manager and coalesced. Then more breaks came. The great producer T Bone Burnett asked them to play on a special show that landed them on Showtime to promote the movie Inside Llewyn Davis. That was a huge break for the group, which was largely still unknown at the time. Later they made an album with another famed producer, Dave Cobb, who offered a genre-bending process that behooved the group’s ethic. The band needed a versatile person behind the boards, and they got one with Cobb. Today, much of the band is situated in Brooklyn and the flames of their diverse interests continue to be fanned.

“I like to live here for the live music,” Price says. “There are so many incredible people making live music and performing it all the time all over the city, especially in small venues. You can experience the music in such a visceral way.”

For Price, music began at a young age. Born into a musical family, her father is a composer, and growing up she was in close proximity to a choir, seemingly at all times. Her mother and siblings, as well. She knew early on she wanted to be a performer, and loved the connectivity to other singers, combining voices. As she got older, she began copying singers, learning their “vocabulary.” Artists like Ella Fitzgerald, and Doris Day. And while Lake Street Dive produces a great deal of original music, there is something special about their habit of releasing covers, too. It’s part of their origin story, and part of Price’s too. It’s something they’ll bring on their upcoming tour and something they’ll keep with them always. It’s a conduit for gathering. So often, that’s the space where the magic occurs.

“I love being in a room with people playing music,” Price says. “That’s what I love most about it.” 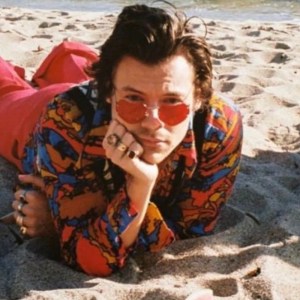