When things are quiet and the house is still and the music he started creating today gets to the point where it can wait till tomorrow, LANCO front man Brandon Lancaster looks at his four-month-old daughter Elora Ivelle Lancaster. And he is in awe.

“All of this has just been incredible,” Lancaster gushes about the little girl he and wife Tiffany welcomed to the world this past September, during a recent interview with American Songwriter. “I can’t say I know any more about being a parent quite yet, but you know, you take it day by day. She definitely was a silver lining of our 2020.”

And there are more blessings to come for the five-man band in the coming months, with both Chandler Baldwin and Tripp Howell eagerly awaiting the births of their first children with their respective wives. And with every marriage and every baby and every year they tear off their collective calendars, they find themselves getting more reflective with every passing day.

“All of a sudden, you are looking at this baby you created, and you realize all the things that led to this moment,” Lancaster says quietly. “Life and relationships are suddenly bigger than just the two of you. You are a family, and in turn, you start looking through that lens.”

Especially, when it comes to songwriting.

“All artists go through it…or they should if they want to be honest in their music,” Lancaster says with conviction. “It’s all part of it.”

In fact, LANCO’s brand new, bluesy-rock anthem “Near Mrs.” seems to point to a band looking at life from a whole new vantage point. While the distinctive sound that fans fell in love with, via hits such as “Greatest Love Story” and “Born to Love You,” remains perfectly intact. The emotional well in which LANCO is pulling from within their songwriting seems to be deeper and more reflective than ever before.

Written over the course of an afternoon by Lancaster, Shane McAnally and Jeremy Spillman, “Near Mrs.” takes listeners on a tongue and cheek ride through the roller coaster of life, landing on the realization that everything that happens over the course of one’s love life…happens for a reason.

“It’s about your near misses,” says Lancaster. “It’s looking back on your life and thinking about what you could have had and being totally okay that you don’t. It’s about realizing what could have been, but how glad you are that things turned out exactly the way they did.”

And once the lyrical baseline of the song was established, it was off to the races.

“Part of the writing process is that moment when someone throws out a line or idea, but then the battle is to find out where to go with it,” says Lancaster. “But this song? There was no battle. This one was natural. It started writing itself.”

To make things even more interesting, the band of songwriters made the decision to essentially put a lyrical call out to a plethora of cities such as Chicago and New Orleans to essentially represent the loves they met along the way.

“Everything essentially had a double meaning,” Lancaster explains. “We basically laid out the whole story in the first verse.”

So yes, “Near Mrs.” most certainly serves as the first look into the evolution of LANCO’s songwriting, a craft that has grown by leaps and bounds since the band first got together back in 2015.

“I mean, when we were first starting out, we were living with eight guys in a two bedroom house,” Lancaster recalls with a chuckle. “We were in our early twenties and we were broke and if we thought about the future too much, we would get downright nervous. So, we used songwriting as an escape. We told stories.”

“We are not old yet or anything,” Lancaster laughs. “But yeah, we are starting to see the horizon of our future. We find ourselves at this place where you look back and think about everything that you have learned. You have a little more life experience. And so far, it’s led us to this really cool place to be writing from.”

Listen to “Near Mrs.” here. 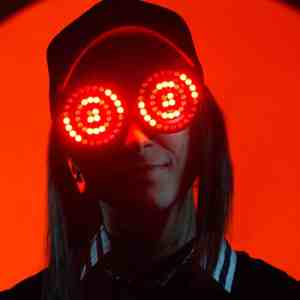 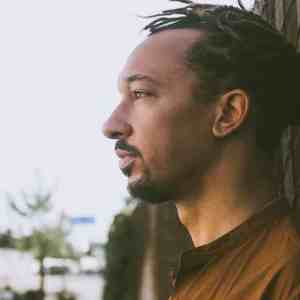