Perhaps this, Larkin Poe’s fifth album, should have been titled Self Made Women. That would more accurately describe the blues loving Lovell sisters’ career arc over the past decade as they moved from recording albums in their home to a Grammy nomination and headlining status for 2018’s Venom & Faith.

Nashville by way of Atlanta multi-instrumental sisters Rebecca (lead vocals, guitar, keyboards) and Megan (various lap steels, occasional synths) have worked hard, touring incessantly, producing their music for their own label and generally taking complete control of a journey that has seen some downs but mostly ups. They are on a roll now.

In some ways the confidence displayed on all ten swaggering tracks of Self Made Man is a payoff for the years of travel and sweat that came before. While the sisters have never made a bad album, as soon as you push play and the title track comes roaring out with its classic Led Zeppelin-styled riff, sung and played simultaneously by Rebecca, it’s clear that the sisters have found their footing.

This is surely blues-rock, a style that has taken on a clichéd status over the years.  But in the Lovell sisters’ hands, it’s written and performed with an eye to the pure, decades old Delta style, pumped up for arena sized consumption without compromising any of its stripped down command and intensity. Rebecca possesses the vocal arsenal of Ann Wilson but is just as comfortable dialing it down for ballads such as when she hovers over Megan’s East Indian inflected slide lines in the brooding, somewhat unsettling “Every Bird That Flies.”

See what they do/And if it don’t match up/I might be lying too” can be traced back to chain gang rhythms. Those same handclaps reappear often, in particular on “Tears of Blue to Gold,” a song that pushes its blues base into a radio ready sing-along of “Time moves on like a melody and I can hear those memories sing.”

Megan shines when ripping tense slide lines in “God Moves on the Water,” the album’s only cover. The traditional gospel about how people braved disasters in the past (also oddly relevant to today’s coronavirus struggles), is pushed into a fire and brimstone sermon with just rhythmic beats, Rebecca’s righteous vocals and an underlying sense of the strength of the human spirit.

The closing churchy testifying “Easy Street” finds Rebecca singing “Working hard, putting miles on my own two feet… I’m gonna keep on keeping on/Cause it won’t be long/Til I walk on that easy street.”  The rugged, crackling, and invigorating raw blues of Self Made Man should be the ticket to getting there. 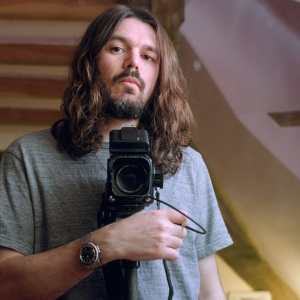 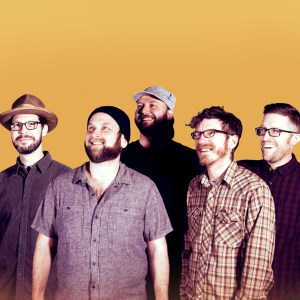