Chromosomes have nothing to do with a strong woman. There’s no question about it on “She’s A Self Made Man,” the first single off Larkin Poe’s fifth studio album, SELF MADE MAN (Tricki-Woo Records), out May 1.

Murky blues ooze off chunky riffs, delivering something ominous on “She’s a Self Made Man.” It goes deep. It’s melodious and mucky. It’s a punch to the gut.

“Being a self-made man has less to do with chromosomes and more to do with hard work,” Rebecca Lovell tells American Songwriter. “It’s a classic phrase that has been kicking around for so long, we thought it was time to give it a little feminine facelift.”

Returning with their self-produced SELF MADE MAN, a follow up to 2018’s Venom & Faith, the Grammy-nominated Nashville duo of sisters Rebecca and Megan Lovell perfectly intro the tracks, unabashedly offering up their XX chromosomes on the gender-bending “She’s A Self Made Man.”

Lovell says the song was also about her journey with sister Megan over the past decade building Larkin Poe and the empowerment that has come from all the ups and downs.

“Whenever the world tries to tell you who you should be, you have to find the inner strength to defy expectation,” says Lovell. “Instead, choose how you want to define yourself.” 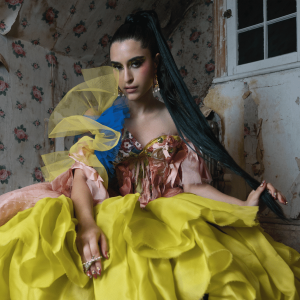 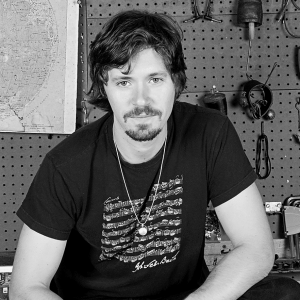