Lewis Capaldi’s “Someone You Loved” is handily one of the most covered pop songs of all time. It’s hard to imagine discovering a performance that breathes new life into the original, yet Laura Benanti’s turn with the searing ballad goes for a sucker punch. A centerpiece of her self-titled debut record, it remains structurally the same but gives Benanti license to find her voice within its immovable foundation.

“I was a little concerned that people were going to be tired of this song,” she tells American Songwriter over a recent phone call. “I think hearing it in a woman’s voice makes it feel really different. The arrangement is so beautiful.”

Benanti boldly reinvents two other modern pop hits, the Jonas Brothers’ “Sucker” and Selena Gomez’s “Lose You to Love Me.” With the former, a gooey, irresistible ear worm, she strips to its barebones and rebuilds with a sultry, mature playfulness, exchanging slick production for lush, classic pop sensibilities. In both cases, she admits tampering qualms about sounding “like a middle aged lady trying to sound like a pop singer,” she says.

She hooks right into the lyrics and lets them guide her intentions and artistic choices. Across the board, the Tony Award winner certainly does plenty of dismantling and restructuring. Produced by Matt Pierson (Brad Mehldau, Pat Metheny), the album spans back nearly a century and features songs recorded by Julie London, Frank Sinatra, Rufus Wainwright, and Paul Simon, as well as those ripped out of such musicals as “Bells Are Ringing” and films like “The Happy Ending.”

Alongside accomplished arranger Gil Goldstein, known for work with Randy Brecker, Al Jarreau, and Milton Nasciemento, Benanti makes already timeless songs feel even more alive and vibrant. She fearlessly tackles songs like “What Are You Doing the Rest of Your Life?,” famously covered by such pop trailblazers as Barbra Streisand, Della Reese, and Dusty Springfield, and fully immerses into the song’s innate “feeling,” she says.

It’s there within an emotional framework she further excavates a singular vision, as she moves so effortlessly through pop’s most timeless moments. “Songs that last forever have to be beautiful to listen to, and classic songs touch on a universal feeling,” she says. “What makes all of these songs special is that everyone has felt that way. It’s people hearing themselves in a song. It’s recognition.”

You could argue Benanti’s naturally eclectic tastes led to a record that reads as a crash course into pop music history. “I’m an old fashioned gal at heart. I always feel like I was born into the wrong time period. But I also love a lot of today’s pop music. I wanted to be able to feature so many songs, artists, and genres I love,” she explains. “We tried to create this cohesive album with all these very diverse artists. It’s rare to have the Jonas Brothers, Burt Bacharach, and Selena Gomez on the same record. It’s really my taste in music.”

“It feels like such a perfect autumnal, sort of wintry album. Hopefully, it’s mellow and peaceful, so if you get tired of listening to the news, you can put this on and try to relax for a little while,” she adds.

The record, finished up before the new year, perfectly plays into Benanti’s knack of building rich, vivid characters, firmly accentuating with the intoxicating live band sound. Known for roles in the Broadway musical “Women on the Verge of a Nervous Breakdown” and TV shows like “Supergirl” and “The Detour,” she navigates the record as if presenting a colorfully sketched storybook.

“Go Slow,” for example, finds her imagining “an American woman living in Paris in the early ‘50s. She left her traditional American life and rented a flat right above a jazz club,” she describes. “She can sit in her bath, open her window, and listen to music that’s floating in. It’s less about a particular person or lover and more about this woman getting in touch with herself.”

Closing track “The Party’s Over,” originally performed by Judy Holiday, circles back to the American wife character ⏤ as a prequel of sorts. “I guess I’m obsessed with the ‘50s. So, I imagined a woman going through a divorce, and her perfect life is done. She is having to look herself in the mirror and see her perfect outfit, perfect hairdo, perfect pearls, perfect face 一 and know it’s done. She’s going to have to find herself. In my imagination, she’s the woman who moves to Paris.”

What is most evident across the record is strength of melody and lyrical poeticism. Even in the simplest of moments, Benanti loses herself in the stories. “I’m a real sucker for lyrics. That’s my way in. I would rather have a super simple melody with interesting lyrics than something that’s a sonic masterpiece and saying the same thing over and over again. That’s one of the reasons I think I love old songs so much. They tend to lean into the poetry of it all. If I could listen to Ella Fitzgerald or Joni Mitchell 24 hours a day, I would be the happiest person ever.”

Through making her long-awaited debut, Benanti gained “an appreciation for simplicity in a lyric. A lyric does not need to be complicated in order to be powerful. I was very moved by how personal ‘Lose You to Love Me’ that felt to Selena. I think it’s really beautiful. That was an education by not judging a book by its cover. Just because someone’s young doesn’t mean they don’t know what they’re talking about or haven’t lived.”

This year, Benanti has also been hard at work producing a forthcoming documentary called “Homeschool Musical: Class of 2020,” greatly inspired by her #SunshineSongs social media campaign. The documentary, set to hit HBO Max this December, follows seven high school graduates as they plot, film, and produce their own music video during a pandemic.

The documentary is one of a myriad of ways the younger generation is turning to technology to be creative and make art. With many arts programs facing further budget cuts this year, art, music, and live theatre have especially been hit hard. COVID-19 enters a second wave, and reality remains as grim as before. “I’m trying to be hopeful, but I’m obviously deeply concerned,” offers Benanti.

“That said, I do think times of great strife have historically brought us some of our most beautiful art, theatre, and music. There’s something about collectively moving through pain and difficulty that leads artists to really dig deep. I also think long-standing bigotry that has generally been accepted across all art forms is no longer accepted. I think because of the internet, we’re seeing how not everyone has to go to one place to see something,” she continues. “A lot of young people in particular are figuring out how to use the internet in really creative and artistic ways. I hope live music, theatre, dance, and art shows never go away. That would be catastrophic. I am gratified to see how everyone has made the pivot in order to keep creating during this difficult time. While watching a Zoom show is not the same thing, it’s better than nothing.” 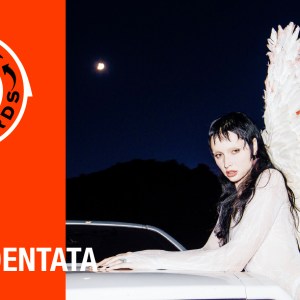 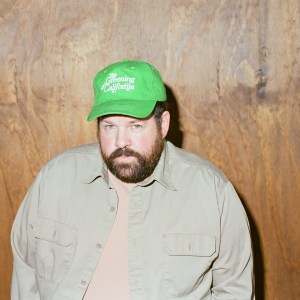