Portland, Oregon-based singer-songwriter Laura Veirs released her self-titled debut in 1999, and she has been quite prolific ever since: on October 23, she released her eleventh studio album, My Echo, via Raven Marching Band Records. She also wrote the soundtrack for the 2012 film Hello I Must Be Going. In 2016, she collaborated on an album, case/lang/veirs, with k.d. lang and Neko Case. Given this extensive experience, Veirs can offer useful insights to aspiring songwriters.

“I would say find people who you can be writing pals with, like an accountability group,” Veirs says. She adds that this type of interaction can be helpful “Because writing is so isolating. Having one or two friends who you have an accountability meeting with every month or every other week can really spur you on.

“I’ve been in a scene of musicians where we share work and we know we’re in it together, [so] it’s not like you’re just to this lonely person in a room year after year just sitting there writing,” Veirs continues. “I feel like having a group or some kind of community around [songwriting] really helps – a second pair of ears to be, ‘Yeah, that’s awesome!’ or ‘I think that part doesn’t resonate with me.’”

Even with others’ encouragement, however, Veirs cautions that a songwriter must be self-motivated, as well. “It’s work,” she says. “I mean, occasionally I will just get inspired and something will come out. It’s awesome. But mostly, I just sit there like office hours and work. So there’s a pretty significant amount of discipline required because there’s no boss telling you to do it.”

Writers should also realize that the writing process is rarely straightforward, Veirs says: “Most of my time writing songs is wasted time,” she says. “but I know that something’s happening, whether or not I’m going to use that thing. I might use a part of it. Like, I could use that melody, [but] put that line in the next song. I have learned to be fairly unattached to my writing process so that things can come out and then I can massage them into place later.”

Veirs has actually invented a card game that can help writers get new ideas by answering prompting questions. Her Kaleidoscope Creativity Cards, which she sells as a set of three decks of cards, is available here!

My Echo on Vinyl
Buy from Amazon 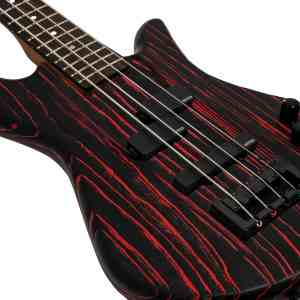 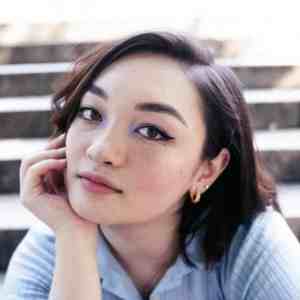