In the same way generations were once raised by television, today, more and more people have been engaging with the internet for as long as they can remember. One such person is the Oakland-based artist and musician, mxmtoon, known also as Maia. The songwriter, who has played musical instruments since she was six-years-old, has found and taken in countless hours of content online. The 20-year-old artist, who released her latest EP, Dusk, on October 1st, has also put forth her fair share of work into the digital ether. As a result, she has, in a sense, grown up online. Her songs and many of her most vulnerable truths have been laid bare for audiences. But while this could be daunting for an artist with weaker metal, Maia carries with her a strong, reasoned perspective on the dynamic.

“It’s comforting for me,” Maia says, “to know that the people watching me, watching me figure it out, watching me navigate the world, are also going through the same thing. It’s okay for me to be clueless because I’m not the only person. That’s comforting to me.”

Maia, who first got recognition online thanks to her cartoon illustrations, released her first songs in 2017. She gained attention and continued to release new music, including five more EPs and a 2019 LP. To date, she has over 800,000 followers on Instagram and over 450,000 on Twitter. She’s clearly captured the attention of a wide fan base even before she’s able to celebrate those gains with a Scotch and Soda. It can be tough for anyone to gain that kind of recognition and attention, let alone during a pandemic. Questions of trust arise immediately. Is a given person reaching out over social media for friendship or some ulterior motive?

“It’s important,” Maia says, “to have people in life we trust and enjoy spending time with that will listen to us regardless of what we’re going through. That’s something I have to keep continuing to remind myself. It can be scary to form friendships. You have to go into it trusting that people have good intentions and I’ve been lucky to form a wonderful community of people who are dear friends throughout all of this.”

Vinyl or Digital
Buy from Amazon

In the beginning, it was Maia’s mother who introduced her to music. She made Maia learn the violin, which the young musician trudged through. A few years later, Maia dropped violin for cello. Then she gave up the classical music discipline altogether, trading the worthy-if-not-stuffy style for freer-form songwriting. In school, Maia was introduced to the ukulele as part of her class curriculum and she took to it immediately at a young age. She was familiar with stringed instruments, of course. She’d even started singing along with her dad as he learned songs on guitar. But something about the ukulele provided the key to opening new sonic worlds.

“There’s something so different about the approach,” Maia says. “With classical music, everything was so deliberate, by the book. The ukulele is the total opposite. I could pluck the strings and it could sound horrible but there was no pressure from the teacher down your neck. It was a breath of fresh air.”

Despite making the musical left turn, years later, Maia says, she went back to her cello teacher to resume lessons. With new creative understandings in her back pocket, taking the classical lessons felt better. How you find an instrument can mean so much. Timing can make all the difference, she says. Today, Maia is a jack-of-all-trades. She plays multiple instruments, has released dozens of songs and YouTube videos, amassed millions of views and streams and continues to invest in her creativity. Her newest release touches on lessons she’s learned and she expresses their wisdoms expertly and eloquently.

“Bon Iver” describes pushing back the fear that comes from the unknown. Do not fear the darkness, the unilluminated, Maia says. Embrace it. In her music, Maia often imparts a sense of composure in the face of discomfort. It’s a skill, to be sure. Her song “Okay On Your Own,” talks about the need to feel okay alone. Maia says we shouldn’t always look to others to fill in our personality gaps. Instead, we have to look inward to understand ourselves better and she entreats us to do so. “Wallflower,” perhaps the EP’s best track, touches on the artist’s own penchant for wanting to lean against the back of a room as opposed to take the stage.

“I love the feeling of phasing into a wall and thinking nobody knows who I am,” Maia says. “I moved to Brooklyn earlier this year and I love it because nobody gives a crap about you wherever you walk in the city. I’m grateful for the audience I have but there is always this underlying feeling that it would be nice to sink into the crowd.”

Part of putting yourself out there in the world is having something to say. Maia believes that in having a platform, she has to use it to express what’s most important to her. She identifies as a bisexual woman of mixed-race Asian descent. And growing up in Oakland, the daughter of two teachers, politics and the exchange of socio-political ideas have long been important in her household. Maia is empathetic. She cares about the next generation. She demonstrates it in her elegant work, whether offering a bedroom jam or her next hit single.

“My favorite thing about music,” Maia says, “is the community you can build around it. All kinds of people through all kinds of genres can find each other because of similar interests. If I didn’t have music, I don’t know what I would have.” 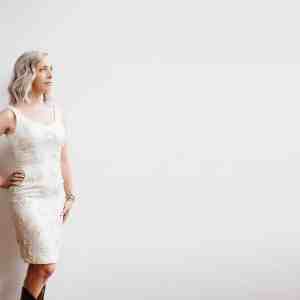 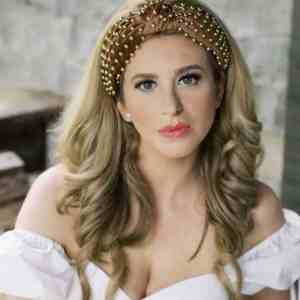