Seattle musician, Nat Puff (aka Left at London), creates music that sounds like it was poured from the pitcher of her heart. Blood, sweat and tears saturate the artist’s songs, which have raised eyebrows and earned the attention from the prominent Emerald City radio station, KEXP 90.3, and fans around the world. Puff, who has a loyal and passionate fan base, burst into public consciousness in 2018 with her Transgender Street Legend Vol. 1 EP, which included the hit, “Revolution Lover.” Left at London also released The Purple Heart EP in 2018, which boasted the earworm, “Felt Like I Had Died.” We caught up with the songwriter to talk about her most recent singles, “Do You See Us (feat. NOBI)” and “As Blue As A Bruise,” which we are also happy to premiere here today.

When did you first discover music?
I’m assuming I must’ve been a baby. Hap Palmer’s song, “Finger Foods.” That shit was a bop and a half.

Tell me a bit about the first “lineups” or band versions of Left At London before it became a solo project?
I had three lineups prior. First one was a drummer and a keyboardist. I think we had one practice session. Next was the same drummer and a different bassist, we performed a couple of junior high events. Then the last lineup I had was in high school with a different bassist and me, no percussion, no nothing. We only rehearsed twice in my mom’s car and that was it. After all that I was just like FUCK IT and performed and recorded stuff solo. I’m only just now starting to become more collaborative.

How did you start writing and producing on your own?
Very gradually. There is no set time I can look back on and be like, THIS was the definitive moment I started considering myself a producer, you know? I started producing and then eventually I realized I was okay at it.

How much do you think about your audience when you make music, about how it might connect with them – or do you not think of an audience at all during the writing process?
That’s a hard question. I make beats with the audience in mind and I write lyrics with myself in mind.

The reception for your last records was very positive. Is that encouraging, heartening – are those words you’d use?
Honestly, considering the positive reception of my last records and how much better I think Transgender Street Legend Vol. 2 is, I find it very encouraging.

We are debuting “Do You See Us (feat. NOBI)” and “As Blue As A Bruise” here today. Why did you want to include these two songs together?
They’re both about the violence that protestors in Seattle have faced for speaking up.

The record cover for the two singles asks for Seattle’s mayor, Jenny Durkan, to resign and shows a bloody facemask. Can you talk about what inspired those statements?
What has Jenny Durkan done, besides call for [Seattle City Councilmember] Kshama Sawant to be investigated? Just because somebody wants you out of office doesn’t mean they’re more of a threat to Seattle than you are, Jenny! A threat to Seattle would – oh, I don’t know – be to let the cops tear gas a historically gay neighborhood throughout pride month, or publicly misgender a protestor murdered due to the incompetence of the police force they refuse to defund, or do some shady shit like co-opt the Black Lives Matter movement and then refuse to do anything about the death of Charleena Lyles – the same Charleena that [rapper] Nobi mentions in his “Do You See Us?” verse.

Frankly, I think Nikkita Oliver has done more for Seattle after losing the mayoral seat than Jenny has ever done after winning it. Jenny is an awful mayor who demands that the little respect we have for her be unconditional, despite proving constantly how dangerous she is to Seattle. She’s a perfect representation of the problem with the Democrats who co-opt violent tactics of the authoritarian right under the guise of compromise. The people want the police defunded.

The song, “Do You See US (feat. NOBI)” is a torrential burst of sound. It’s excellent. Can you talk about the process of putting it together?
The production of the song existed way before I even decided what I wanted the song to be about. I was working with a friend of mine, whose artist name is ROLEPLAYING, who wanted to see my production process. So I invited them to my room and we sort of made a beat together. I was composing, but they would occasionally be like, “You should have this part repeat at the start of all four bars,” or “It should be this tempo,” or “This intro would be cool,” stuff like that. They downplay their role in the making of the beat whenever we talk, but that song really could not have been made without them.

I think I started with the drum riff, then the bass. Once I added an echo to the bass, I just knew the song was going to be a monster of a production. That bass riff is 10-times cooler with two-times the notes. The guitar riff I remember being like, “WAIT, WAIT, WAIT I have an idea” and wordlessly recorded all three guitar parts as fast as I could. Then when we were arranging, I recorded vocal harmonies and added some pitch effects to them. That’s the weird bassy synth sound in the background at around 1:16. When Nobi’s verse starts, you can hear this deedle-dee synth sound that’s actually a really unrealistic harpsichord sample, which, after I laid that down, ROLEPLAYING said, “We should probably save it.” So the file name of that project ended up being, “it’s a fuckin harpsichord type beat” for a while, which is so funny to me considering it’s probably the most drowned out instrument in the entire instrumental post-mixing.

In contrast, “As Blue As A Bruise,” is really vulnerable, almost delicate. When did that performance occur and how did it feel once you got it out?
The strange thing about that song is that I had the concept of blue being a godly color appropriated by godless people and I tried improvising a whole song. After a couple unsatisfied takes, that first “BluuuuuUUUUUuUuUe….” was the only thing I kept. I wrote the rest of the song then and there and recorded it on my phone voice memos. I liked the first half a lot, so I put it in my computer and recorded the second half the next morning. Since the take I used for the first half wasn’t as good of a performance – it was late so I wasn’t as comfortable belting. I pitched everything down and sped everything up. I believe the second half was recorded in a different key than the first half actually.

The strange thing about these two singles is that they were both written within 24-hours of a major event in the Seattle protests. “As Blues As A Bruise” was written on June 8th, the night of the last protest before CHAZ/CHOP was formed. “Did You Hear Us” was written the morning after Summer Taylor died. They were actually a friend of a couple of friends of mine. Knowing I had that close of a connection to the event honestly fucked me up a bit. Like it was real before – and it’s the same amount of real now – but in that moment, the realness of the situation was closer. It felt irresponsible of me to write a song memorializing somebody I only knew after their death, even if I did have a connection to them, so I figured the best thing I could do was be angry on their behalf.

Where did your name, Left At London, come from?
I misread a sign that said, “loft at tandem” in cursive. It was this bar next to the place I used to have guitar lessons at. Thought it sounded cool.

What do you love most about making music?
The release of tension. I’ve been realizing that I don’t give myself time to think or process things that happen or are said to me all too much. But when it’s in music, the process is streamlined. All of a sudden I’m not just thinking about it, I’m meditating on it and forming thoughts on it. 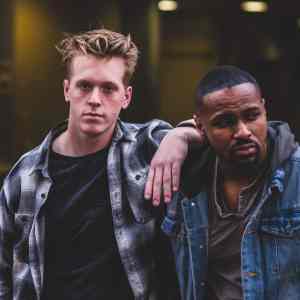 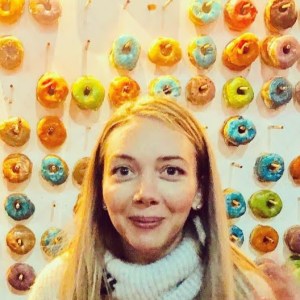