Every couple takes a risk when entering a relationship and Chris Carmack, best known for his role as Dr. Lincoln Atticus on Grey’s Anatomy, and wife Erin Slaver are no different. The one difference may be that the couple, who make up the duo Life on Eris (a combination of their names—Er in Erin and is in Chris), co-wrote a song about it. Appropriately enough, the new song, out Feb. 26, is called “The Risk.”

What if I fall in to deep? / Hit The bottom and I can’t get free / Forget the person I worked hard to be before you / That’s the Risk / no way to know if we’ll make it / it comes down to this / the risk factor’s high now, just being alive now, just face it loves a risk / baby let’s take it, they sing with perfect harmonies.

Carmack and Slaver display their engaging vocal chops on “The Risk,” an ethereal love song about a couple who jumps in with both feet, hoping that things will work out for the best, not knowing if they will make it or not.

“‘The Risk’ is grounded in the reality of our relationship,” Carmack tells American Songwriter. “In the early part of a relationship you are putting yourself on the line, you’re taking a risk of rejection. To go forward you have to put yourself out there. I relate to the song because I feel like we are putting ourselves on the line everyday. Once you’re married, you’re saying for the rest of my life.”

“The lyrics are about us at an early stage in our relationship,” Slaver adds.”It’s a very real problem (laughs). Early relationship stages, everything feels like a risk. There’s a line in the chorus that says, the risk factor’s high now / just being alive now / let’s face it love’s a risk / baby, lets take it. I think that sums it up for me, especially right now in quarantine, life’s too short, everything’s a risk. You have to not worry about those little things and dive in.”

While the relatable pop-country tune may appear to be a change in direction for the couple, who released their alt-pop debut EP, Stonewall, in October, it is in effect closer to the sound that has been engrained in the duo.

“The first EP we did was almost a bit of a departure. We were having fun, experimenting with synthesizer sounds and some programming and listening to a lot of pop production at the time,” Carmack says. “But as far as the songwriting goes, it’s always been us on an acoustic guitar. We wanted to shoot a little more from the hip this time and keep it closer to how the song evolves, rather than writing the song and then going through this mystical transformative process of creating a sound—we just recorded it as we wrote it.”

“The Risk” finds the Life on Eris cohorts throwing their whole selves into the song—both Slaver and Carmack, wrote, sang, produced, mixed and played all the instruments on the track.

To delve further into their process and their life together, American Songwriter asked Carmack and Slaver to do the heavy lifting in the interview by conducting it themselves. The husband and wife team obliged, asking each other questions about the new single, singing together, who’s more romantic and the one thing that made them both jump in and take “The Risk.”

If Life on Eris wasn’t on your radar before, “The Risk” catapults the couple straight to the top of the list, making their love, and this song, well worth the risk.

Watch Life on Eris tackle the tough questions in the two part video below, and then head over to American Songwriter’s Instagram page for the Life on Eris takeover, today. 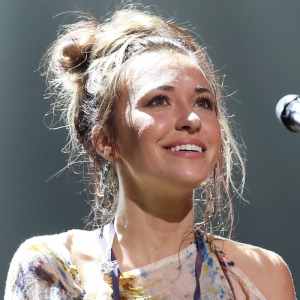 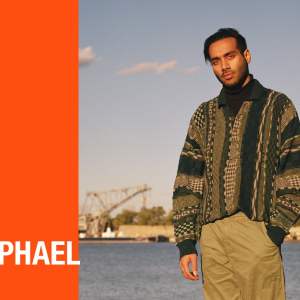