Some songs come effortlessly, in mere moments, springing from a songwriter’s imagination in full formation. Others take days, weeks, even months of evolution and careful crafting. For Contemporary Christian hit maker Lauren Daigle’s newest release, “Hold On To Me,” it was a bit of the latter.

The song, which releases February 26, marks her first new music since 2018’s Grammy-winning album Look Up Child, which set Louisiana native Daigle’s career on a red-hot trajectory. The album was spearheaded by the singer’s soulful, Adele-esque voice, and the blockbuster hit “You Say,” which went triple platinum, also earned a Grammy, and became the only song to spend 100 weeks or more atop any of the Billboard Hot Songs charts. Meanwhile, Look Up Child debuted at No. 3 on the Top 200 albums chart, making Daigle the first female artist to simultaneously hit the Top 10 on both Billboard’s Pop and Christian Albums Charts. That album followed her 2015 debut How Can It Be, which garnered one platinum and two gold-selling singles.

“I am always not a road writer,” Daigle tells American Songwriter. “The people that can write on the road and also deliver all the goods for a show at the end of the day—I wish I had those muscles, but I do not. I’m such a one-track person.”

“Hold On To Me” finds its creative origins in the back lounge of a tour bus in Phoenix, and later refined during a live performance in Wichita. The song, plea for comfort and steadfastness during a season of uncertainty, may have been written two years ago, but feels tailor-made for right now.

“We wrote it for such a different time period and then 2020 hit and it’s like, ‘Whoa! Those lyrics just came to life in such a different way,” she says. “I think living with a song for a while, it’s almost like time gets its 33 percent. As if time comes in and says, ‘I’m actually a songwriter on this as well.’ It’s kind of this external writer that really comes and ties the bow around the present. It creates wonder in the middle of the song.

“The thing I love most about this song is that it lends itself to someone who is feeling incredibly vulnerable, someone who is feeling insecure, or uncertain,” Daigle shares. “There are times we may need a reminder of who we are and that we are worthy of having joy in our lives. In moments where the future may look uncertain and unknown, this is a song of hope that any person can cling to.”

Whereas certain Christian songs focus on simple rhyming schemes and straightforward lyrics meant to be sung by the masses in church services, Daigle’s music turns inward, examining vast emotional landscapes ranging from insecurity, hopelessness, and desperation, to contentment and joy. “Hold On To Me” includes lines such as: When the best of me is barely breathin’/ When I’m not somebody I believe in…When I start to break in desperation /underneath the weight of expectation/ Hold On To Me.

“I love poetry and lyrical depth. When I was new to Nashville, I told my producers, I said, ‘I really don’t want to settle for just cliché. I want to dive in, almost like a hymn. It can be modern, but just something that offers a little bit more,” Daigle says. “The very first song I wrote with Paul Duncan and Paul Mabury, ‘Once and For All,’ I wrote from the perspective of, ‘how do we create lyrical depth that can be reflective like a hymn?’ It kind of created this journey that I’m still riding on.”

With Duncan and Mabury, Daigle says she’s found a trusted team of co-writers; both have worked with Daigle since her debut album, with Mabury producing Daigle’s first No. 1 hit, “Trust In You.”

“Paul Mabury is fascinated with beats and sounds, because he’s a drummer at heart. I treasure melodies and Paul and I kind of have this connection where we can look across the room and just communicate. I can—either with vowels, rhythms or different things like that—communicate that this is where I want the melody to go, or this is what I’m hearing. Paul Duncan is our engineer of lyrical concepts. He writes all day long, no matter where he is—he’ll have pages of poems and lyrics. He’s one of those people that is a true muso when it comes to lyrics. Then we can say, ‘Let’s put these chords underneath and build it into this landscape.’

“All three of us have a unique placement and we understand the roles of the other people in the room. With that synergy, it is genuinely one of my favorite experiences. Iron sharpens iron. I love writing with those guys,” Daigle says.

After the initial writing session for “Hold On To You,” Mabury and Duncan polished the song’s structure, while Daigle returned later to fine-tune portions of lyric and melody. After finishing the song just prior to the tour stop in Wichita, Daigle immediately added it to her set list that evening, likening the performance to a writers workshop, albeit one with an audience.

“It actually feels pretty riveting because then you can say, ‘Okay, this lyric worked,’ or ‘Oh, that lyric wasn’t good in the room so let’s reshape that.’ It gives the audience a part in the story and they help stimulate the best lyrics or melody. It’s exhilarating to be willing to be vulnerable. It’s this communal, shared experience and there’s something I really treasure about that.”

Though two-time Grammy winner Daigle is a co-writer on the majority of her hits, it wasn’t always easy for her to speak up in the writing room. She now encourages new writers to be bold in voicing their ideas.

“I remember, at the very beginning, I wouldn’t speak very much because I was concerned. What if I say stupidest line, or a line that just doesn’t add anything? I was always intimidated by being the weakest link in the room. But I quickly learned that if I stick my neck out there, someone who has been writing a lot longer would be able to pick up on the nuances, and then we’ll find ourselves working in a rhythm together toward the same goal. Don’t be afraid to be the person in the room that brings the worst idea, because the worst idea often gives you the best idea.”

She says “Hold On To Me” is the first taste of an upcoming project, with more music to come.

“We’re in the writing process right now, so we’ll see what happens,” she says. “I’m ready to get another record out. I’m so ready.” 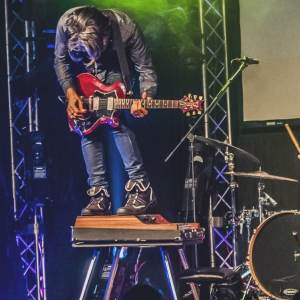 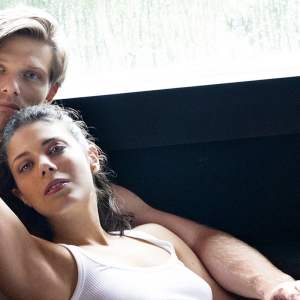