If listening to Indianapolis-based Lily & Madeleine  gives you a vague sense of deja-vu, you’re not alone – it’s nearly impossible not to compare them to Swedish folk duo First Aid Kit. 16-year-old Lily and 18-year-old Madeleine Jurkiewicz are sisters, just like First Aid Kit’s Johanna and Klara Söderberg, but the connection runs deeper than that. Lily & Madeleine have the same old-folk sound and ethereal, distinctively beautiful quality that First Aid Kit fans fell in love with back when the Söderbergs emerged in 2008. Their voices can pierce through the chaos of everyday life and actually make you stop what you’re doing, if only for a second, and truly listen.

The Jurkiewicz sisters aren’t blind to this comparison; they themselves credit First Aid Kit as one of their major artistic influences. In fact, the Swedish duo indirectly helped Lily and Madeleine launch their musical careers – last summer, their cover of First Aid Kit’s “Our Own Pretty Ways” captured the attention of Paul Mahern, who who would later become their manager. “[The Söderbergs] are just really talented,” Madeleine says. “They inspire us so much.”

That First Aid Kit cover gave Mahern a glimpse of the sisters’ potential, and he challenged them to write a song a day for two weeks – some of which appear on their June 11 debut EP The Weight of the Globe. Lily and Madeleine write with the rare insight and perspective that many people twice their age still haven’t found, but rather than being wise beyond their years, they are wise because of their years. “Some of that stuff that comes with being in high school can influence lyrics,” Madeleine says. “Like some songs on the EP feature lyrics about restlessness and self-doubt and just questioning what will the future be like, and being in high school, we feel those things a lot.”

It didn’t take long for the rest of the nation to catch on to the talent Mahern had discovered. In January, the sisters’ neighbor uploaded their acoustic video of “In The Middle” to Reddit. Much to their surprise, the simple, black-and-white recording ended up on the website’s homepage and has racked up over 280,000 views to date.

“I didn’t know what Reddit even was,” Madeleine says. “So my friends come up to me in the hallway at school and they were like, ‘Madeleine, you’re at the top of Reddit!’ and I was like, ‘I don’t even know what that means!’ But it’s super cool that that happened, like what a crazy awesome accident. We’re so grateful that our neighbor did that for us.”

Fast forward about six months, and the Jurkiewicz’s have a record deal with Asthmatic Kitty (Sufjan Stevens’ label), an official EP and several sold-out shows under their belts. They hit the road for their first tour a couple weeks ago with dates scheduled throughout the Midwest, and American Songwriter premiered their video for “Tired.” Not bad for two sisters uploading a cover video to YouTube. 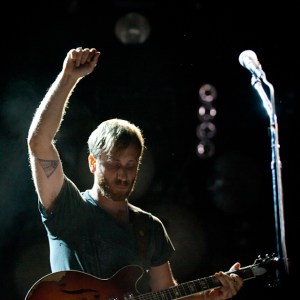 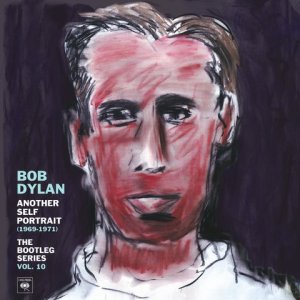