Lindsay Ell occupies a rarified space in country music. Her guitar prowess matched with a keen sensibility for good old-fashioned storytelling has made her one to watch in the genre. Her year has already been busy with an anthemic new single, playing alongside Darius Rucker and Sherly Crow at the Ryman, and, just this past week, a mainstage set at the CMA fest.

Despite her stacked few weeks, the Calgary native sat down with us to talk all things Lindsay Ell – her latest single, a St. Jude benefit, and returning to country’s biggest weekend in downtown Nashville.

Darius Rucker pulled off a colossal 13th annual Darius and Friends benefit concert for St. Jude earlier this week. Along with sets from the Hootie frontman himself, he brought along five female country artists to fill out the rest of the billing, among which was El,l taking the stage after country icon Sheryl Crow.

“Darius and I have been friends for a long time. He has always been one of those people that’s so supportive to all different artists – specifically new artists,” Ell said about getting involved with the benefit. “Anything that raises money for St. Jude is so near and dear to my heart. I love that place so much. There’s no other hospital like it around the world.”

“When Darius Rucker, Sheryl Crow, Caylee Hammack, and Rachel Womack are coming together for a show, you can definitely sign me up,” she added. “When I saw the lineup and that I was playing after Sheryl Crow, I said ‘What is wrong with this world right now?’ It was crazy.”

During her three-song set, she played her latest empowering single “Right on Time.” The song talks about sticking to your own story without worrying too much about anyone else’s. In it, she sings there’s nothing wrong if it takes a bit longer to figure it out, a sentiment that rings true in Ell’s life.

“I wrote “Right on Time” shortly after I turned 30,” she recalled. “I felt like I was in this time in my life when a lot of my friends were getting married, having babies, and checking all of these life boxes while I’ve been on the road for the past few years, not worrying about any of that.

“To a certain extent, it stresses me out and to other extents, I just feel like ‘okay, this is just my path,” she added. “I really wanted to write a song that reminds people that we’re writing our own stories – carving our own paths. It’s so important to be able to find ourselves and know that we get to make our own decisions for the timeline of our lives.”

She said she hopes the song helps anyone who has ever felt late to their own party, however, she hopes it particularly sticks with women.

“This song can be for anyone but, I wrote it specifically for women,” she said. “I feel like as women we are pressured to find the time to be beautiful, the time to go off and find the career of our dreams, the time to be a mother and have kids. I just wanted to write a song that said ‘you are right on time for what you were supposed to be in your life.’”

Ell played the Chevy Riverfront Stage at CMA Fest this past Thursday (June 9). There, at the bank of the Cumberland River, she added her high-voltage performance to the mix of the stacked line-up. Ahead of her performance, she commented on the festival returning after a two-year hiatus.

“I’m so happy to see CMA fest back,” she said. “It is part of the thing that makes Nashville, Nashville. I love it because I get to see a lot of my friends in the same city when a lot of touring schedules are usually so opposite.”

She added, “It’s amazing that the fans from all over can come to one city for a few days and get to see all of these acts together at the same time. It makes Music City tick – it’s the core of the genre.”

If you’ve seen Ell perform, one thing might have stuck out for you – her unmatched guitar playing. She comes out wailing, which can sometimes be in stark contrast to the sweetness of her vocals other times it’s right on cue. Having been introduced to names like Jimi Hendrix, Eric Clapton, and Stevie Ray Vaughn at a young age, she felt she just “understood the instrument.”

“The first instrument I started playing was piano when I was six years old,” she said.  “Then I picked up the guitar because it was a lot cooler to play Shania Twain songs. I felt like I just understood the instrument. I was instantly drawn to it.”

Having grown up in the “country music mecca” of Canada, Calgary, Ell felt country music was in her bones. The storytelling aspect of the genre grabbed her imagination from the first honky tonk-laced notes she heard from fellow Canadian Shania Twain.

“I grew up with country music all around me,” she said. “ It’s how I got really tied to writing songs about stories. Being introduced to blues guitarists opened up my musical vocabulary, but I was still always drawn to country songwriting because it had that story aspect that no other genre had.”

And the mix is heavily prevalent in her music today. With the perfect mash-up of ear-worm country tunes and total command of her instrument, Ell has something special going on – her own unique sound.

For the “Want Me Back” singer, now is the time for musicians to strike on all the ideas accumulated over the last few covid-filled years. With the grand re-opening of live music in full swing, Ell is excited to see what’s in store.

“I’m so grateful right now for music to be opening up again,” she said. “I feel like over the past couple of years, all of us have gotten awareness of things that we need to be focusing on. Now it’s our job to just start implementing those things. I think it’s gonna be really interesting to see the songs that will come out from all this time we’ve had as creatives to write over the past couple of years.” 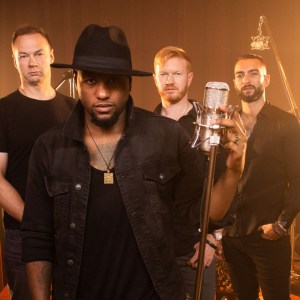 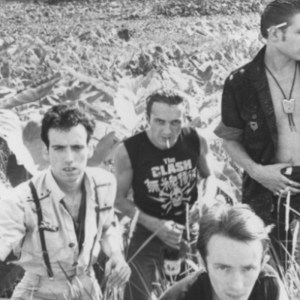