The Clash may not have been the first British punk rock band, but they were the soul of the genre in the late ’70s and early ’80s. The band—most famously composed of Joe Strummer, Mick Jones, Paul Simonon, and Nicky “Topper” Headon—was seen as an attractive symbol of rebellion and protest. And by including elements of reggae, funk, and rockabilly in their music, they paved the way for a new generation of rockers.

One of the band’s most iconic collections of work, their third album, London Calling, was particularly critical in establishing the band’s legacy. The album helped the London-hailing band gain more traction with music fans in the United States and was later certified platinum in the States.

In addition to the album’s success, it also boasts one of the most famous album covers in punk rock history. But what is the story behind that one guitar smash? Read below to find out.

It was the guitar smash that reverberated around the world.

The cover of London Calling features Clash bassist Paul Simonon in the act of destroying his Fender Precision Bass guitar at a concert in New York City. It was September 20, 1979, at the Palladium to be exact. And interestingly enough, Simonon’s swing wasn’t staged. Photographer Pennie Smith caught the musician in a genuine moment of frustration.

“I was sort of annoyed that the bouncers wouldn’t let the audience stand up out of their chairs,” Simonon explained in a 2011 interview with Fender. “So that frustrated me to the point that I destroyed this bass guitar. Unfortunately you always sort of tend to destroy the things you love.”

He continued, “I wasn’t takin’ it out on the bass guitar because there was nothing wrong with it.”

And right after the photo was taken, the bass guitar did splinter into several pieces, some of which Simonon kept for years afterward. (Now the guitar is on display at the Museum of London.)

Inspiration Taken from The King of Rock and Roll

Graphic designer Ray Lowry was the one who put the London Calling album cover together. On top of Smith’s image, the album title was placed on the left side in pink and green lettering. The placement of the title and its coloring is almost a perfect copy of the album cover from Elvis Presley’s self-titled debut album. It was The Clash’s nod to the man who also broke the rules of rock ‘n’ roll. 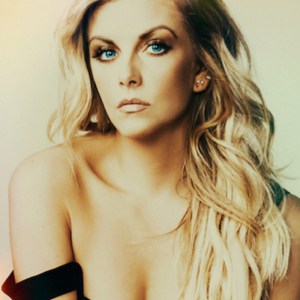 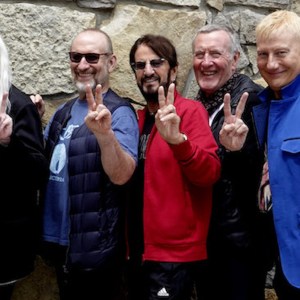