Charlene Kaye has let go of a lot recently. She left a romantic relationship, left the indie rock band San Fermin and she (temporarily) left New York. What she discovered in the space of this loss, however, is a brilliant time capsule of emotion via her upcoming album Conscious Control. In an interview with American Songwriter, Charlene explained one of the songs from this record entitled “Little Poison” that premieres today.

Charlene explained that “Little Poison,” penned under the musical moniker KAYE, is one of her favorite songs on her forthcoming record. We can see why. “Little Poison” boasts playful pop-flavored beats that are covered in Charlene’s rich vocals. But make no mistake, this intoxicating sound was not born out of a period of easy contentment. Charlene chose a path of painful change to find herself again in her songwriting for this album.

“I just felt stuck… I just knew that the only way for me to continue evolving as an artist, and as a person and as a woman was to make some drastic changes,” she said.

Those changes in her personal and professional life gave her the themes in “Little Poison.” “The broader themes of it have to do with abandoning your rational mind and letting impulses guide your decisions,” Charlene began. “I think your impulses are smarter than your brain is. The body downloads information quicker than your mind does. You just feel it when you know that something’s not right, you don’t know why, but something is pushing you for it and otherwise, you’re going to just sit there and suffer until you do something about it.”

Once Charlene surrendered some of her preconceived notions, she discovered the room to evolve again as an artist and progress with her sound. Illustrating this advancement, she continued to describe her inspirations for “Little Poison” and how they manifested in her lyrics. Two such thematic influences are dreaming and sleep paralysis.

“There’s an image that I found very compelling when I was researching what this experience was — when you’re sort of in this trapped state between consciousness and unconsciousness and you wake up and you’re in your body but you can’t move any of your limbs. You’re just wrestling and you’re fighting so hard against it… it’s not dangerous, but in the moment you’re so terrified that you’re going to be stuck.”

“In Fijian culture, it’s called kana tevoro… there’s a line in ‘Little Poison’ that says, ‘Another dream where I hurt you over and over / You sleep like a stone while I sleep with a demon over my bones.’ This idea of sleep paralysis is characterized in Fijian culture by a demon sitting on your chest. There’s a picture that you can find if you Google sleep of paralysis of this like gargoyle/mouse/monkey kinda creature, and he’s sitting on the chest of this woman who is sleeping. So that’s sort of the artistic manifestation of what this experience is.” (Check out what Charlene was seeing here.)

Terrifying. Yet this experience parallels the lack of control Charlene felt at one point or another. Fortunately, Charlene used these moments to fuel her journey and her songwriting. “Little Poison” consequently pays homage to her pain, but more importantly, commemorates her triumphs in her growth. Charlene also explains that this self-exploratory period is marked by her Saturn return and her move to Los Angelos for five weeks. (Saturn return is an astrological phenomenon describing the moment when Saturn returns to the exact point in the sky it was when you were born. This is often thought to symbolize a venture into adulthood.)

“I feel really gratified that I was able to put language to experience that I was so deeply trying to understand. Like why cause yourself so much loss and suffering? And is this a result of me wanting to grow? Or is this some sort of attachment to being tortured as an artist, and is there something about needing to bring about complicated and difficult situations to be creative? Those were all questions that I was asking myself. Coming out of that period, I don’t believe that I want to be the type of artist that attracts anguish.”

Overall, it seems Charlene successfully learned to let go of expectations and accept life as it comes. Then, upon letting go, she gained conscious control.

Watch Charlene Kaye’s premiere of “Little Poison” below (that she co-directed with her sister Liann Kaye), and watch for the full release of Conscious Control next month. 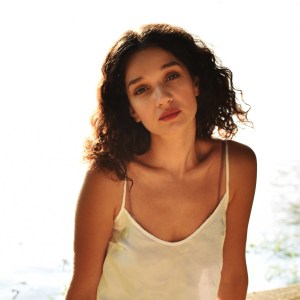 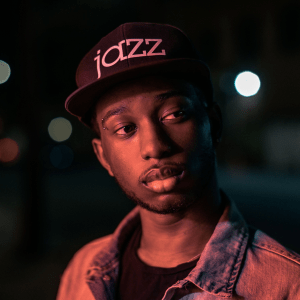