Jazz musician Julius Rodriguez is full of talent, but not for lack of hard work. As a child he developed an interest in the music his parents listened to as well as what he heard in his place of worship.

He discovered music was meant to be a big part of his life at a young age, so he went to school to study it at both the Manhattan School of Music and The Juilliard School. Because of his great dedication to learning the art, he started playing professionally at 14.

“My interest in music was sparked by watching musicians play in church. Parents signed me up for classical piano lessons, my dad was a jazz fan and had jazz music playing around the house and eventually I got interested in the music myself. I practiced classical technique, studied theory and learned to play by ear in church. All these things made me very adaptable to all of the different kinds of music I was interested in.”

All of this experience has led to his current career as a multi-instrumentalist and composer.

His newest songs, “Prisner” and “Butterfly,” are actually reworked songs from the 1930s and 1970s. These versions came together with the help of his former bands.

“At the time I was focusing a lot on arrangements for live shows and finding ways to showcase the musicians that work with me. “Prisner” was an idea I worked on for a while before bringing it to my quartet. The “butterfly” arrangement was something my trio and I came up with on a whim but worked really well, and as we continued to play it at shows, the arrangement just sort of organically formed itself,” says Rodriguez.

“Both of these songs have been recorded multiple times but for some reason, they hit me in a way where I hear them differently than all of the versions that exist. I just want to document that and use them as a tool to help me get to my sound.”

“Prisner,” which is short for “Prisoner of Love,” was originally composed in the 1930s by Russ Columbo, Clarence Gaskill and Leo Robin. Rodriguez kept the old time feel to this song but gave it a sharper sound with additional instrumentals.

“The lyrics were written in an hour, Robin didn’t like them, and the song was rejected from the Broadway show it was composed for, but it still became a hit and was recorded by so many great singers including Billy Eckstine, Perry Como, Frank Sinatra, Lena Horn, and even James Brown.”

The original version of “Butterfly” by Herbie Hancock was a track on his 1974 album, “Thrust.” Rodriguez did a wonderful job of preserving the songs original sound while still making it his own.

“Herbie himself recorded it 4 different times throughout his career, each one a little different. It’s a pretty iconic piece in the jazz/fusion/funk worlds.”

Although these songs have been reconstructed and re-recorded many times over the years, Rodriguez has found a way to make his versions unique. He hopes that in doing this, his audience will be able to embark on a new experience upon hearing these songs.

“I want the listeners to hear these songs not as if they are trying to recreate the feeling of live music but let the sonic landscape that isn’t naturally and acoustically achievable take them to another place. You don’t put on a movie expecting to feel like you are in a Broadway theatre, and I don’t want people to put on this record and expect to feel like they are in a jazz club. let the sounds take your imagination somewhere new.”

While you listen, keep Rodriguez’ words of advice in mind. Both “Prisner” and “Butterfly” are available in the link down below: 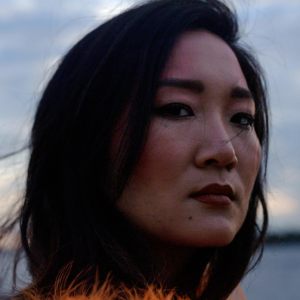 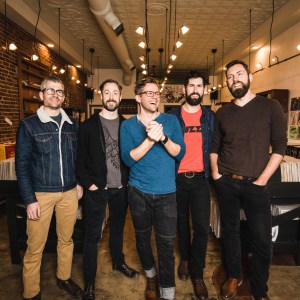