Little Steven & The Disciples Of Soul
Summer Of Sorcery
(Wicked Cool/UME)
Rating: 3.5 out of 5 stars

There is an introduction to a track on Little Steven’s recently released live CD/DVD from 2018’s tour where he talks about living with Southside Johnny and Bruce Springsteen back in the day, saying, “We thought all the great songs had already been written in the ’60s and we kinda missed the boat. We weren’t all that wrong …” Steven reinforces that theory on this, his first album of “original” material in 20 years and the second studio set of his rightly acclaimed return with his sprawling Disciples of Soul unit.

It’s a full-blown, Phil Spector-sized creation, including his 14-piece road band with five horns and three background singers. Swelling strings are added to some tracks to further expand the already widescreen sound. “Somebody open the door/ I’m back to rock some more” kicks off this hour-long music stroll down memory lane. This song cycle of sorts about the joys of coming of age in “the first summer of consciousness” is meant to wrap that lyrical concept around a dozen new compositions all bathed in the glow of ’60s music.

That’s fine but these tunes are often little more than revitalized riffs, melodies and rhythms of already existing songs retrofitted with new words and creative, even complex, rearrangements. Some like “Soul Power Twist”’s straight ahead reproduction of Sam Cooke’s “Having a Party” are such obvious retreads that Steven should credit the original artist. When “A World Of Our Own” starts with female “sha-la-las” and the full Spector production, it seems more like a cover than a fresh track influenced by Spector’s distinctive touch. “Lesser artists borrow, great ones steal” goes the cliché. If so, than Little Steven Van Zandt should be legendary based on much of what is here.

Thankfully, none of this is a total deal-breaker. Steven, his musical director Marc Ribler and veteran mixers/masterers Bob Clearmountain and Bob Ludwig, pull out all the stops to make this sonic smorgasbord explode out of the speakers with passion and clout. Few artists have the financial means or artistic vision to pull off a thunderous production like this which is impressive in its scope and sheer booming audio audacity.

Van Zandt doesn’t have the best voice (his attempt to croon a ballad on “Suddenly You” is almost comedic), but he generally puts across the material in a sort of sub-Southside Johnny howl. Even when he takes on straight Chicago blues for the fittingly titled “I Visit The Blues,” the cut’s force with blaring horns and its blustery attack is impressive, although you may chuckle to the not-so-sly references of “killing floor” and “dust my broom.”

Kudos to Steven who is all about praising teachers (they get free admission to some of his shows) as he does on the thumping soul-rocker “Education,” where he sings, “Education is the weapon/ the weapon is education.”

Anyone who has experienced this bulging, often explosive band live knows the stunning soul power of the show which makes the “borrowing/stealing” aspect seem meaningless. Still, although it’s admirable to pay tribute to influences like James Brown, the Beach Boys, Van Morrison, Spector and the Rascals, just to name a few, Van Zandt needs to write more material informed by them, not simply replicate their musical trademarks. 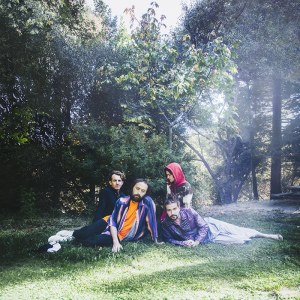 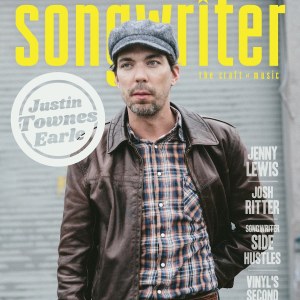