On December 8, 1980, Bruce Springsteen and his E Street bandmates walked off stage at the Philadelphia Spectrum after turning in a three-and-a-half hour show typical of the legend that now precedes them. It was one of many nights in the City of Brotherly Love that the E Street faithful in attendance would never forget, and for the worst reason. As Bruce and the band strode toward the dressing room, a roadie delivered the shocking news that John Lennon had been shot.

The next night Springsteen and band returned to the Spectrum. “It’s hard to come out and play tonight when so much has been lost,” Springsteen told the crowd. “ The first record I ever learned was a record called ‘Twist And Shout,’ and if it wasn’t for John Lennon, we’d all be in some place very different tonight.” Then he cracked a hole in the sky and counted the band into “Born to Run.”

It was two months into the original River Tour and Springsteen was still standing in the shadows of giants, proving all night, every night that rock and roll mattered; that rock and roll could give life in the face of death. Thirty-six years later, on September 7, Springsteen, a few weeks shy of 67, stood in his own shadow, looking like he had even more to prove as, E Street Band in tow, he stepped onstage for the first of two shows at Citizen’s Bank Park.

Bruce Springsteen has been in an uncharacteristically nostalgic mood in 2016. When The River Tour kicked off in January the jaunt featured start-to-finish performances of the singer’s 1980 double album. By the time the trek wrapped with a run of East Coast stadiums River songs fell out of rotation, making way for requests, audibles and the loose spontaneity behind the mythic shows Boss fans chase. This was a monster run of record-breaking marathon gigs rife with potent performances and set-list heroin the strength of which the E Street nation had never seen.

The first 90 minutes in Philly felt like a fever dream — a 12-song opening stretch consisted solely of pre-1975 deep cuts from Greetings From Asbury Park, N.J. and The Wild, The Innocent And The E Street Shuffle era. Long, messy, jazzy, wordy songs like “Kitty’s Back” and “Thundercrack.” Greetings and Wild, Innocent are disorderly records that capture Springsteen’s youth as he runs to catch every idea before it races away from him; production-wise they hardly foresee “the future of rock and roll.” In 2016, raved-up “Rosalitas” and a reflective “Incident on 57th St.” reveal buried nuances the way that memories teach better lessons than a moment. But at a Springsteen show minute feels in the moment.

“Before my biography, this was my biography,” Springsteen said with a lock-jawed chuckle, plucking away over Roy Bittan’s tinkling piano intro to “Growin’ Up.” But when the crowd belted along to lines about walking on crooked crutches and finding the keys to the universe in old parked cars, they weren’t singing Springsteen’s story, they’re singing their own stories and the stories of characters who became miserable companions in lonely times.

This makes even the darkest moments of a Springsteen show a communal event. It’s what inevitably finds them all pumping firsts together during “Badlands” and taking selfies together during “Dancing In The Dark” by the end of the night. It’s the reason that these concerts are addictive revivals that keep Springsteen’s music from, as he writes in autobiography Born To Run, “receding into rock’s glorious but embalmed past.” Every night when Springsteen counts off “Born To Run” and the house lights come up, the song is just as much a living, breathing thing as it was when it opened the show the night after Lennon’s assassination.

This is what Springsteen still has to prove in 2016, that tour after tour to greater effect since reuniting the E Street Band in 1999, he still makes music that still matters. Folks in the back of the stadium might not have noticed when E Street saxophonist Jake Clemons, standing out of the spotlight, raised his arms in a hands-up-don’t-shoot pose during “American Skin (41 Shots),” a painfully prescient song that’s sadly more relevant in 2016 than it was in 1999. “The Rising” stands as a rousing anthem that heals America a little bit more with every performance. The grand theme of The River and this tour, is that life is a race against time, where your reality fights William Wallace-worthy battle with your dreams as the sand slips through the hourglass. But Bruce Springsteen’s figured out a neat trick to slow his aging — that as long he’s performing his songs, they’ll never get old. But they will get wiser, and better.

As September 7 turned into September 8 and fireworks erupted above the ballpark, thousands in the crowd had their eyes on the clock as Bruce and rocked out a closing “Bobby Jean.” A sign in the pit said it all: “Break your record.” At four hours and two minutes, this would be Springsteen’s longest U.S. concert to date, and second-longest of his career.

“Pretty sure I’m in the 220-230 [shows] range,” one Springsteen die-hard told American Songwriter after the first Philly gig. “And that was top three.” 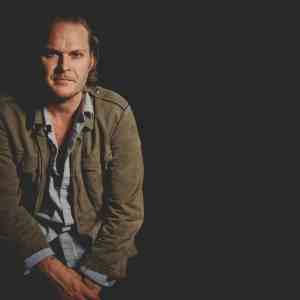 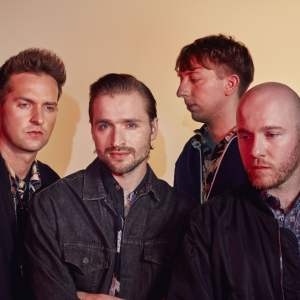