The best music sounds either powerfully human or completely beyond all life on earth. Wild Beasts have always firmly been the former, and they prove it by reaching for a higher plane on their latest album.

Far from the pastoral delicacy of their early work, Boy King is a searing, claws-out rock record. Revolving around the titular concept of control and indulgence, it sees the band embracing the bombast they once rejected as teenagers in rural northern England. To follow up 2014’s darkly slick Present Tense, the band decamped to Dallas to John Congleton’s studio. Five albums into their career, the change of scenery and sunlight proved vital for a band that’s often labeled quintessentially British.

“The most monumental difference, psychologically, between Texas and London was just the ownership of emotions,” singer and bassist Hayden Thorpe says. “Americans and Texans, to speak stereotypically, take far more ownership over their emotional state.”

Congleton pushed their newfound freedom even further. Having worked with artists such as St. Vincent, Cloud Nothings, and Anna Calvi, the producer’s raw-edged sonic palette was vital to Thorpe, alongside co-frontman Tom Fleming, multi-instrumentalist Ben Little, and drummer Chris Talbot.

“Bands need gurus, groups of people need telling what to do,” Thorpe says with a knowing grin.

“If you’re in a band, you’re woefully insecure, so you need some sort of guidance, someone to help you out,” adds Fleming.

Lead single “Get My Bang,” a slinky contemplation of consumerism, was designated as the album’s centerpiece early on and caused a year of sleepless nights before the band headed to Dallas.

“We took this six minute long odyssey to John, and he said, ‘I’ll take the last 30 seconds and put it at the start, and we’ll go from there,’” Thorpe recounts. “Half an hour later, we had a song that wouldn’t have been made unless we were there on that day with that guy in that place.”

Spontaneity was key in the studio, with Congleton promoting a first thought, best thought approach.

“That’s kind of John’s mentality: if you’re going to do something, do it once with confidence, don’t do it five times and pussyfoot around,” Fleming describes.

The result is decidedly less polished than its predecessor, with its own gritty allure.

“If someone were to take a microscope to our record, they’d probably say, ‘That needs to go into Photoshop, you need to clean this up and give it a tighter bum,’” Thorpe laughs.

While loosening up in the studio is a recent development, their self-described repression has never permeated one defining element of the band. Though Wild Beasts have always written gleefully carnal lyrics, the Boy King persona and bolder instrumentation create an outsized conduit for brazen come-ons. Not many could pull off lines like “eat your heart out, Adonis,” which Thorpe injects with white-hot fervor.

“Our other albums before this were a way of circumnavigating the abyss, of saying, ‘There’s the darkness, let’s just keep on this side of it,’” Thorpe says.

While embodying these songs might bring out his worst behavior, Thorpe and co. have arguably never been better, plunging into a world where desire and decay go hand in hand.

“Decadence is where the Boy King exists, where there’s this notion of responding to the id and getting what you want,” Thorpe notes. “That kind of decadence, Marie Antoinette-style, it’s a global phenomenon where we’ve shortened the difference between want and satiation.”

For every thrillingly predatory moment, there’s another of gorgeous vulnerability. Boy King’s preoccupation with power features album highlight “Alpha Female” paying tribute to strong women while deploying the most canonically masculine rock trope: a finger-tapping guitar solo from Fleming that he terms “ridiculous.”

“In many ways, this record doesn’t have any kind of political agenda except for personal crises,” Thorpe describes. “Tom coined it as ‘feminist cock rock.’ It’s using all these kind of phallic symbols to say something very subordinate.”

“That high-wire act of control and abandon totally appeals to me,” the guitarist says of Boy King’s embrace of shred and swagger. “That was one of the things I really enjoyed about working on this record, Hayden singing beautifully about his pain with a shitstorm happening behind him. Being caught between being really tasteful and controlled while appearing to be a rock-and-roll madman is just really funny. It’s like drinking coconut water onstage in a Jack Daniel’s bottle, it’s all a swindle.”

Having been together for well over a decade, Wild Beasts possess a rare self-awareness. After leaving their comfort zone, they’ve delivered an album that moves the mind as much as the body, inhabiting a space where reveling in baser instincts becomes revelatory.

As Fleming concludes, “This record, we’re demanding something different.” 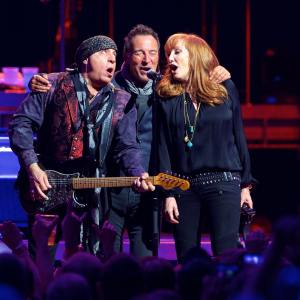 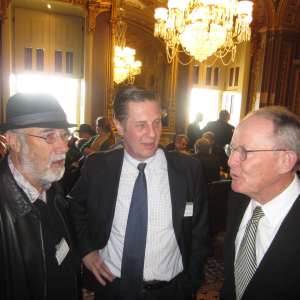