“I want people to feel it’s this cool surprise and something they didn’t expect from us,” Alex Moore, frontperson of rock band Livingmore, says about the group’s new record. “I want them to feel comfortable in feeling uncomfortable. I want them to feel good about who they are.”

Take Me, mixed/mastered by Josiah Mazzaschi (Built To Spill, Light FM), pounces away from the more straight-laced indie structures of the first record, OK to Land (2018). Instead, the quartet─also composed of Spencer Livingston (guitar, vocals), Mike Schadel (drums, keys), and Rodrigo Moreno (bass)─trade up with disco-pop flourishes, classic singer/songwriter, and a pinch of psychedelia.

“The sound has gotten bigger naturally since we first started. I don’t know if it’s totally intentional or if it’s a subconscious thing,” admits Livingston over a recent phone call with American Songwriter. “We’re definitely aiming for something bigger on this album than what we’ve done in the past. I don’t think we’re taking ourselves as seriously. Our first album, we were trying to write really good songs, and there’s a little more carefree attitude on this one.”

Seven years ago, Livingston and Moore linked up to collaborate, bonding over their shared love of The Kinks, Garbage, Modest Mouse, and Belle and Sebastian─fusing these sonic samples with Moore’s fascination with The Scissor Sisters and Depeche Mode, and later with Schadel’s curiosity for ‘80s new wave. There are even film elements, such as the work of Wes Anderson and horror films, that informs much of the work.

Their approach remains largely the same these days, beginning on acoustic guitar for a bulk of the work, or taking a track from Schadel and then toplining over it. The album, recorded in their own studio, is bigger, bolder, and brighter─and there appear plenty of transitions between songs that bleed into one another. The final guitar cries in “Energy Taken” then serves as the provocative set-up in “Closer,” for example, tugging the listener into a complete, cohesive experience. “We intended to do a little more of that actually,” notes Livingston. “There were a couple other connector piece songs, but they didn’t quite fit the vibe of the rest of the record.”

Alongside their musical experimentation, sardonic humor is woven into their lyrical fabrics, often only ever peeking out in small flashes. “The weirdest thing is a lot of the humor comes from self-deprecation and less of a funny feeling on the inside,” remarks Moore. “Then, you end up with a song where you’re just being honest and you’re able to laugh at yourself and try to make light of some serious things.”

“Energy Taken” is perhaps the finest example, a plaintive, somber track with a frigid wit pinning it together. You are just a maggot, full grown, seethes Moore through a guitar firestorm. Reflecting now, she admits that line, in particular, “didn’t really feel humorous at the time, but that part is about when you don’t really feel like you have the tools to work on yourself and your own problems. You can feel really ugly and that you’re not a complete person yet. You feel like this maggot person because you can’t deal with stress properly. With this song in particular, it’s not a solution song, but it’s like punching a punching bag. It feels like a good release.”

With “Sharp,” Moore unintentionally steps into the thigh-high boots of Blondie. From the guitar rumble to the glistening disco beat, the album opener feels like a kindred spirit to “Heart of Glass,” priming the listener for a thrilling musical voyage through time and space. “I had it in my head as a dance song, a little bit different from what the band is used to doing. I kept it from them for a year probably,” Moore laughs. “When Spencer and I work on something, it sounds more organic with him playing the guitar, and I’m usually figuring out certain chords on piano. When Mike heard it, he knew exactly where it was supposed to go and added that cool beat to it.

“I love Blondie, but I wasn’t thinking about that until I heard what it sounded like. I totally understand that comparison,” she adds. “It’s so funny. The imagery I had in my head was Elton John. That was actually more of an inspiration.” Livingston chimes in, detailing the early roots of the track. “Initially, when Alex and I were playing it together, I was trying to figure out the electric guitar part and fit with the melody she was singing. I didn’t hear it being as dance-y or as energetic,” he says. “It was more mysterious, and we were playing it at about half the speed.” Moreno later brought in his signature “four on the floor bass line, and it really tied it all together.”

Much later, “Rays” takes a page out of the Roy Orbison playbook─a melody ringing like a “Crying” b-side. “The goal was to have a haunting, rock ballad type of feel to it. I remember coming to Alex with a little section of it on GarageBand, and I put a lot of reverb on it. It took a little bit to finish it,” he recalls, not sure where to take the song next. “There are little pieces that are autobiographical. It is sort of the life-of-the-artist type of song and how knowing that life is an adventure and there’s ups and downs. When you do feel really low, and you’re struggling, you realize you asked for this. You wouldn’t be happier any other way because this is how you want to live your life.”

“Dreams on Fire” bookends the record with an Everly Brothers-influenced send-off, particularly with the close-knit harmony work. “When we were originally playing it, it almost sounded like a lullaby. It was Mike’s idea to make it into this bigger, almost with an E Street Band sound,” explains Livingston.” We moved it up a key, so our voices would cut through when we played it louder. It was intended to be more of an acoustic song. All of our songs start out really small and then see how far we can stretch them into something more.”

Take Me is Livingmore at their most adventurous. 11 songs, each as different as the last, signals they are just getting started. 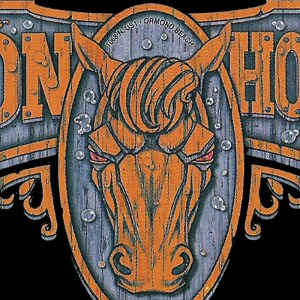