Curb artist, Mo Pitney, exhibits his storytelling ability with a sunny new single, “Local Honey.” He was lent the idea by his mother when she sent him a text one day. “I was walking into a co-write with Adam Wood and Wil Nance, and she texted me ‘local honey’,” Pitney recalled. “Since I’m grown and not living at my parent’s house anymore, I didn’t figure she was sending me a grocery list, so my mind immediately went to a song.” The single captures the pure, lighthearted summer with a local girl at the farmer’s market. It serves as a cushion between heavier narrative topics on the record, set for release on August 14.

The upcoming record, Ain’t Lookin’ Back, follows Pitney’s 2016 acclaimed debut, Behind This Guitar. He spent the between years honing in on his sound while growing his family. Pitney shared that the record comes on the heels of the lowest point in his life, spiritually and emotionally. It marks a turning point for the artist, a forward-facing rebirth. The two songs he is most excited to share with the late August release serve as album bookends. The opener, “A Music Man,” is a ballad about Having to fight this journey against outside ideas that would threaten to rob him of the original reasons why he plays music.

“As the song says, I didn’t come to Nashville to be famous, see my name in lights or be a millionaire. I just love music,” he humbly admitted. “For as long as I can remember, I’ve had a guitar in my hand, and I really don’t know what else to do. The guitar is not some surfboard that I’m using to ride the wave to stardom. It’s my favorite thing about what I’m doing. ‘And the reason why I’m standing on the stage is I have a song to share with you guys tonight, and maybe you’ll remember it when I leave when I’m gone,” he shared from the album opener.

His road to Nashville started at a young age in Rockford, Illinois. His great grandparents came up from Missouri and Arkansas for work and brought with them Southern Gospel and country-tinged music traditions. From the churchhouse to his grandparent’s front porch, every gathering revolved around music. The final track on the album, “Jonas,” is a marked highlight for Pitney. It revisits the spirituality behind his career by examining a C.S. Lewis quote. “It’s about Christ, saying that he was either a liar, a lunatic, or the Lord,” Pitney explained. The song explores the evidence of the biblical history that he rose from the dead, citing witnesses and testimonials. “There are many writings that hundreds and thousands of people saw him after he rose from the dead, so that would put a lot of weight on the words that he said while Jesus was here,” he shared.

Between the two, the topical coverage ranges broadly. There are low points, with songs that delve into depression. “Looks Like Rain” falls under this category, a raw description of what it feels like waking up on even a beautiful sunny day without the will to get out of bed. “When you feel that way, It doesn’t matter if the sun is shining, it just all looks like rain,” he offered of the retroactive reflection piece. Thematically, there’s a turning point where the album becomes a celebration of the life that Pitney is excited to live now. Songs like “Ain’t Bad For A Good Ol’ Boy” and “Mattress On The Floor” look forward to life with his wife and kids.

Building out from the core are a few songs on the fringes of the album’s story. “They’re meant to be there to tell somebody else’s story, lighten it up,” Pitney explained about this third category that includes today’s release, “Local Honey.” “I’m turning into a storyteller when I sing it because it’s not how I met my wife, but it is a funny story to tell,” he shared about today’s single premiere.

The process of producing this record was shaped mostly outside of the studio. Pitney and his new wife welcomed their first baby in 2017, and are expecting their second this month. Becoming a husband and a parent has been pivotal for Pitney, marking this album as an entirely new chapter. “It’s been a really fun journey to put it all together. To try to make a hundred different thoughts a coherent thought,” he recalled about his work with his producer, friend, and previous collaborator, Jim “Moose” Brown.

Pitney shared that he finished up a lot of work for the record before the pandemic. This allowed for a continuous release of singles, accompanied by music videos as well as get-to-know-you social media content like #MoMondays. During quarantine, Pitney has enjoyed family and finishing up the previously delayed construction of their new house in Nashville.

Watch the video for Mo Pitney’s “Local Honey” below. Pre-save Ain’t Lookin’ Back ahead of the August 14 release. 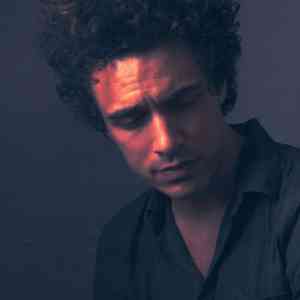 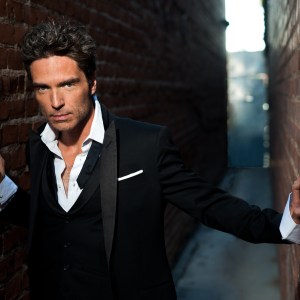