Kris Delmhorst is set to release her eight album on Friday and the veteran of the indie Americana world, continues on ‘Long Day in the Milky Way’ with her traditionally vivid songwriting, soulful delivery, and adventurous arrangements that stretch the limits of genre.

From start to finish Delmhorst takes the listener for an emotional ride that goes from whisper to roar as she weaves through melodic moments with poignant peaks and valleys.

With Long Day in the Milky Way, Delmhorst takes a surefooted stride forward. Listeners should expect lush, layered vocals and immersive instrumentation. The album finds the gifted lyricist at the height of her craft and working with a strong sense of purpose. World-weary but hopeful, the songwriter in her responds to a time of global anxiety with a missive straight from the chest. Delmhorst invites the listener to look both out and in, to take in the full kaleidoscope of life’s contradictions – persistence, frustration, heartbreak, love – and to locate the grace within the struggle, the beauty in the dark.

Push play on the Soundcloud below, listen to the words and read about where they came from. If you dig what you hear or are already a fan, consider a pre-order.

WINDS GONNA FIND A WAY –  Wind wears down the mountain grain by grain. Wind finds the crack in the door. The practice of writing requires extreme patience and faith, and what began as a meditation on that practice became a song about persistence on a more cosmic scale. The song moves in a spiral, without beginning or end, like the eternal work of art, love, change. I remember saying to the harp player, Màiri, that when it got to the last chord she should “harp the shit out of it” and that’s exactly what she did, in the best possible way.

GOLDEN CROWN – I love Malian music, and this song is directly inspired by the Malian artist Afel Boucoum, whose songs unfold like unhurried conversations between him and his rowdy bunch of female singers. Listening to music in languages you don’t speak frees you from the burden of meaning and lets you hear voices as sounds, and Afel’s songs always sound to me like swaths of handmade fabric, voices and instruments warping and weaving like colored threads. I wanted to make something textural like that, a song more substance than object.

HANGING GARDEN – How do you live somewhere you’re not sure you’re going to stay? How do you put down roots in a transient situation, or live every day in the shadow of vast uncertainty? It’s a precarious time to be a living creature on the earth, and this song is about committing to the moment no matter how unsettled it is, embracing the possibility for change inherent in shaky ground. It’s about the gesture of paying attention to the beauty of what might be gone tomorrow, what’s built on thin air.

SECRET GIRL – My daughter is old enough now that I get the strange vertigo of remembering how it felt to be her age. In this song I’m going back in time and delivering a message of encouragement to my younger self, but also to my girl, and to girls in general. It’s such a long, confusing, messy journey to grow into yourself, and so hard to believe you’ll eventually find a tribe and be seen for who you are. This song started out as a melancholy piano ballad, but I got impatient with that version, so I asked myself what kind of dance I wanted the song to make me do, and reworked it accordingly.

HORSES IN THE SKY–  This one happened quickly over the course of a few hours, then took a month or two to offer up any real sense of what it was about: the universality of grief, and the necessity of seeking out glimmers of beauty and wonder within it, holding tight to them so as not to get lost in the darkness. The solo section of this track is one of my favorite instrumental moments on the record. We couldn’t see each other, connected only by headphones in separate rooms of an old farmhouse, but the piano, electric guitar, and harp passed the solo around so gracefully and fluidly, sometimes even handing it off halfway through a phrase. This kind of collaborative voice is what I dreamed of when I put the band together, but it’s not the sort of thing you can map out – it happens or it doesn’t.

SKYSCRAPER – I had five lines that could all be played simultaneously without colliding. The initial arrangement was a team project with the three backing singers, Rose Polenzani, Rose Cousins, and Annie Lynch. We sat in a circle on the floor of an old boathouse and wove those lines into a braided, circular song form. Later I reworked the chord structure to pivot a couple times beneath the singing, so that we end up in a completely different key from the one we started in. In the studio, this is the one song where the three singers had to crowd into my little room with me to record, because the only way we can sing this together is looking right at each others’ faces.

THE HORSES – Rickie Lee Jones represents freedom to me, and artistic courage. Her work has been a guidepost as far back as I can remember, but she’s the patron saint of this record in particular. I’ve played this song on stage dozens of times, and sung my daughter to sleep with it a hundred more, and I think it’s perfect. It always feels like something, always takes you somewhere. Once I decided we’d try it in the studio I made sure not to listen to Rickie Lee’s version while I was settling into mine, but on my drive up to the studio I listened to the Flying Cowboys album all the way through, and made that the horse I rode in on.

FLOWER OF FORGIVENESS – I started this at a friend’s house in Nashville. I had a little down time one afternoon between writing meetings and I was feeling peopled out, so I was in hiding, which is often a fruitful space for me. I wrote all the verses on a borrowed guitar, sitting in a sunbeam on the guest bed. Then I wrote and threw out at least a dozen different bridges over the next year until I found one that felt right. It’s about sticking to a chosen path, the ongoing wrestling match between faith and doubt.

NOTHING ‘BOUT NOTHING – I had the pre-chorus and chorus of this one hanging around for a while but I’d stalled out with a pile of half-written verses, so I asked my friend Dave Godowsky to help me finish it. It was a leap of faith because I’m generally a solitary writer, but it turned out just fine. Dave sat on my porch with me and metaphorically held my hand and the rest of the song fell into place. I was thinking some about climate change with this one too, but ultimately it’s about hubris in general, and our society’s tendency to focus on the material at the expense of mystery.

CROW FLIES – Sitting on a rock by a lake with my guitar, thinking about an argument I’d just had, writing about about how thorny and obstructed communication can get, even with people you truly love. There was a big crow sitting in a tree above me squawking and cawing relentlessly, and I was doing my best to tune it out, searching for a chorus for the song. It took a long time for me to realize the crow was handing me my chorus on a platter. I imagine it thinking, “How long do I have to keep yelling before this fool catches on?”

BLESS YOUR LITTLE HEART – When my daughter was four, she and I were listening to a Michael Hurley record over dinner, and she started freestyling another song over the top of his song “Hoot Owls.” She had the whole structure of the song clear in her mind, would tell me what parts were coming up next, and what the backup singers would do, etc, and “Bless Your Little Heart” was the tagline. I quietly hit the record button on my phone, then later fleshed out her lyric fragments and interesting turns of melody, over an appropriately Hurleyesque groove. Cowriting with a preschooler wasn’t something I saw coming, but a good idea is a good idea.

CALL OFF THE DOGS – This was in-progress for a few years, with a million different lines and verses in play as I kept picking it up and putting it down, gradually coaxing it into a shape. Of all the songs on the record, I think I wrote this one most directly as a letter to myself, a reminder that it’s alright not to have it all together all the time. An encouragement to surrender control of the narrative, to stop trying to steer, let the river hold your weight. 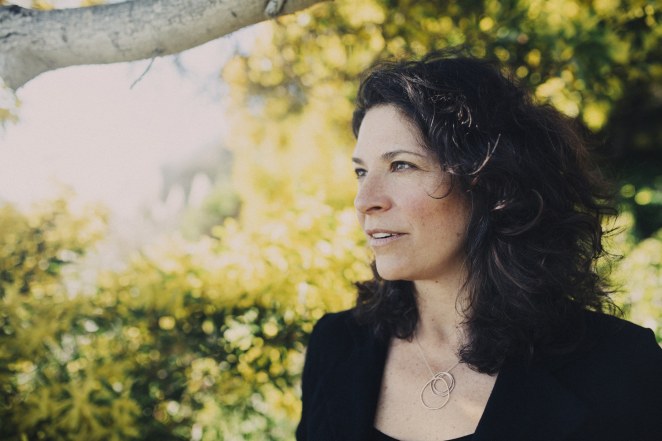