It’s been awhile since the name Danny O’Keefe came up in casual conversation. However in his heyday — that is, throughout the broad sweep of the ‘70s — O’Keefe inscribed his signature sound throughout a series of well-received albums for Atlantic and Warner Bros. Records. In the process, he left behind a classic that’s both his signature song and veritable standard, “Good Time Charlie’s Got the Blues.”

As a writer for hire, he was equally successful when it came to composing songs that were recorded by any number of notables, including Jackson Browne, Elvis Presley, Glen Campbell, John Denver, Jimmy Buffett, Waylon Jennings, Jerry Lee Lewis, Judy Collins, Dwight Yoakam, and dozens of other artists as well.

Prior to the 2000s however, O’Keefe’s recorded output began dwindling down, due he says, to lack of a record label affiliation, and the fact that his attention was drawn elsewhere. However one interest that has sustained him most of his life has been his fascination with the Native Americans, specifically as regarding the Nez Perce tribe with whom he can claim a personal bond in his native Northwest. Through his studies and friendships, he found himself drawn ever closer to their rich culture as well as a sad history that found them driven from their lands by the white man and the valiant resistance led by the tribe’s indomitable leader, Chief Joseph.

O’Keefe’s new album, Looking Glass and the Dreamers, pays tribute to valiant yet peaceful people through a series of songs the detail their heroic struggle and, in turn, the heartbreak that they had to endured to the whims of the powers that be. It’s a sumptuous set of songs, an epoch effort in a way, and one well-researched and documented with absolute astute devotion. At the same time, it’s both beautiful and bittersweet, as reflected by songs such as “Looking Glass” (the first song O’Keefe wrote for the album, dating back to 1968), “The View From Here,” “The Women Are Singing,” and “Jackson Sundown,” the latter about the Nez Perce rodeo rider, a nephew of Chief Joseph who became a frequent target of derision and discrimination.

O’Keefe says that the title track — the centerpiece of the album — actually came to him in a dream. “Looking back, it seems kind of appropriate, but at the time it seemed bewildering,” he recalls. Curiously enough though, the new album took more than half a century to come to fruition.

“It was one of those kind of projects that dealt with another culture, a culture that’s been disrespected,” he remarks. “So I wanted to be very careful. I didn’t have all the songs — maybe five or six — that just kind of came to me. And I didn’t know what I wanted to do with it musically. So when I started playing the songs for my friend, and the album’s co-producer, Gary Ogan, we sat just sat down and played acoustic versions of the material. I thought at some later point we could figure out arrangements and that sort of thing. Before we knew it, we became completely absorbed in it and added all kinds of musical tracks to it. But I still didn’t know what to do with it at that point, so I just sat on it for awhile and kept listening and listening. I finally played it for some Nez Perce friends of mine and they said that I had to do this now. I was basically told by the powers of the universe that it’s ready and that this was an ideal year for it. I don’t think it was the right time any other time. It never felt like this was the project I had to do. But this was more than a tap on the shoulder. It was like a club to the side of the head.”

In that regard, O’Keefe is also planning to publish a book on the same subject as a companion piece to the album. It was, he says, dictated by necessity. “I thought all the elements that were in the album couldn’t be fully explained in the booklet that comes with the album,” he suggests. “I thought it needed further explanation for anyone who was interested in it. The Nez Perce were a unique people and they still are. They occupied a unique niche in the Northwest. They were very skilled, great horse breeders and they lived peacefully with the exception of some excursions from some of the southern tribes. They were a very evolved culture.”

Part of O’Keefe’s initial hesitation was the result of own reticence about delving into another culture that he wasn’t inherently a part of. “I had to overcome my shyness about it,” he relates. “But I had some close friends who are Nez Perce and they liked the work and they encouraged me. So that’s why it’s out now. They told me, ‘It’s time you get off your ass and put it out!’ Well, okay!”

Not surprisingly then, O’Keefe takes his earlier success in stride. “For me, it’s pretty impossible to kind of aim a song,” he says referring to the material that found its way to other artists. “For the most part, if you’re listening to radio and trying to write something for that kind of format, you’re already a year late. You really have to write the song that comes to you, either based on an experience with things that have moved you. Sometimes it’s a little shift of energy and you have to open up to get to that energy. Often it’s caused by pain or sorrow that moves you and at the time, you can’t express it fully, so you hide them. You have to then dig them out and find them and open up that energy that’s in them and see what the pictures are that the energy gives you. Because when you’re writing, that’s essentially what you’re trying to do, to convert a visual emotional context into a verbal one.”

That was true of his signature song “Good Time Charlie’s Got the Blues,” and while O’Keefe says he recognized that it was a good tune right away, he had no idea it would leave such a lingering legacy.

“When I played it for people in the business, I knew they recognized it,” he recalls.

One of those individuals was Ahmet Ertegun, the legendary head of Atlantic Records. After listening to several of O’Keefe’s songs over the phone, he offered him the option of recording them at the legendary Muscle Shoals Studios and Ertegun himself sat behind the boards.

That led to O’Keefe’s self titled second album, released by Cotillion — an Atlantic offshoot — in 1970. (An earlier album, Introducing Danny O’Keefe, appeared on a small independent label, as did a record with a band called Calliope.) A succession of albums followed — O’Keefe (1972), Breezy Stories (1973), So Long Harry Truman (1975), American Roulette (1977) and The Global Blues (1979) — before his output dwindled down in the ‘80s.

“You have to have an outlet,” he insists when asked why his releases tapered off. “I didn’t have any labels that were interested in me. They probably looked at my career over the ‘70s and saw that I only had one hit. There were some albums that were interesting, but not enough that anybody would want to make a commitment to me. And to be honest, having been so heavily involved for ten years, I wanted to see if I could do some other things. So I basically did things that I wanted to do for a long time. I rode horse for six or seven years and wrote as well, but not necessarily with the idea of recording. In the ‘90s I became a contract writer for a pair of publishers. Then, in the late ‘90s, I started a non-profit called the Songbird Foundation that was charged with shifting coffee drinkers’ awareness to the non-sustainable methods of growing coffee that were destroying habitats and vast numbers of migratory songbirds. It was just something I was moved to do and so I spent ten years doing that. I did some benefits with Bonnie Raitt and Jackson Browne to raise funds for awareness and, working with the Specialty Coffee Association of America, we raised that kind of awareness. We started with the consumer and went from there to the ground level and it was a powerful change. I thought it was one small thing I could do to help.”

Now, with the release of Looking Glass and The Dreamers, O’Keefe is firmly focused on other concerns. Aside from the album and the upcoming book, he says that plans are underway for a documentary about the Nez Perce as well, and that the seed money is already in hand.

“I do what the most natural thing for me,” he says. “I write songs. Hopefully someone will find a song of mine that moves them and send me a dollar or two once in awhile.” 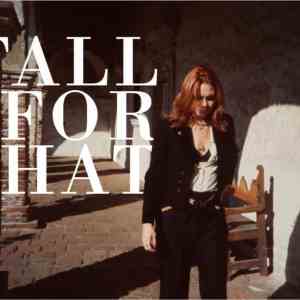