While on tour with The Mission’s Wayne Hussey during the fall of 2019, Ashton Nyte found himself playing stripped down, acoustic versions of a predominantly plugged-in catalog of music spanning 25 years and nearly 20 albums between his musical project The Awakening and solo material. Upon returning home to St. Louis, the South African-born artist was still drawn to the lack of big production and arrangement around the previous live setting that he started exploring some older tracks that would fit this environment, while newer ones flooded in for what would become Waiting For A Voice (Intervention Arts).

His seventh solo album, Waiting For A Voice is Nyte’s most exposed deliverance. Stripped of electric and darker waves, it fills a deeper folk-fused void that Nyte has somehow evaded until now. Flawlessly poetic in its lyricism, Nyte opens a chapter of his life that is intimate, reflective, and enlightening, traversing childhood inspirations, a spiritual and mystical connection to nature, and how everything somehow comes full circle.

Enveloped in a cinematic sweep of acoustic-driven arrangements, Waiting For a Voice is delicately weaved around Nyte’s textured storytelling and lush vocals from the opening slow build of the title track, a gentler ebb and flow of “Ocean Song” and “This Isolation,” and Nyte’s melancholic balladry of “Has Anybody Seen My Love.” Drifting into “I Asked for Nothing” Nyte reflects And as the truth needs pain for comfort / We talk in rhyme just to prove we believe / Out in the shade of none but the desert / I asked for nothing / And you gave me nothing / So just let me be. Every word and phrase is fully concentrated throughout Waiting, from the darker brood of “Time (Just Before The Light Got In)” and “Soon It Will Be Morning,” or the gypsy folk of “Disappear,” through the more haunting, piano-led “Awake” and closing swell of “Icicles.”

“The new album is very much where I am now on so many levels,” shares Nyte. “Once I had written the title track, the floodgates opened, and everything came out. It felt like a realization of a dream or a desire that had been brewing for the last 10 or 15 years.”

In processing Waiting For A Voice, Nyte also revisited another project he had put on hold for some time, releasing a book of his poetry and other written works. Accompanying the album, “Waiting for a Voice” unveils more of Nyte’s personal world and the making of the album all threaded in poetry—including an homage to New Orleans and deeper ruminations—lyrics, random thoughts and revelations, a mystifying tale of “Ghostboy” and other short stories, and additional musings, like Nyte’s lifelong dream of playing The Rocky Horror Picture Show’s sweet transvestite Frank-N-Furter.

As the two parts of Waiting For A Voice started coming together, Nyte was left devastated after the untimely death of his father in February. In the end, the remaining work took on more profound meaning. “I’d finished writing the album before he passed, but I had only just started on the book, so there’s a lot of dealing with loss,” says Nyte, who closes the book with a affecting poem-letter to his dad entitled “My Father’s Hands.”

“It was the last piece I wrote for the book, and wept my way through that particular stream of consciousness,” says Nyte. “It seemed fitting to leave it as is, both from an editing standpoint and its place in the book. I honestly couldn’t stop thinking about his hands, and all they had done for me and had to write some of that down.”

Within its collective 12 tracks, three—“I Asked for Nothing,” “This Isolation,” and “Disappear”—were originally written a decade or so earlier but never found a place on a full release. “This Isolation” nearly made it on to Nyte’s 2015 release Some Kind Of Satellite. “It was a full band version, which would have been awful, because the version that is on this album is very true to the demo that’s been living in the shoe box under the stairs for the last 10 years,” says Nyte. “It made sense to include songs that I’ve always wanted to see shine in this sort of context. Some things are just worth the wait.”

“I Asked for Nothing” was one of two song’s Nyte ended up performing at his father’s memorial service. “I shared the demo with him many years ago and this was one of his favorites,” says Nyte, whose father was also of fan of the more roots and country references of his fifth release The Valley (2009). “I started that song with whatever it was that I was trying to say at the time, and it now has these associations with my father. That’s what’s wonderful about art, the way it does morph for both the listener and for the creator.”

Also layered in its meaning for Nyte, David Bowie’s “Heroes,” the other song performed for his father, was originally recorded as a gift to fans and was never intended as part of an official release. Despite some trepidation in releasing such a big song by his musical hero, Nyte eventually included the more tender rendition on Waiting For A Voice. Deepening his ode to the artist who shaped him immeasurably, Nyte also penned the nocturnal folk tale of “Dark Star.”

“It was quite intentional,” says Nyte of the track, the title a play on Bowie’s final bow of Blackstar. “I’m singing about what Bowie represented to me literally since childhood, but I’m singing it in a voice from childhood. The melody has got an almost nursery rhyme sort of feel to it, an almost ‘Twinkle Twinkle Little Star.’”

Subtle in its instrumentation, Nyte wanted each narrative on Waiting For A Voice to play out naturally through every arrangement and sound effect, right down to the gramophone scratches opening “Soon It Will Be Morning,” and allow each word, and story, to shine. “In keeping with all things organic, I didn’t want a bunch of programmed sounds or a sound library,” says Nyte. “I wanted all of it to be mine.”

There’s also the subtext of things coming full circle as 2020 marks the 20th anniversary of The Awakening’s fourth album The Fourth Seal of Zeen and Nyte’s glam-infused solo debut The Slender Nudes. Reflecting on the varied detours in his musical career, whether shifting from his goth-industrial roots with The Awakening through his own exploratory solo catalog, including an album in his native Afrikaans, 2014’s Moederland, Nyte has always operated on his own musical spectrum.

“When looking at what I’ve been writing over the years, I’ve always written songs that would ultimately have fitted in with what I’ve just put out,” says Nyte. ‘For whatever reason, they never quite found their way in filling a full album, or a full project, or full idea.”

Having the confidence to reveal this more vulnerable side was another reason why Nyte held off releasing a piece of work like Waiting for a Voice. “It actually takes a lot of confidence to be this intimate and to write lyrics that are as raw and as honest as the ones on this record,” he says. “I’m not sure it’s something I could have done all those years ago or even a few years ago.”

All the pieces of Waiting For A Voice are a clear example of how life imitates art, says Nyte. “What you create in your art influences your life and so the circle continues,” he says. “There’s certainly reflection. There’s certainly a lot of references to childhood and to growth and self discovery and awareness. It’s not preachy or a life guide or anything. It’s just me trying to figure out where I fit in right now, and dealing with loss and dealing with the various challenges that life continues to inflict upon us.”

Written in the more traditional sense on guitar with a note pad—“Awake” was the sole track pieced together by piano—Nyte typically writes from multiple angles. There’s no specific format. Sometimes it starts with a beat in his head, a vocal melody, or a poem that evolves lyrically.

Waiting for a Voice is most reflective of Nyte’s artistry now and the singer-songwriters who have always drawn him in, often referring to Cat Stevens, Neil Diamond and countless others. “I love the organic experience of it all, especially because I’ve done so many different things over the years,” says Nyte. “The Awakening has been anything but stripped down. It’s usually 50 different things going on at any moment in a song. I’m not being dismissive of older works. It’s just that honestly, throughout my life, I’ve always come back to this style of music as a listener more than anything.”

Referencing the title track’s refrain of But still I chase horizons, waiting for a voice, Nyte says, “It’s kind of like I’m going forward anyway” adding “I’m reluctant to use terms like ‘journey,’ but it really is. There’s so much in the writing of the album and the book that is speaking about that state of mind. It’s some of the most revealing lyrics and thoughts I’ve ever put out into the world.”

Joking that he’s gone the reverse from the typical singer-songwriter route, since most artists tend to start out acoustically and work their way up sonically, Nyte is content where he has arrived. “I just thought, why am I delaying doing this thing that I’m clearly so attached to,” says Nyte. “I’ve gone the other way around. I guess I’m backwards.”

He adds, “I do like to think of it as progress, because for me, it’s very freeing and liberating to work this way. Something as simple as playing with your fingers instead of a pic, even that is just a step closer for me to being that much more interwoven with what it is that I’m doing and trying to stay in that space.”

Still progressing, Nyte recently recorded “The Outside,” a track co-written with Michael Ciravolo for his Beauty in Chaos release The Storm Before the Calm, on Oct. 31, and a follow up to Nyte’s “Storm” from the project’s 2018 debut.

A self-professed compulsive songwriter, Nyte is constantly working on more music, and has dozens more songs for another release. After all, he still has more stories to tell.

“I think ultimately the album and the book are words of hope and Lord knows we could all do with a little more hope now,” says Nyte, who has received numerous messages from fans sharing their different connections to the album. “Whether it’s with loss, or difficulties with disease, or whatever it is that they’re going through, they’re finding some solace, hope, or encouragement. It wasn’t contrived to have that effect. I was just trying to sit down and reflect on where I am today.”

Nyte adds, “Putting this album out feels like a new chapter for me.” 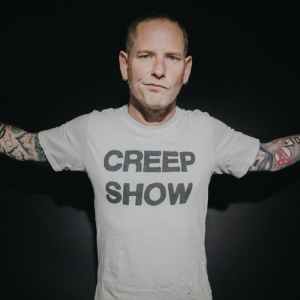 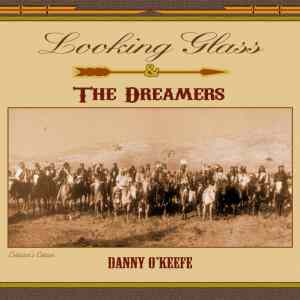