Lou Canon’s third album, Audomatic Body, opens with “The Chorus.” Mimicking the dramatic mechanism of the same name, it features most of the voices that will later be heard on the record, and starts to sketch out motifs that will resurface throughout the nine songs that follow.

“Reimagine the body,” a breathy croon echoes in the first line. “Slow down the pleasure, no protest in desire,” the modern-day chorus continues.

It’s an introduction to a collection of songs that hear Canon reflecting on the evolving nature of relationships; the struggle to stay together, the wax and wane of passion, the ways that sensuality can change as years go by, an ode to the human experience.

The the course of the 10-track offering, Canon moves nimbly through a soundscape can take its listeners through a variety of visceral experiences — some of her own sonic doing, some at the whimsy fixed on the mood the listener takes the tracks in.

Canon offered a track-by-track to the readers of American Songwriter in advance of its release. Take a listen to the newly released “Sleeper Wave” and read what inspired it.

The Chorus
I sing the lead on this record, but there are ten other voices that join me throughout. This first song honours our collaborative efforts. The Chorus introduces these voices collectively. They set the tone. They temper the mood and provoke contemplation. They ask us to soften, to turn inward to the body, wash away its heavy burdens and reach towards pleasure. The chorus was originally used in ancient Greek theatre. Performers would dance, sing, or talk in unison, acting as an emotional guide for the audience.

M.O.T.R.
This is a sensuous song. It speaks to a time when we feel flat. When as lovers we have lost the ability to see one another. When we need separateness to understand the ways in which we can still be together, stay together. I wrote this song on a trip in California in February, 2019. I was next to the Pacific coast, at the mouth of the Russian River. I was alone. Tucked away in a one room cabin, working feverishly day and night — I felt alive, I felt electric, I felt free and honest. As though my body was learning to breathe again. There’s a spoken word segment tucked in the middle of this song delivered in French. It really is the belly of this record. It’s meant to acknowledge those raw emotions that are so often difficult to share. When we ask ourselves, when we ask our partners, do you really see me?

Next to You
Next to You is not about a one night stand. Or a fleeting relationship. It’s about the decision you make every day – day after day – to be with your partner. It’s about desire, curiosity, and exploration. And the need to uncover those delicate intricacies in one another that words cannot often express.

We Fight Until We Feel
This song is about the toxicity that quiet imparts on a relationship. There is a silence that can come before an eruption. When we muzzle our words in order to protect the ones we love. And we sit uncomfortably, knowing that what is said cannot be unsaid.

Aurelie
I imagined this song to be an introduction of sorts, or a prequel, to the song that follows. It spirals you into an alternate universe: where the body goes after the death of the soul or the end of the heart; or the setting where we begin again. I’m not sure. I was travelling on the train to and from the recording studio and I started to obsess over field sounds. I’d wander around, getting into every corner. There was a woman on the train that greeted me multiple times, on multiple trips. She served me tea – she scanned my tickets. She was otherworldly in a way, with the most sing-songy speaking voice. I grew enamored with the idea of capturing it. In the end I forgot to ask her name. So I gave her one, Aurelie. I named her after the cabin I slept in the night before I got married. On my liner notes I credit her as: “the girl on the train to Montreal.”

Sleeper Wave
I am equal parts enthralled and equal parts terrified of the ocean. Every day while writing in California I would break somewhere around four o’clock, walk down to Goat Rock Beach, and listen to my works in progress. I would always pass by these cautionary signs warning about the sleeper wave: a rogue wave that would creep up out of nowhere, take you from your lull of comfort, and drag you deep into the unknown waters. They were unpredictable. Striking at random. So wildly devastating. At the time I was also dealing with the loss of a friend – my publicist. And I couldn’t help but draw a parallel between unexpected death and the dreaded sleeper wave.

Boogie Time
I normally write alone. I am deliberate and calculated. But on this song my ideas weren’t completely developed. Mark (my co-producer) challenged me to write on the fly, as he was rolling. It was awkward, I felt vulnerable. But it morphed the song into something really special. Although we struggled with this one, it turned out to be one of my favourites on the record.

Ancient Chamber
Ancient Chamber is a space that belongs to a woman. It is a room, a world, an idea, so defined by her relationship to the body. Much of the song’s tension was provoked by Sheila Heti’s novel, Motherhood. In some ways there is a feeling this could be an anthem for revolt. This song was written with movement in mind.

For Life
Marcel Proust put it rather perfectly, “The real voyage of discovery consists, not in seeking new landscapes, but in having new eyes.” 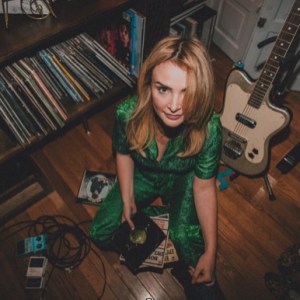 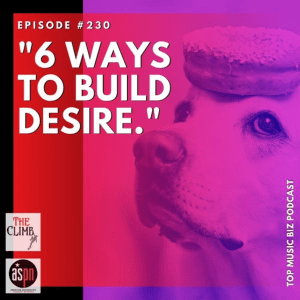