What’s in a name? That’s a loaded question Louise Goffin has wrestled with since her 1979 debut at the age of 16.

Like Jacob Dylan, Lilly Hiatt, Teddy Thompson and other offspring of established music stars, sharing a last name that has appeared on some of pop’s most indelible tunes has arguably more pitfalls than advantages. The bar for the progeny of legendary artists is set inordinately and unreasonably high.

But Louise, the daughter of Carole King and Gerry Goffin, has crafted her own impressive career and this, only her tenth release in a forty-year run (but her second in three years), shows how successfully she has navigated the choppy waters of being the child of music royalty.

According to her liner notes, a key ingredient of the younger Goffin’s music was starting her own record label in 2008.  That afforded the independence to record what she liked, rather than be guided by external business goals.

“You’re stuck in my head like an ‘80s song,” she sings on the riff rocking “Heart Attack,” a tune that lists no less than five guitarists. And like that statement, the approach to these selections is influenced by an ’80s sensibility. Perhaps touring as part of Tears For Fears’ band enhanced that because each of these ten melodic tracks is crafted with thought and care. Goffin brings in no less an icon than Van Dyke Parks to add bold, sumptuous, even extravagant strings for “Oh My God,” a love song where she sings “Every sunrise written/Was like a letter from you.” In contrast, she strips the following “Made to Be Good” down to a solo piano opening and later expands to full accompaniment as it shifts to a Burt Bacharach-inflected gem.

Vocally, Goffin combines Rickie Lee Jones’ subtle sensitivity with the soul of Laura Nyro and an innocent wonder somewhat at odds with her 60-year-old age and by now veteran status. But it’s an effervescent combination that connects on most of these original compositions. Retro influences are particularly evident on the charming “It Started a Long Time Ago” that sounds like something her mother might have crafted in her Brill Building days.  The lyrics even allude to that concept with “Movie stars from another time/Genuine and so beautifully made.”

The opening “Simple Life” grabs a bouncy McCartney-esque bass line for a hooky chorus you’ll be singing after a single spin. The title ballad shifts rhythms as it winds its way through a Nyro-styled short epic, joining the concept of movie making with the end of a relationship by including a bittersweet chorus of “I can’t make us /Something we’re not/Rewrite the lines/Reshoot the scene.” However, things slip into love song cliché on a schmaltzy duet with co-songwriter Billy Harvey for “Made to Be Good.”

The organic, colorful Laurel Canyon-era informed recording, and the vibrant songwriting, obliquely references her mom’s music, although Louise may not appreciate that comparison this late in her career. Regardless, Two Different Movies is prime singer-songwriter fare; one in which each selection kicks in quickly and, like the finest qualities of Carole King’s catalog, never overstays its welcome. We’re sure her mom is proud. 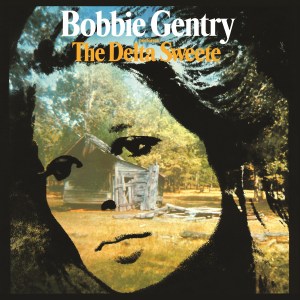 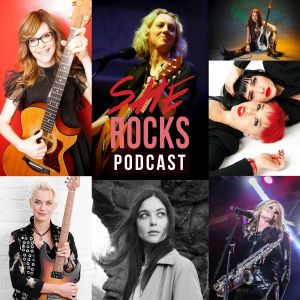